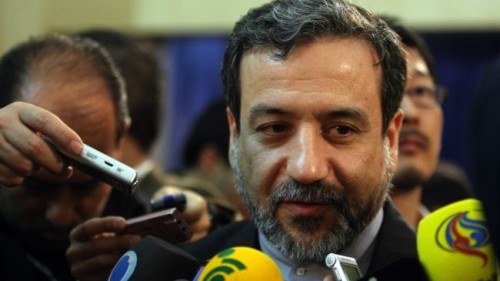 Seeking the resumption of high-level discussions for a comprehensive nuclear agreement, Iran’s senior officials have launched bilateral meetings with members of the 5+1 Powers (US, Britain, France, Germany, Russia, and China).

Araqchi gave a template expression of hope in an interview with France 24 television:

I believe we are still not in a position to judge whether or not we can achieve a deal before the deadline which is the 24th of November, but we are trying our best and we are hopeful and we are optimistic….

However, Araqchi warned that, if there was no agreement, there would be no further extension beyond the November 24 deadline: “I see very, very little possibility to extend even more. We would be in a difficult position.”

Iran and the 5+1 adjourned their last set of talks, after 16 days, on July 18 in Vienna. They agreed to extend interim arrangements for four months to allow time for a final resolution.

However, the process has been buffetted in recent weeks by a series of downbeat statements and actions, including the Supreme Leader’s castigation of talks with the US as “useless”; a new set of US sanctions against Tehran; and difficulties in Iran’s discussions with the International Atomic Energy Agency over inspections and supervision of the nuclear program.

Zarif met the European Union’s foreign policy head Catherine Ashton on Monday to discuss a possible summit later this month, but there was no sign of a breakthrough.

A claimed photograph of Qassem Soleimani, the head of the elite Qods Force of Iran’s Islamic Revolutionary Guardian Corps, in Amerli in northern Iraq after Kurdish and Iraqi forces broke a two-month siege by the Islamic State…. 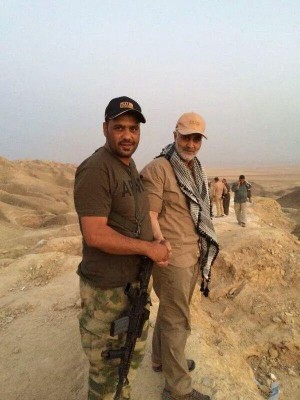 Kurdish sources reported earlier this week that Iranian military advisors were involved in the ground offensive to move into Amerli, where 15,000 residents have been short of food, water, and medical supplies.

Soleimani has reportedly made periodic visits to Iraq to advise political and military leaders after the insurgent offensive advanced through northern and eastern Iraq and towards Baghdad in June.