Iraq Feature: Women Doctors in Mosul On Strike Over Intimidation by Islamic State 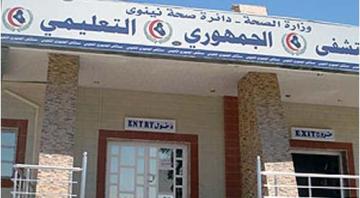 Women doctors in Mosul’s hospital have written a letter, circulating on social media and the Al-Atijah website, declaring that they are on strike because of the Islamic State’s violations and appealing for help from the international community.

The doctors said jihadists are interfering with their duties, forcing them to wear “legal hijab” covering face and hands. Male staff are not allowed to help female patients, for example, by providing anasthesia.

If they refuse the orders, they say the Islamic State’s men swear and try to humiliate them.

The medical staff also offer the disturbing revelation — in the context of claims that the the Islamic State is seeking single women for marriage to its fighters — that they are being asked for a list of the names of unmarried women doctors.

The doctors say they want the world to see the violations committed by some “ignorant men ‘who falsely claimed that their aim was liberating the city, when what they are doing in reality is nothing but sabotage”.

A related story is circulating that a female doctor working in Ibin Sina hospital in Mosul was found killed, apparently by the Islamic State.

Various rumors surround the death. One is that the slain doctor was a signatory of the letter; another is that the letter was written by colleagues after the discovery of her murder.