Monocle 24: A Beginner’s Guide to the Insurgent Advance 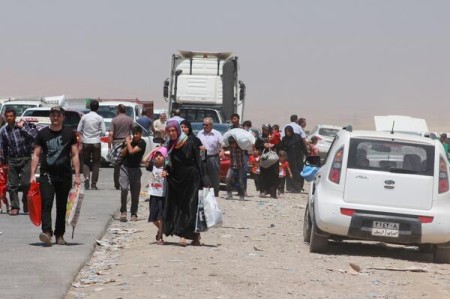 I spoke with Monocle 24’s The Globalist on Thursday morning about the insurgent advance in Iraq, including the capture of the cities of Mosul and Tikrit. We discussed the reasons behind the success, including the organization of the Islamic State of Iraq and other insurgent groups and the weaknesses of Iraqi security forces.

Hanging above all this was the question, “What happens next?”

Listen to discussion from 18:39 on The Globalist homepage or in a separate pop-up window

Points include the build-up to this week’s events, with insurgents taking parts of Anbar Province at the start of 2014, and the risk of framing development solely in the sectarian terms of Shia v. Sunni.

(PHOTO: Civilians flee Mosul after insurgents moved into the city on Tuesday)