Syria Video: How to Train Insurgents in 7 Easy Steps! 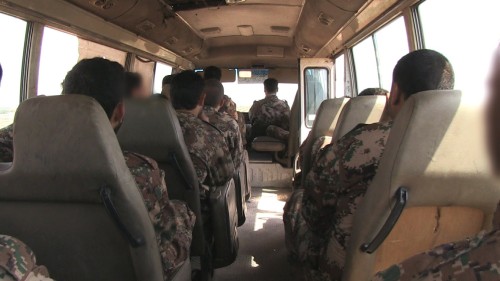 As the US Administration continues to ponder how much assistance it wants to give the insurgency against President Assad, Mohammad Ali condenses his recent documentary — in which he accompanied opposition fighters after they were trained in Qatar by American troops — into a 7-step guide on how to build up a “moderate” force in Syria:

1. Find Reliable Rebels
2. Screen Applicants
3. Bus Them Out of The Country
4. Vet Them in a Hotel
5. Fly Them to Secret Base
6. Teach Them Something “Useful”
7. Send Home. Repeat.

But Ali’s big punch comes in the final caption, “It will take several years to train 50,000 rebel fighters. Today they face regime forces that number at least 200,000.”