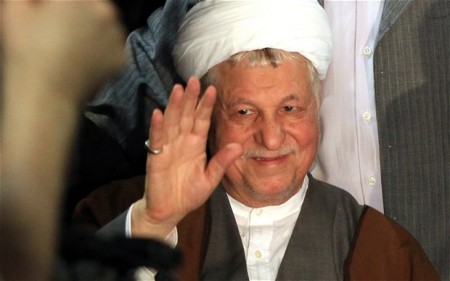 Sending a message to both hardliners and reformists, former President Hashemi Rafsanjani has effectively said that the 2009 Presidential election was fraudulent.

In two speeches in the past week, Rafsanjani has commented on elections going back to 1997, when the reformists took power with the victory of President Mohammad Khatami.

The former President then leveled his most serious charges. He said that, while reformists and Khatami had “protected people’s votes” in 1997, they abandoned control and monitoring of the 2005 ballot — which Rafsanjani lost to Mahmoud Ahmadinejad — because they knew they would not win. This in turn led to the disputed 2009 re-election of Ahmadinejad with 63% of the first-round vote.

Rafsanjani also said he has rejected the offer of the position of head of Judiciary, currently held by Sadegh Larijani, and that he would release most prisoners if he took the post:

This is not the first time that Rafsanjani has tried to sway Ayatollah Khamenei over political prisoners. In autumn 2010, he finally was able to meet the Supreme Leader with files of detainees whom he said were being abused. Khamenei rebuffed the approach.

That was a private initiative, however. This time, Rafsanjani is going public: “He knows what’s going on. He had ordered to do something about the prisoners but it was not followed up.”