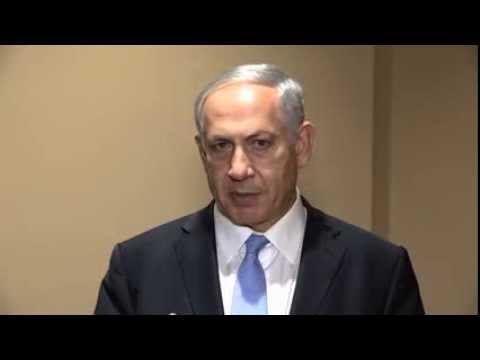 Israeli naval special forces intercepted a ship, which it claims was sent by Iran with medium-range missiles for the Gaza Strip, in the Red Sea on Wednesday.

The ship, registered in Panama travelling from Sudan, was boarded about 930 miles from the Israeli coast early this morning. The Israeli military said dozens of 302mm rockets, which have a range of about 100 kilometers (60 miles), were seized.

The rockets are similar to those manufactured in Syria and fired into Israel by Hezbollah during the 2006 Second Lebanon War.

“We have conclusive evidence that there were rockets on board the ship, and we have proof and can say with certainty that Iran is behind this operation,” a senior Israel Defense Forces officer said.

At a time when Iran is talking with world powers, is smiling and uttering pleasantries, it is also sending deadly weapons to terrorist organizations via an elaborate network of secret operations around that world that aim to funnel rockets, missiles and other deadly weapons to be used to harm innocent civilians.

This is the real Iran, and this country must not be allowed to obtain nuclear weapons. We will continue to do everything we must to protect the citizens of Israel.

The IDF officer said that the rockets originated in Syria, were loaded onto airplanes in Damascus, and flown to Iran to be placed on the cargo ship. The ship sailed 10 days ago, stopping in Iraq to disguise the rockets under cement bags. It was due in Sudan on Thursday before heading for Gaza.