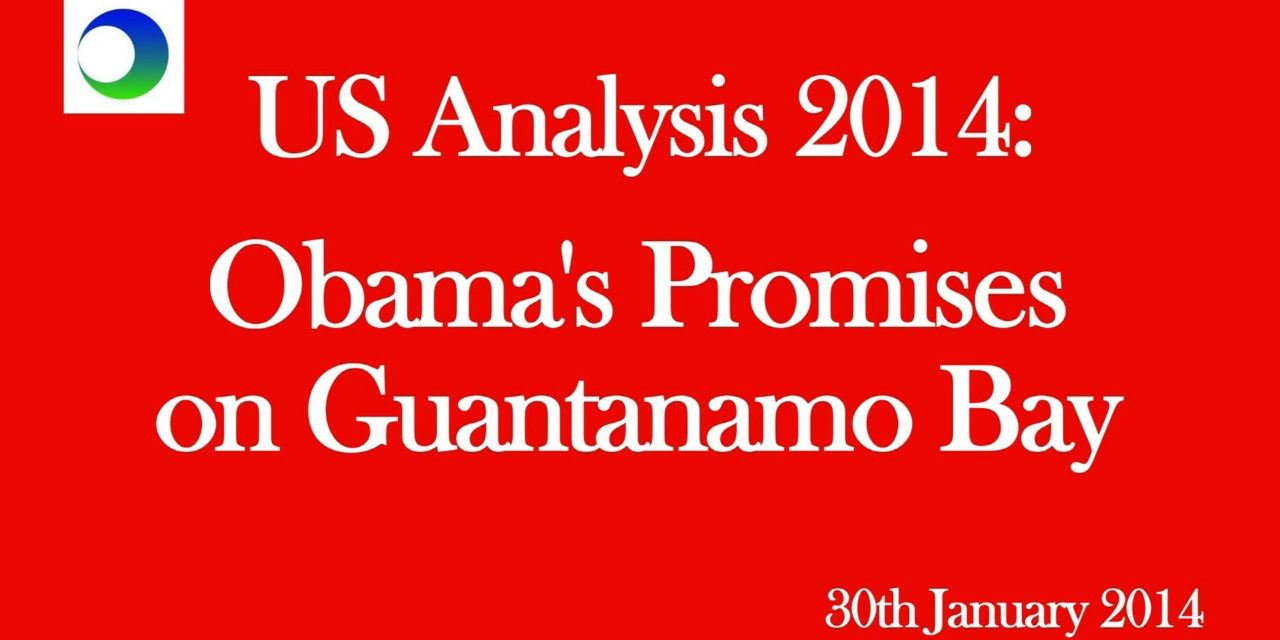 A look at President Obama’s declaration in this week’s State of the Union address that it is now the time to close the detention facility at Guantanamo Bay — the same declaration that he made in 2009…and 2010…and 2011:

If it’s Guantanamo Bay or surveillance or rendition, “you act because you believe in values and you don’t retreat because of some notion of ‘security'”.