Iran: Top Economist Laylaz “We Are Most Financially Corrupt Country in History of Middle East” 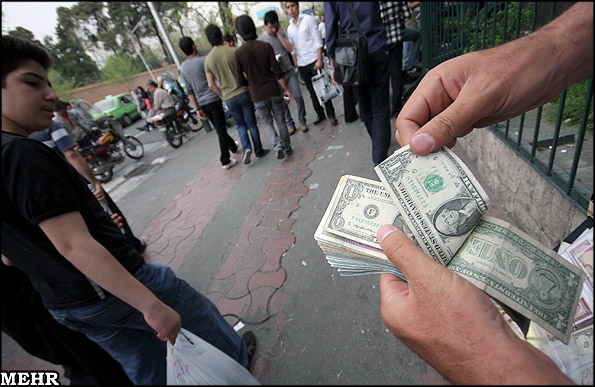 Leading economist Saeed Leylaz has declared in a lengthy interview that Iran has “turned into the most financially corrupt country in the history of the Middle East”.

Laylaz, a former advisor to President Khatami, was imprisoned just after the disputed 2009 Presidential election and given a nine-year sentence for his criticism of the Ahmadinejad Government. The term was later reduced to three years and Laylaz was released, but with the threat that he could be returned to detention at any time.

The economist told a daily newspaper specializing in coverage of industry, “What we see of corruption is the tip of the iceberg. It is important that [President] Rouhani tries to slow down the speed of this corruption.”

Laylaz cited as an example the Ahmadinejad Government’s pricing of Iranian oil at $18 per barrel — for the purchase of petrochemical feedstock — rather than $100 per barrel as “institutionalized plunder and great theft”.

Leylaz called for the “reform of] laws and evasion of laws”, although he said he was “not in favor of confronting” those who had been carrying out the corruption”: “Rouhani must protect his relationship with the Supreme Leader and the Reformists must ensure their unity with the administration.”

Iran has been shaken by a series of high-profile corruption cases in recent years. In September 2011, a $2.6 billion bank fraud was revealed, with the subsequent trials of dozens of defendants. First President Mohammad Reza Rahimi was suspected of involvement in a major insurance embezzlement.

Leylaz said in his interview:

It’s clear any owner of a mine becomes a millionaire overnight. These were concessions that the (Ahmadinejad) administration gave to special groups….The overnight and ad hoc decisions based on tariffs and imports resulted in billions of dollars being exchanged.