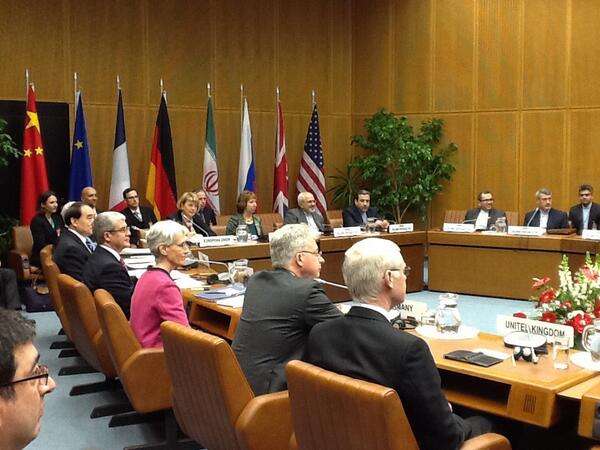 LATEST: Attack on Baha’i as “Agents for CIA and Mossad”

How US Sanctions Cripple the Tech Community

UPDATE 1030 GMT: The first plenary session in Iran’s talks with the 5+1 Powers on a comprehensive nuclear agreement has opened in Vienna:

As talks between Iran and the 5+1 Powers on a comprehensive nuclear agreement open in Vienna on Tuesday, a “senior US Administration official” — almost certainly Wendy Sherman, the lead American negotiator — has said the “complicated, difficult and lengthy” discussions are the “best chance” to resolve the long-running dispute.

When the stakes are this high and the devil is truly in the details, one has to take the time required to ensure the confidence of the international community in the result. That can’t be done in a day, a week, or even a month in this situation. But our aim remains to move in a deliberate, concentrated manner to get the job done.

Zarif said afterwards, “We believe that if the parties come to these negotiations in good faith and with the political will aimed at the resolution, we can indeed achieve positive results.”

In November, Iran and the 5+1 signed an interim six-month deal which came into effect on January 20. The two sides are seeking a comprehensive agreement by January 2015 on Tehran’s enrichment of uranium, inspections of nuclear facilities, and a lifting of US-led sanctions.

Attack on Baha’i as “Agents for CIA and Mossad”

A senior MP has launched an attack on the Baha’i religious community as agents of the CIA and the Israeli intelligence service Mossad.

Ahmad Salek, the Chairman of Parliament’s Cultural Commission said on Tuesday, “I declare very explicitly that Baha’ism is an espionage organization which gathers intelligence for the CIA and Mossad and there are abundant documents to prove this.”

Dozens of Baha’i members have been imprisoned in recent years, with their property seized, universities and schools harassed, and meetings broken up.