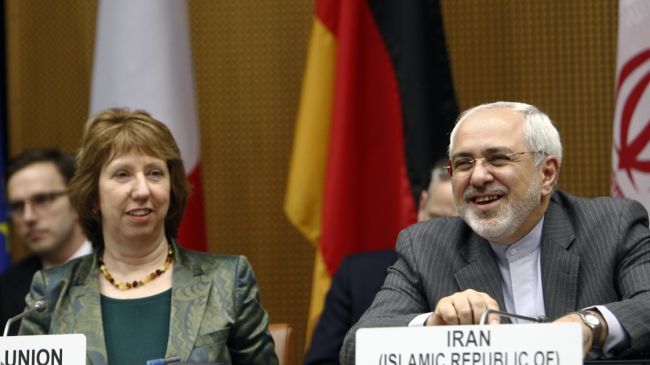 UPDATE 1345 GMT: Iranian Foreign Mohammad Javad Zarif and the lead 5+1 Powers’ negotiator Catherine Ashton have confirmed that the next round of talks will start on March 17 in Vienna.

Zarif and Ashton said in a joint statement:

We have had three very productive days during which we have identified all of the issues we need to address in reaching a comprehensive and final agreement.

There is a lot to do. It won’t be easy but we have made a good start.

Just before the joint press conference, Zarif told journalists of progress in discussions, with confirmation of further “expert” talks and monthly meetings with Ashton:

#Iran FM Zarf: We agreed on the agenda of talks to be held next rounds of talks in expert level & our level (w Ashton).

We all feel we made some progress. We can’t predict all ahead. But we do now have a path forward for how these negotiations will proceed.

The US official said Iran and the 5+1 Powers agreed to be careful with public statements to domestic audiences, realizing that a perceived “hard line” could provoke a negative reaction from the other side:

Everybody in the negotiations have domestic audiences and partners with points of view; they say things the other side won’t like. That is going to happen.

What we agreed to try to do is be thoughtful those statements have on the negotiation. And to the extent that we can, try to be thoughtful.

Iranian officials, especially in the military, have used last month’s pronouncement by US Secretary of State John Kerry that “military options are still on the table” to warn of US dishonesty and to proclaim the triumph of Tehran’s strength over American weakness.

Both Iran and the US have praised progress in talks on a comprehensive nuclear agreement between Tehran and the 5+1 Powers in Vienna.

US State Department spokesman Marie Harf said on Wednesday that two days of talks had been “constructive and useful“, with discussions continuing Thursday.

No details have emerged on the negotiations of both “process and substance” of a deal, which is being sought by January 2015.

However, Iranian Deputy Foreign Minister Abbas Araqchi said that a framework for future talks was close to final agreement, praising the “positive atmosphere” of the discussions.

Araqchi said the next round of negotiations would be from March 17 to 20 in Vienna.

Iran’s stockpile of 20% enriched uranium has fallen by one-fifth in the last three months, alongside November’s interim nuclear deal.

The quarterly report of the International Atomic Energy Agency said Iran’s 20% uranium fell to 160.6 kilograms (353 pounds) from 196 kilograms (431 pounds), with some diluted to 5% and some converted to oxide powder, which cannot be further enriched for military use.

Since August 2012, Tehran has turned more than 40% of the enriched uranium into oxide powder. Under the six-month interim deal, which took effect January 20, Iran has committed to cut its remaining 20% stock in half.

About 250 kilograms of 20% uranium, if further enriched to more than 90%, can fuel one nuclear bomb.

The report also said Iran has given the IAEA updated information on its Arak heavy-water reactor, due on-line in late 2014, and had not installed any major new components.

The US and other critics of Iran’s program have claimed that Arak’s plutonium by-product can be used for a nuclear weapon.

The daily newspaper Aseman, launched only five days ago, has been shut down by authorities because of an article about retribution for crimes.

“Aseman newspaper has been banned for publishing an article that insults Islam’s sacred beliefs and articles against Islamic regulations,” the office of Tehran’s Prosecutor General said.

The office said the newspaper’s violation was to call “qesas” — the Islamic law of vengeance — inhumane.

Aseman’s managing director Abbas Bozorgmehr, who faces prosecution, said the use of the word “inhumane” was an “unintentional mistake”.

The Iranian military has continued its tough rhetoric against Washington, despite progress in nuclear talks.

The US which has been badly humiliated by the Islamic Republic of Iran attempts to pressure Iran through a game of psychological warfare and propaganda….

Similar to its other actions and interpretations during the past 35 years, the US is making a strategic mistake again….

Generally speaking, Iran is out of the stage which could be humiliated by the major powers, and the US will soon witness its mistakes with regard to the Islamic Republic.

In another sign that opposition leaders Mir Hossein Mousavi and Mehdi Karroubi will remain under strict house arrest indefinitely, head of judiciary Sadegh Larijani has portrayed them as instruments of Washington after the disputed 2009 Presidential election.

Larijani told judiciary officials on Wednesday, “The sedition and its related issues are fully internal cases and the security and judiciary confrontation with them was made completely within the framework of law and the US and the West’s meddling in this issue is actually interference in the internal affairs of an independent country.”

On Friday, the US State Department called on Tehran to release Mousavi, Karroubi, and Mousavi’s wife, activist and activist Zahra Rahnavard. The trio were detained in February 2011 amid regime fears of resurgent protests.

“The United States’ explicit support for the seditious move was outside the normal frameworks and the recent remarks by the Westerners and the US leaders about the sedition is even more surprising, and we state very firmly that this is meddling in the Islamic Republic of Iran’s affairs and is not acceptable at all,” Larijani said.

The head of the Revolutionary Guards, Mohammad Ali Jafari, also pointed on Wednesday to the long-term detention of Mousavi, Karroubi, and Rahnavard: “Their punishment is the imprisonment which they are suffering.”