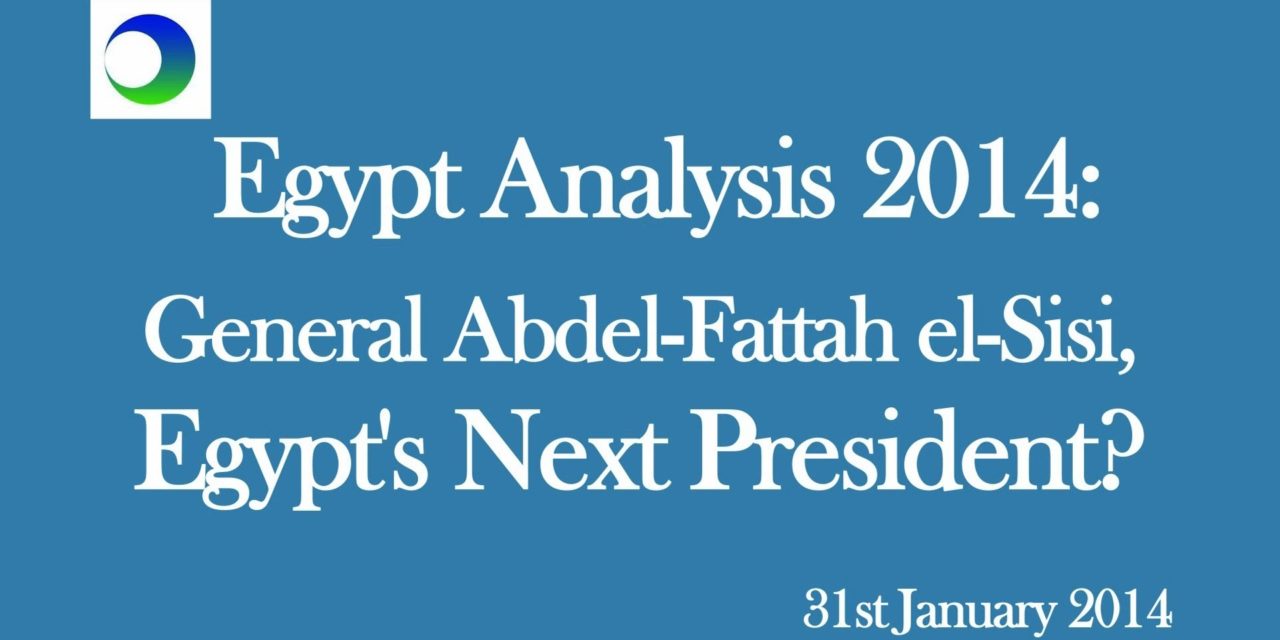 “General Abdel Fatteh El-Sisi, the man who led the July 2013 coup, the man who was supposedly above politics, is now getting into politics in a big way — and, barring an unforeseen development, he will win Egypt’s Presidential election.”

Any illusion that the military is divorced from politics will disappear, even as the General changed his military uniform for a more presentable civilian suit….

The reality is that Egypt has never had a sustainable political process since the 2011 Revolution, in the sense of ‘democracy’, accountability, legitimacy.