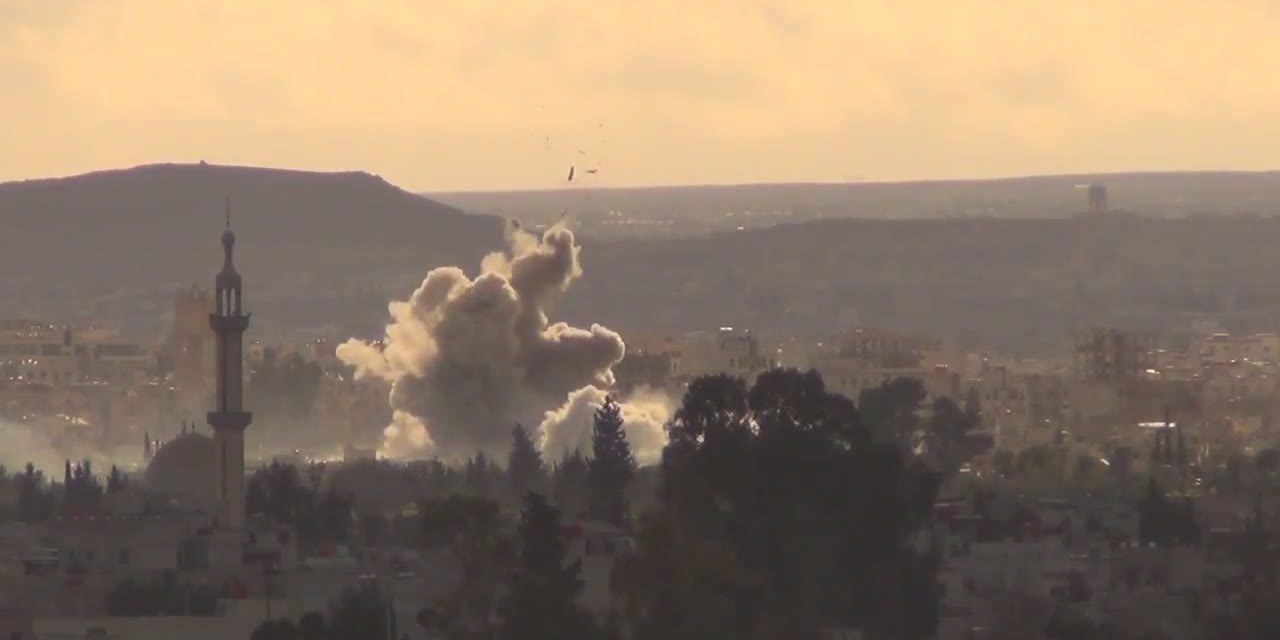 Human Rights Watch on Thursday accused Syria’s regime of deliberately demolishing thousands of civilians homes in Hama and Damascus in 2012 and 2013, in operations that violated the laws of war.

In a new report, Razed to the Ground: Syria’s Unlawful Neighborhood Demolitions in 2012-2013, HRW have used satellite imagery, witness statements, and video and photographic evidence to document seven cases of large-scale demolitions. According to HRW’s research, the demolitions “either served no necessary military purpose and appeared to intentionally punish the civilian population or caused disproportionate harm to civilians”.

The seven cases documented occurred between July 2012-July 2013 in the Masha` al-Arb`een and Wadi al-Jouz neighborhoods in Hama, and the Qaboun, Tadamoun, Barzeh, Mezzeh military airport, and Harran Al-`Awamid neighborhoods in and near Damascus. All of the affected neighborhoods were widely considered by the authorities and by witnesses interviewed by HRW to be strongholds of the opposition.

Ole Solvang, HRW’s emergencies researcher said that, “Wiping entire neighborhoods off the map is not a legitimate tactic of war… These unlawful demolitions are the latest additions to a long list of crimes committed by the Syrian government.”

According to HRW, the total building area demolished, based on analysis of the satellite imagery, is at least 140 hectares.

Thousands of families lost their homes in these demolitions.

Civilians interviewed by HRW testified that regime forces had entered their neighborhoods with loudspeakers, threatening that if opposition forces continued to fire, the military would destroy the area.

One woman who lived near Wadi al-Jouz, one of the demolished neighborhoods in Hama, testified to HRW:

Another civilian from Qaboun in Damascus testified that regime forces entered the neighborhood with bulldozers, and ordered him to leave his restaurant

“When I asked why, the soldier said ‘no more questions’ or else I would be detained,” the civilian said, adding that the regime forces would not allow him to remove his belongings from the restaurant and forced him to leave on foot.

“As I was walking I looked back and I saw the bulldozer demolishing my shop…The shop was opened by my grandfather many years ago. I personally managed the restaurant for eight years. Before my eyes, all of my family’s hard work was destroyed in one second,” he said.

HRW note that some of the demolitions were carried out around government military or strategic sites that opposition forces had attacked, including the Mezze airbase near Damascus.

Before and after images of Mezze near Damascus and Masha` al-Arb`een, Hama: 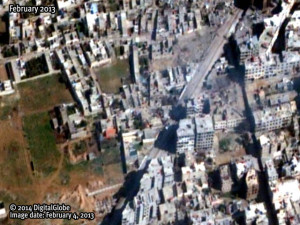 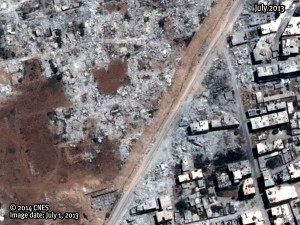 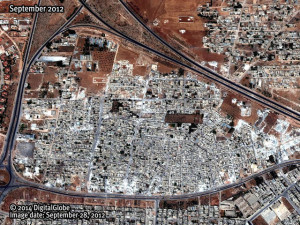 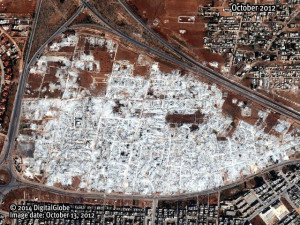 Featured Image: Video screenshot of the demolition of buildings by large, uncontrolled explosions along the main road between Mezzeh Air Base and Daraya, a Damascus suburb. Video recorded between February 4 and February 16, 2013.