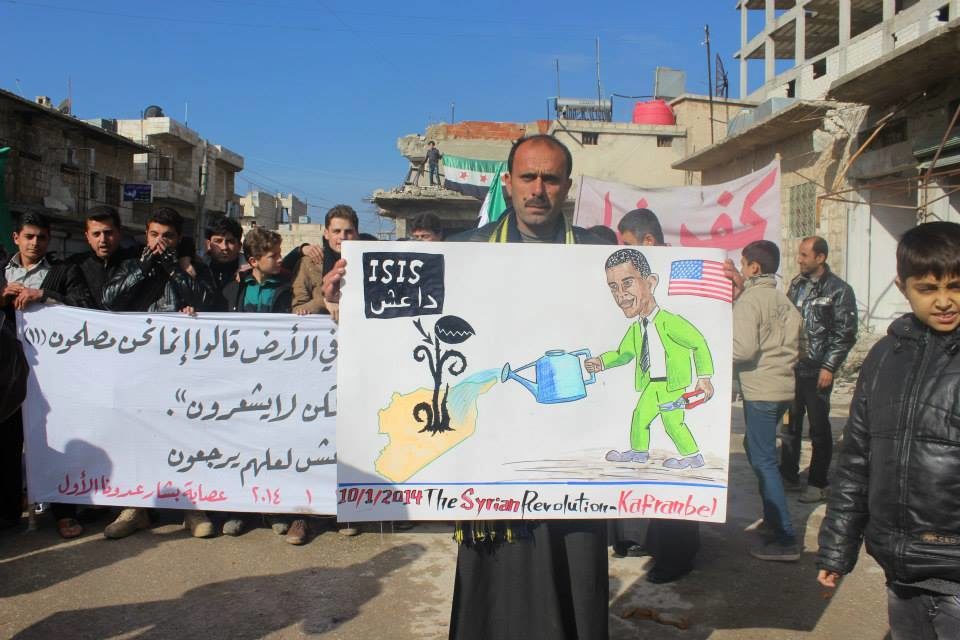 Friday saw protests against Syrian President Bashar al-Assad and the Islamic State of Iraq and ash-Sham in many cities and neighborhoods across Syria.

In Kafranbel, the Idlib village that has become famous for its artistic and hard-hitting protest banners, civilians criticized the US and President Obama for inaction that has caused ISIS to flourish. In one poster, Obama is shown watering a carnivorous Venus flytrap — representing ISIS of course — in Syria.

Footage of Friday’s protest in Kafranbel:

Images from the protests: 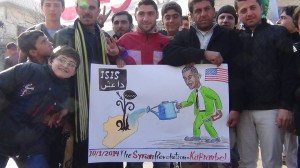 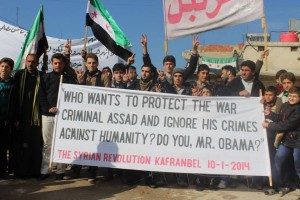 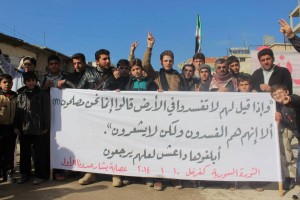 Elsewhere in Syria, protests focussed on calls for the revolution to oust “Bashar our enemy and his gangs”, as well as ISIS:

An anti-Assad protest in al-Bab, Aleppo. Notice the absence of pro-ISIS flags:

Revolutionary flags at this protest against Assad in Salah ad-Din, Aleppo:

Anti-Assad protests in Dar’aa al-Balad, which has seen heavy regime attacks for months: