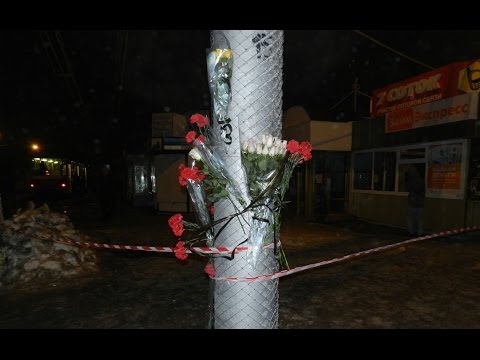 Citizens in Volgograd say they are too afraid to travel on public transport, attend public events and go shopping after two terrorist attacks on the city on December 29 and 30.

In the first attack, a suicide bomber detonated explosives in the lobby of the central station. The second attack targeted the No. 15 trolleybus route in the Dzerzhinsk district.

33 people were killed and over 65 injured.

Kavkazskii Uzel interviewed people on the streets of Volgograd on December 31.

Among those interviewed are:

Roman Vertyshev: “I’ve been advised by my relatives not to use public transport at all…I’ve started to travel round the city by taxi or just under my own power.”

Olga Zimina: “We’re afraid. We don’t travel now at all. Either its by car or on foot. We can see that there are very few people on the trolleybuses. Of course, we’re scared.”

Irina Fokina: “The kids are at home. They don’t go out… No, I won’t let them go out. We’re trying to travel either by car or by taxi.”

The reporter asks Irina whether she will go out for the New Year celebration, whether there will be people on the streets. She replies: “No, no, everyone will be at home. There can’t be any show, any holiday after that event.”

Older people said they were not afraid, or that they had no choice but to travel on public transport.

An older woman, who said she rode the trolleybus with her friend, says at 2:53:

Vasili Inyakov, an 88 year old man who remembers the battle of Stalingrad, says the terrorist acts reminded him of the war years.

When asked why the terrorists chose Volgograd, citizens said they did not know, and that the terrorist acts could have occurred in any town.