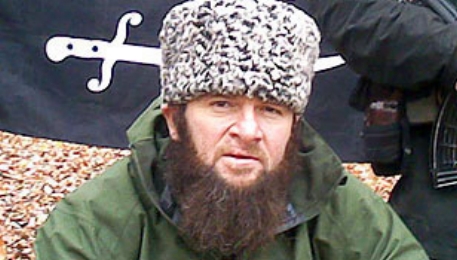 A source from Russia’s intelligence services has said that they “cannot confirm the death of (Caucasus Emirate leader) Dokku Umarov”, Interfax reports.

“Such information is not in our possession,” the source told Interfax on Thursday night.

Despite the denial, rumors of Umarov’s death spread like wildfire on social networks on Friday, hampered by the fact that a voice recording supposedly discussing Umarov’s death is in Russian. The rumors persisted, in part, because of a comment by pro-Kremlin Chechen leader Ramzan Kadyrov, who announced that “we have long been 99% sure that Umarov was killed in one of the operations” — a reference to security operations in Dagestan and Kabardino-Balkaria.

Kadyrov — who admitted that Umarov’s body had yet to be found — said that Russian authorities were in possession of a voice recording of negotiations between leaders of armed groups operating in Dagestan, which talked about the election of a new leader.

USEFUL PROPAGANDA AHEAD OF THE SOCHI OLYMPICS?

The timing of the latest rumor of Umarov’s demise, ahead of the Sochi Winter Olympics, is likely not a coincidence. Fears over security, already high following Umarov’s threats last summer, were exacerbated yet further by the series of terrorist attacks in Volgograd. Moscow has much to gain from the rumor that its security forces have dealt with Umarov, as do the Chechen authorities.

As Chechen leader Kadyrov announced via made the announcement his Instagram site on Thursday:

Journalists are asking me whether Doku Umarov is a threat Olympics in Sochi. I used to say that he is no longer among the living, and now we got a recorded conversation of so-called emirs, in which they declare his death, commiserate with each other and discuss the candidacy of the new emir. They’re not up to the Olympics. So all this talk about the threat of the Olympics in Sochi are totally groundless.

Kavkaz Center, a Chechnya-based pro-Caucasus Emirate website, denied the rumors of Umarov’s death, saying that “Kadyrov has ‘buried Umarov yet again”, a reference to the fact that this is not the first time that Umarov’s demise has been announced.

Kavkaz Center sources drew attention to the fact that such nonsense about “the death of Umarov” is not new . This is a dutiful practice, which usually indicates that the enemy does not know what to expect from its opponent.

The announcement of Umarov’s death came a day after Kavkaz Center had published a video with claimed footage of Umarov giving an address to Ingushetia.

There is no date on the video so it is not possible to determine when it was shot.

RUMORS OF UMAROV’S DEATH HAVE SO FAR BEEN PREMATURE

Kavkazskii Uzel (KU), a news outlet reporting on events in the North Caucasus region, spoke to an anonymous source from a Chechen NGO, who said:

We were told this at the very beginning of the second military campaign (the Second Chechen War), then these messages appeared periodically with reference to various intelligence agencies. But every time it turned out that he was alive. Umarov was last “liquidated” in March 2013 in Ingushetia, but in the summer, he issued a statement that he would not allow the Olympics in Sochi, and he urged his supporters to do anything to disrupt the Olympic Games.

Sergei Goncharov, the President of the Alfa Unit Veterans Association (the Alfa Unit is Russia’s the most famous anti-terrorist force), told reporters that if Umarov had been killed, the intelligence services would know about it.

“If the fact of his death was confirmed, many media and intelligence agencies would know about it and have reliable information,” Goncharov said.

WOULD UMAROV’S DEATH END THE OLYMPIC TERROR THREAT? (NO)

A common theme among the chatter on social networks regarding the rumor of Umarov’s death was that, if true, it would mean a reduction in the terrorist threat surrounding the Olympics.

Wrong, said Ahmad, a former employee of the Chechen government.

Even if Umarov is dead, we should not expect a decrease in activity of the insurgents.

The new leader, to prove his worth and leadership, will loudly announce himself. Therefore we should not expect that the situation will stabilize in the Caucasus.

Ahmed added that over the years, Russia had “killed dozens of militant leaders, but into the vacant seat there had come new leaders, more brutal, more active and more irreconcilable.”