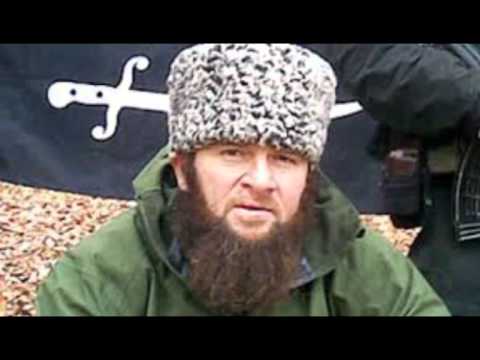 Vilayat Dagestan, a North Caucasus-based Islamist Jihadi group that is part of the wider Caucasus Emirate (Imarat Kavkaz) group, has issued a warning to Russia ahead of the Winter Olympics in Sochi.

The warning calls on Russians to stop supporting what it says is Moscow’s oppression of Muslims in the North Caucasus, and of ethnic Russian Muslims. Vilayat Dagestan (VD) refer to the December suicide bombings in Volgograd, saying that while some have condemned these attacks as too cruel, they are justified according to the Quran.

The warning ends by saying that insurgents from the North Caucasus who carry out the suicide attacks will “go to Paradise”.

The move comes after Russia’s Prime Minister Dmitry Medvedev said that the leader of the Caucasus Emirate, Dokku Umarov, was alive. Medvedev’s comments came after rumors circulated on the internet about Umarov’s death, following a remark by Chechen leader Ramzan Kadyrov.

Medvedev said, “”I think that as long as there has not been any evidence presented of death of that or another terrorist (I do not want to say any names), intelligence agencies must consider him alive”

Aleksei Malashenko from the Carnegie Center in Moscow said that the statement “does not mean anything. Why make a statement so late?… I am not sure this group is known for its activities in the North Caucasus.”

The text of the warning is translated below:

Most recently, the Mujahideen in Volgograd conducted several bombings that killed — according to the most understated figures published by the infidels — 34 people. About a hundred were wounded. To some people, these explosions may seem too cruel. But throughout, the Mujahideen are guided by Shariah and they are indifferent to the opinion of the infidels and hypocrites. It was not the Mujahideen who unleashed this brutal war, and they are not (yet) dictated the rules of the game.

These explosions are just a response to the atrocities that the infidels are perpetrating on Caucasian land.

Allah says in the Quran, “To those against whom war is made, permission is given (to fight), because they are wronged;- and verily, Allah is most powerful for their aid.”

It’s also written, “Kill them (polytheists) wherever you come across them, and turn them out from whence they drove you. Temptation is worse than murder.”

As for killing women and children, it is allowed by Sharia if you can not separate them from the men during the sabotage attacks.

And we know from the examples of the Sira that when the Companions (may Allah be pleased with them all) attacked at night or shelled enemy settlements with catapults. Although we did not welcome their deaths and never kill them deliberately, except when they appear in arms, or in cases where there is no way to separate them from men.

Until the infidels feel the bitterness of blood and the pain of loss, they will not understand that Muslims feel the loss of loved ones. In recent years in the Caucasus (and not only in the Caucasus), Russian invaders killed at least two hundred thousand Muslims, including more than forty thousand children. There are thousands of missing persons. Here we are not talking about those who disappeared under bombardment or in fighting. We’re talking about those who the infidels kidnapped and abducted every day, and they disappear them without a trace.

Tens of thousands of Muslims (if not hundreds) were forced to leave their homes and wander the globe in search of a safe place of residence. They are the ones who have left over the past twenty years. And how many were forced to leave and go begging in the past century, since imperial times?

How many died from starvation and cold in a foreign land? Tens of thousands! We have forgotten nothing and no one, and Russia will pay bitterly for its bloody policies, Insha’Allah.

But even abroad infidels don’t leave the immigrants alone, and many were deported to Russia, to torture and certain death at the request of the Kremlin gang leaders.

Meanwhile, Russian mothers and wives send their children, brothers, and husbands to do atrocities in the Caucasus, and they live happily on their salary. Perhaps they think that money does not stink . But this money will have a very bitter stench for them – the stink of blood and tears, unless they change their minds and do not take decisive action. And the Volgograders already felt a fraction of this the hard way. Because their OMON (Special Purpose Mobile Unit) takes a very active part in this war. Let this be a lesson for the rest.

Gone are the days when it was possible to destroy Muslims gratuitously.

Today, one Mujahid can destroy dozens or even hundreds of people in your own cities. And do not think that these are isolated cases and that the loss will be less noticeable to you. The number of these explosions will only grow, and they will overtake many of you.

When Russia held rallies against Kremlin policy, our Emir Dokka Abu Usman (Dokku Umarov) issued an order banning explosions among the Russian population. But this was seen by your leaders as a weakness, and in response the repression against Muslims only intensified. Dozens of houses were razed and blown up, inhabited by women and children, leaving them homeless. The scale of looting no one knows but Allah. Moreover, Putin recently issued an order for the forfeiture of property of relatives if the Mujahideen cause material damage to Russia. Thus, they intend to punish innocent people.

Regarding those convicted of jihad, or simply for their commitment to Islam in Russia, unbearable torture is used (against them) in prisons, and some are not even allowed to pray. Special brutality is used against our brothers and sisters — Russian Muslims. In schools, girls are banned from wearing the hijab, and Islamic schools and kindergartens are closed down. Hundreds of Islamic books written by world-renowned scholars were banned as extremist literature. And finally the Russian translation of the Holy Quran was banned.

All of the above — this is just the tip of the iceberg. The pain and suffering of Muslims is impossible to convey in words, it can only be felt . And after all the above, this viper (Putin) arrives in Volgograd, and declares that the Russian gang will show concern for women and children during special operations.

We know that there is no chance to reason with this cruel and bloody Russian government and that we cannot expect any adequate response from it to our just demands. But we appeal to the good sense and foresight of the Russian people you. If you want to stop this massacre, then you yourself should become proactive and rebel against this beast.

In Russia, the authorities are Jews and Masons and they don’t care about the fate of the Russian population, and especially Muslims. They pits us against each other, while they themselves rub their hands in glee, watching this. Throw off this yoke, otherwise suffer yourself.

The Kremlin gang leaders make cannon fodder from you and your children, and they themselves accumulate billions of dollars in war. If you do not decapitate this hydra, you will not have a quiet life. Until Russia withdraws its troops, until the Muslims are safe from them on their land, you will not see this security on yours.

But our sacrifices, unlike yours, are not in vain. We are only too happy to give our soul for the sake of Allah, because our dead go to Paradise . And you will burn in hell because you went against your Creator, for your war against His religion. And then do not say that you were not warned!