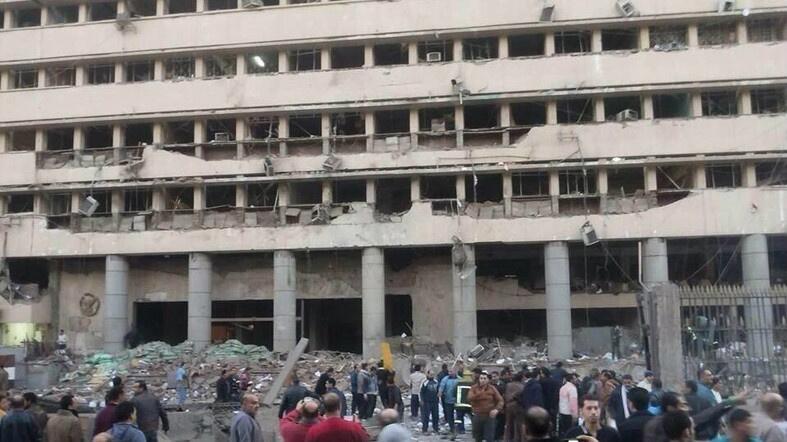 A suicide bomb at the Cairo Security Directorate on Friday morning killed at least four people and injured 76.

Security sources said three of the dead were police officers.

A second bomb killed one person near a metro station in the Dokki section of Cairo. An ambulance driver said seven people have been injured.

A third bomb exploded near a police station, causing no casualties:

Late Friday afternoon, a fourth bomb exploded near a cinema in Giza, killing at least one person.

The explosion in the parking lot of the Security Directorate, in the Bab El-Khalk district, smashed the building’s windows and ripped off parts of its facade.

Large crater where car bomb exploded. Many look on in disbelief #egypt pic.twitter.com/RkwoxPwPOK

Crowds outside the security directorate calling for death of Brotherhood, one man said "we'll take their daughters,wives&return them naked"

An Interior Ministry spokesman said initial investigations showed that a car bomb might have been used.

The attacks come one day before the third anniversary of the rising that overthrew President Hosni Mubarak.