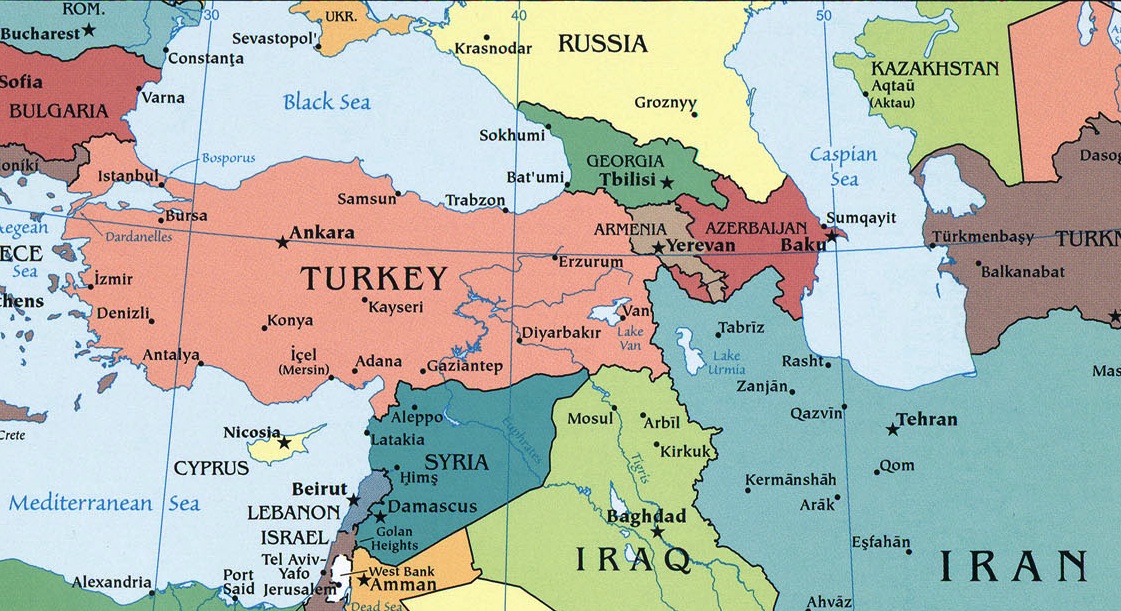 As Syria’s crisis escalates, Turkey finds itself in the crossfire of an disaster that seems to be entangling the leadership of the ruling AKP party and the National Intelligence Organization (MIT) in knots they cannot escape.

After almost three years of civil war, the United Nations puts the death toll in Syria at more than 100,000 people, with more than 2 million fleeing the country. Amid the chaos in its backyard spiralling out of control, the Turkish Government has a difficult challenge of balancing its internal/domestic interests and those of national security.

The AKP has two intertwined priorities that they are desperately trying to fulfil. How does the Government provide security and stability to the people of Turkey while at the same time forcing the Assad regime out of power?

These internal demands and regional power aspirations are compounded by Turkey’s obligations to the international community. In a joint news conference with Turkish Prime Minister Recep Tayyip Erdogan at the White House in May, US President Barack Obama stated, “The United States and Turkey will continue to support the militants in Syria, and keep working on the removal of Syrian President Bashar al-Assad.”

This statement from Washington is at the heart of the Turkish Government’s foreign policy and possibly the greatest miscalculation of Turkey’s future.

It is well known within the diplomatic and national security communities that Turkey is using its close proximity with the Syrian border to support insurgents fighting against the Assad regime. Syrian rebels and their associates now use much of the border between the two countries as a transit route, a logistics hub, and a rest stop. “Ankara’s calculation has been that Assad has to go, and Turkey will allow anyone who wants to fight Assad to go into Syria,” said Soner Cagaptay, an analyst with the Washington Institute for Near East Policy. “To Turkey it didn’t matter that much if there were some bad guys, because once Assad was gone the good guys would take over and clean out the bad guys.”

This decision by the Government has prompted serious and possibly disastrous consequences for Turkey.

Intelligence accounts indicate an increased radicalization of the Syrian rebels who are fighting the Syrian regime. IHS Jane’s estimates that nearly half the rebel fighters in Syria are now aligned to jihadist or hard-line Islamist. Additionally, Al Qaeda-linked groups such as Jabhat al-Nusra and the Islamic State of Iraq and the Levant (ISIL) have captured territory in parts of northern Syria near the border in recent months. Furthermore, recent reports assert that, Turkey knowingly or unknowingly, has supported al-Qaeda based groups in the region. T

These accounts have prompted the Turkish Prime Minister to publicly deny the Government’s involvement, “On the contrary, any such structures would be subject to the same fight we carry out against separatist terrorist groups. We have taken the necessary steps against them and we will continue to do so.” Even so, this revelation does not clear up the much more alarming question about the radicalization of Turkey’s Kurdish, Alevi and Sunni Muslim populations.

Turkey’s policy of robust support for the rebel fighters has not only failed to overthrow President Assad or the Syrian Government, but it has also had led to a rising threat from extremists linked to Al Qaeda who dominate the battlefield. American officials have recently criticized Turkey for enabling these extremists by allowing weapons and fighters to cross its southern border into Syria. President Assad warned that the Turks will pay a “heavy price” for supporting “terrorists” in his country.

The test for Turkey will inevitably come from the relationship between border security, internal unrest, and asymmetric threats. Not only bare jihadist fighters uncontrollable, but their extremist ideas may find fertile ground among many young people in Turkey.

“Turkey is going to have to make some very, very difficult decisions, given the way Syria has unraveled,” said Howard Eissenstat, a Turkey expert at St. Lawrence University in New York. “They are backing up, recalibrating and saying, ‘OK, what is our long game going to look like?'”

Jason Browder is a U.S. Fulbright Scholar with the State Department in Turkey. He has served as a Military Legislative Assistant in the U.S. House of Representatives and in Iraq with the U.S. Air Force. He has extensively covered national security issues and have written several articles on security, including on Congress’ approach to Iran and on North Korea.