Iran Forecast, Nov 10: France Blocks a Nuclear Deal — What Next? 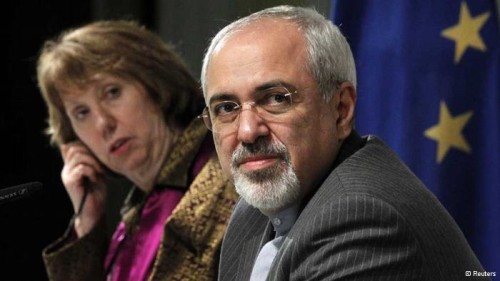 The nuclear talks between Iran and the 5+1 Powers (US, Britain, France, Germany, China, and Russia) took another unexpected twist in Geneva on Saturday, as France blocked a surge towards an initial agreement.

The two sides will re-convene on November 20 in an attempt to conclude the deal.

On Friday, the appearance of Foreign Ministers from all the participants except China confirmed signals from the Iranians that a deal — which would link Tehran’s limits on enrichment of uranium to an easing of US-led sanctions — was possible this weekend.

Five-hour talks between US Secretary of State John Kerry, Iranian Foreign Minister Mohammad Zarif, and 5+1 lead negotiator Catherine Ashton appeared to have worked out key details for a historic announcement.

However, French FM Laurent Fabius checked the optimism on Saturday morning when he warned that a rush to an agreement was a “fool’s game”. Western diplomats began telling journalists that France was blocking a deal, which the Iranians said they were ready to sign.

Fabius, breaking the condition of confidentiality set by Ashton, indicated that France had two concerns. It wanted stricter assurances on Iran’s suspension of enrichment of 20% uranium, including the conversion or handover of existing stock. Paris also was worried that the conditions set on the Arak heavy-water reactor, due for completion in late 2014, would not prevent plutonium by-product from being used in a militarised nuclear program.

#Zarif: Now,improvement of relations with the US not an issue.I would wonder if some countries would be disturbed by solving our N issue 2/3

The Iranian delegation, watching the turn in diplomacy, began telling the media that while a deal would not be reached, new discussions would quickly be held to complete arrangements. That would prevent any build-up of objections, both in Iran and the US, from critics of any settlement.

I’m not disappointed at all because the meeting we just had, very long, running after midnight, was a good meeting. We are working together and hopefully we will be able to reach an agreement when we meet again.

Ashton said, A lot of concrete progress has been achieved but some issues remain. Our objective is to reach a conclusion and that’s what we’ll come back to try to do.”

Kerry, while echoing Iranian President Rouhani’s caution that the window for an agreement “does not stay open indefinitely”, told reporters:

There is no question in my mind that we are closer now as we leave Geneva than we were when we came and that with good work and good faith over the course of the next weeks, we can, in fact, secure our goal.

Deputy Foreign Minister Abbas Araqchi, Iran’s lead nuclear negotiator, has given a diplomatic explanation for the failure to reach an agreement on Saturday at Geneva:

Brothers Masoud and Khosro Kurdpour, both journalists, have been given lengthy prison sentences on charges of assembly and collusion with intent to act against national security and propaganda against the establishment,

Masoud Kurdpour was setntenced to a total of 3 1/2 years and Khosro Kurdpour, the managing director of Mukrian news agency, to 6.

Wendy Sherman, the lead US nuclear negotiator, is heading a delegation of high-ranking U.S. officials in Jerusalem on Sunday to update the Israeli Government on the nuclear talks.

The US delegation is due to meet with Israel’s national security adviser, Yossi Cohen, intelligence officials, and senior officials in the foreign affairs and defense ministries.

US Secretary of State John Kerry is travelling to Abu Dhabi to meet with Sheikh Abudllah bin Zayed Al Nahyan, the Foreign Minister of the United Arab Emirates.

The Supreme Leader’s office has turned to Twitter to react to France’s blocking of an agreement in Geneva:

#French officials have been openly hostile towards the #Iranian nation over the past few years; this is an imprudent and inept move. 1/2

A wise man, particularly a wise politician, should never have the motivation to turn a neutral entity into an enemy.2/2 #France 21/03/2013

Following the end of the Geneva nuclear talks, President Rouhani has emphasized Iran’s basic demands, “For us there are red lines that cannot be crossed. National interests are our red lines that include our rights under the framework of international regulations and (uranium) enrichment in Iran.”

Rouhani continued, during a speech at Parliament, “We have said to the negotiating sides that we will not answer to any threat, sanction, humiliation or discrimination. The Islamic Republic has not and will not bow its head to threats from any authority.”