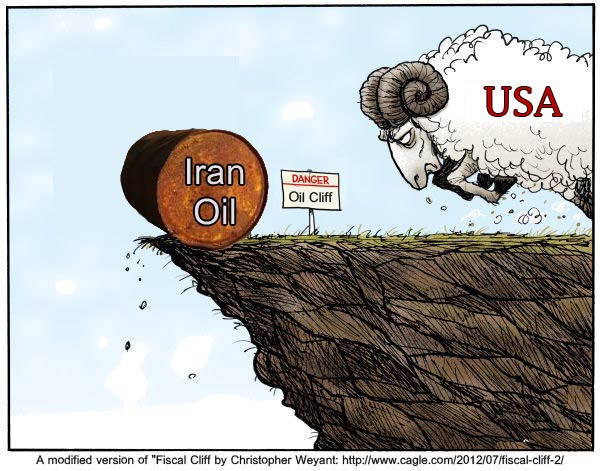 The sources, who track tanker loadings, said Iran’s crude exports, excluding condensate, are expected to fall to 719,000 barrels per day, a drop of more than 25% from September’s 966,800 bpd.

In April this year, the Islamic Republic’s sales hit a historic low of 636,000 bpd.

Iran’s oil exports were 2.2 million bpd in 2011, before Tehran was hit fully by US-led sanctions.

China had increased its purchases last month to 311,060 bpd, but its October’s imports are expected to be only 188,400 bpd — less than half the average imports between January and September.

India is expected to cut loadings 38%, compared to a year earlier, and Japan’s imports are predicted to be at their lowest since April. South Korean loadings are expected to fall about a third to 129,000 bpd in October.

President Rouhani’s office has commented on the revelation of the killing of 14 Revolutionary Guards by Sunni insurgents in southeastern Iran:

We'll deal with incident in Sistan-Baluchistan province by relying on Iranians' unwavering support in safeguarding borders of our homeland.

The Intelligence Ministry has defended guards accused of abusing and hitting the daughters of opposition leaders Mir Hossein Mousavi and Zahra Rahnavard during a visit to their detained parents on Thursday.

Narges Mousavi wrote on Facebook that the guards tried to frisk her and her sister Zahra, then verbally abused and hit them, before they saw their parents.

Mousavi, who “lost” the disputed 2009 Presidential election, and Rahnavard have been held under strict house arrest since February 2011.

An unnamed Intelligence Ministry official said, “Defying the pre-determined conditions, Mr. Mousavi’s daughter did an improper move during the meeting and failed to display tolerance when one of the guards cautioned her against her action, and violently hit them with two of her accompanying relatives.”

The official continued, “Misguided by Mousavi’s daughters, the media spread unreal stories about the nature of the fray.”

An Iranian judicial official, Mohammad Marzieh, said authorities have hanged 16 insurgents over the killing of 14 Iranian border guards in Sistan and Baluchestan Province in southeastern Iran.

The line, put out by Fars News, is that the insurgents were executed hours after an attack on Friday. In fact, the border guards were probably killed by the Sunni insurgent group Jaish ul-Adl on October 12.

The report gave no more details on the identity of those who fought with the border guards. However, Fars News, linked to the Revolutionary Guards — saying 17 guards were killed, 5 wounded, and 4 taken hostage — reports that the Iranian Sunni insurgent group Jaish ul-Adl (“Army of Justice”), formed last year, has claimed responsibility.