Egypt Video Analysis: Why Regime is Concerned About Sinai Peninsula, Not Mass Protest 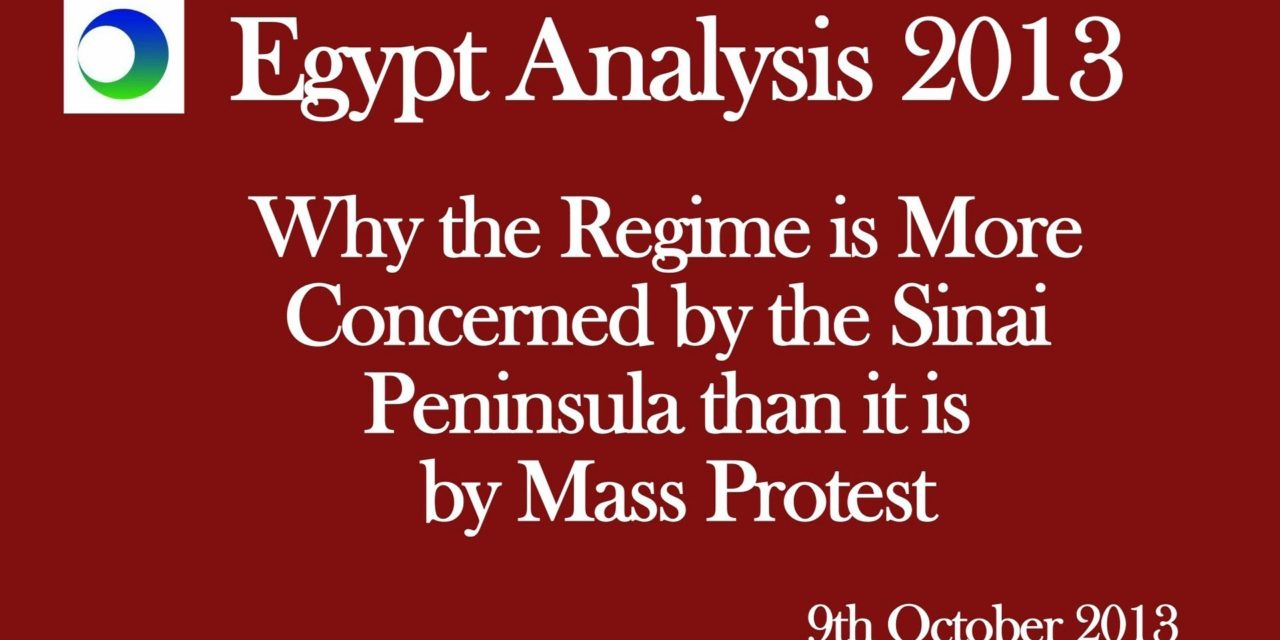 A 6-minute analysis of recent events in Egypt, explaining why the military-backed interim Government is more concerned with Salafist attacks in the Sinai Peninsula than it is with ongoing mass protests….

1. “Will the mass protests unsettle the Government? No. The movement has no clear defined goal, and the protests have no clear, defined leadership.”

2. “Instead, the regime is concerned about the threat in the Sinai Peninsula, with Islamists increasing their attacks on security forces. That is why Cairo launched an offensive last month with air and ground strikes and mass detentions — but still the Salafist attacks continue.”

3. “And it’s not just the regime which is concerned — you can add Israel, other countries in the region, and the US.”

4. “This is not just a military threat, but an economic threat.”