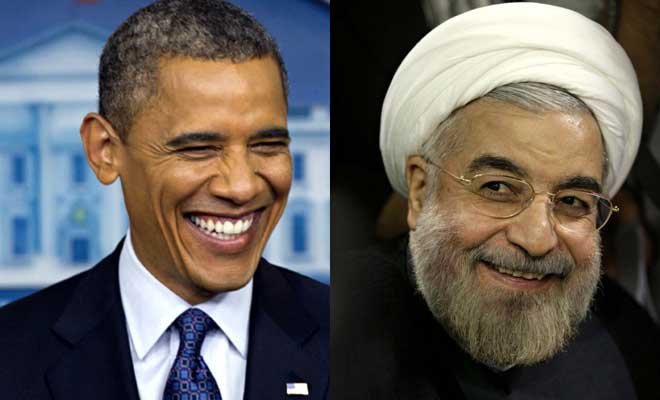 The next day, Thomas Erdbrink followed up, advertising an article that he co-wrote with Landler:

What are pen pals Obama and Rouhani actually writing to each other? @marklandler and I found out. http://t.co/GKyAUSJ8rZ

But where did Landler and Erdbrink get the “pen pals” theme?

Could it be that satirist Karl reMarks has shaped the mainstream media once again?

It’s very nice to correspond with you, I have never talked to anyone from Iran before. I work for the government here, and I have a very difficult job but I live in a nice big house with a garden. Please tell me more about yourself.

I noticed that your middle name is Hussein, that is a very special name in my culture. Are you a Muslim?

I work for the government too, but I’m also a cleric. We’re more honest here than in America about how we mix religion and government, we don’t try to pretend like you.

No I’m not a Muslim but it’s very hard to convince people over here. By the way, is it possible for us to become friends over Facebook?

Unfortunately Facebook is banned here in my country. Something about the corrupting influence of the decadent western imperialism.

So what are your hobbies?

I am sorry for the delay in writing to you, I’m having a difficult time at work because of a place called Syria.

In answer to your question, I very much enjoy flying remote-controlled airplanes.

So what is your job exactly, are you the boss like me?

It is a bit difficult to explain, I am the boss but there’s also another boss. A bigger boss. The biggest boss, so to speak. He gets to decide but my job isn’t bad.

Looks like I have to deal with Syria at work also if the big boss allows me. It would be fun to work together.
Regards,