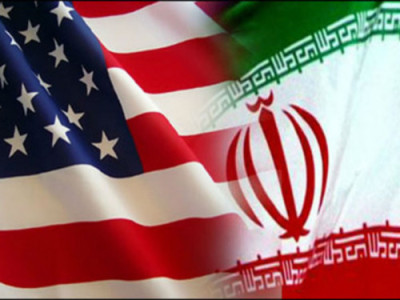 LATEST: All is Well — Trade With Iraq Strong

It is only two weeks since President Rouhani took office, but his foreign-policy line is well-established: Iran wants — and will promote — “engagement” with the West, including over nuclear talks.

Now the Supreme Leader’s office, through senior advisor Ali Akbar Velayati, has given its public endorsement. In an interview with Associated Press — itself a significant signal, given recent hostility by the regime towards Western media — Velayati promised a break with the approach of the recently-departed Ahmadinejad Government: “Repeating the same language that we had before, I don’t think it is useful.”

But how will the US and its European allies? So far the only public clue is in a phone call of congratulations to Zarif from Catherine Ashton, the lead nuclear negotiator for the 5+1 Powers (US, Britain, France, Germany, China, and Russia).

In the call on Saturday, Ashton — who is also the foreign policy head for the European Union — said the 5+1 Powers “were ready to work with the new Iranian negotiating team as soon as they were appointed”.

We have more in a separate analysis.

All is Well: Trade With Iraq Strong

Business with Iraq is strong because of the high quality of Iranian goods, particularly etergent, foodstuff and construction materials, according to Iranian officials.

“There is a high demand for Iranian products in Iraq due to high quality of the goods which are made or produced in Iran,” Iranian Consul General in Basra Hamidreza Mokhtasabadi said on Monday.

Exports through the Arvand Free Trade Zone (FTZ) in the Southern Province of Khuzestan in the first four months of the current Iranian year (started on March 21) hit $176 million, a 73% rise from the $102 million in the equivalent period last year.

National Prosecutor General, Gholam-Hossein Mohseni-Ejei, announced on Monday that indictments will soon be issued for defendants accused of involvement in the death of an Iranian blogger.

Sattar Beheshti had been charged with spreading propaganda against the Islamic Republic, insulting the values of the system and acting against national security when he died in custody on 3 November, 2012.

Mohseni-Ejei also announced that a number of suspects in the $2.6 billion financial fraud case involving Arya Investment Company will stand trial in the neart future, including one of the company’s ownders, Mah-Afarid Amir-Khosravi.

President Hassan Rouhani has declared that his administration will work towards improving the standard of living in Iran.

At his first cabinet meeting on Sunday he asked all the bodies affiliated with the executive branch to inform the government of any measures that could help improve the standard of living in the next 100 days.

The administration has begun by expediting the release of imported staple foods from customs offices.

Rouhani stated that his government will work to prevent budget shortfalls and ensure the availability of basic goods until springtime.

Rouhani “Not Decided” on Control of Nuclear File

Knocking back weekend reports that the file for nuclear talks has been given to new Foreign Minister Mohammad Javad Zarif, a Foreign Ministry spokesperson said this morning that Presidency Rouhani has not yet decided on the issue.

Iran’s nuclear dossier has always been handled by the Supreme National Security Council, which answers to the Supreme Leader. However, its last head, Saeed Jalili, has been strongly criticised within the regime over his handling of nuclear diplomacy.

The spokesman that, if #Rouhani did give the dossier to the Foreign Ministery, “We are capable and will do a good job.”

The Central Bank announced on Monday that the inflation rate from June 21-July 20 was 37.5%, with the point-to-point rate — the change in the price index over the last year — reaching 44%.

The Bank said rice and meat prices have increased 69% and 42%, respectively, in a year.