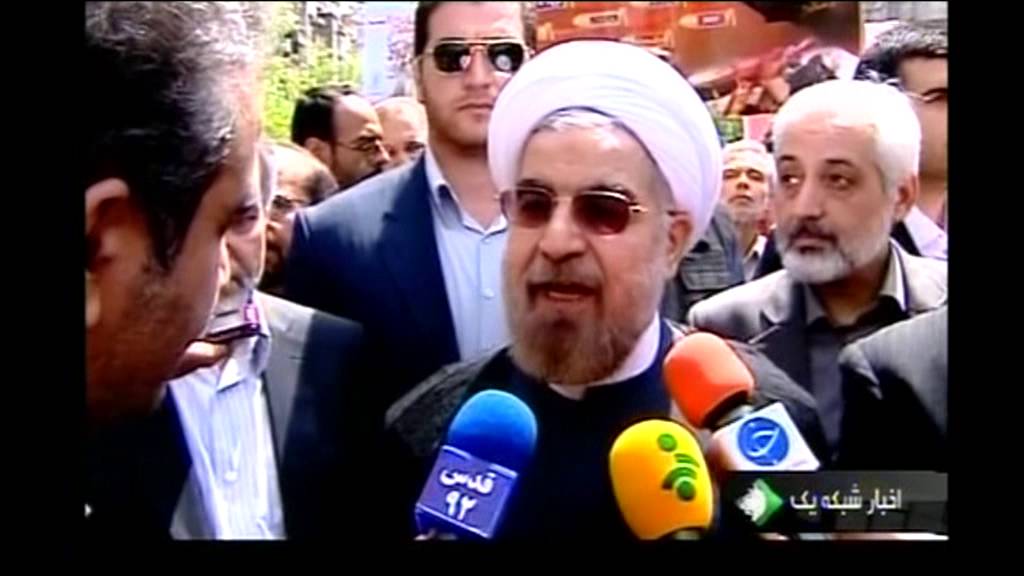 Friday’s headlines have been taken over by a political fight over comments made by President-elect Hassan Rouhani on Quds (Jerusalem) Day, specifically on the issue of Israel.

Quds Day, which is in memorial of Imam [the late Ayatollah Khomeini], is a day that people present the unity of Islam against any type of oppression or aggression. And in any case, in our region, [the creation of Israel] is an old wound that has been sitting on the body of the Islamic world, in the shadow of the occupation of the holy land of Palestine and the dear Quds.

And this day, in fact, is a remembrance that Muslim people will not forget this historical right and will always stand against oppression and aggression.

However, in a game of Chinese whispering and political manoeuvring — in the Iranian media as well as by Western and Israeli press and observers — Rouhani’s statement has been exaggerated to a call for “the old wound in the region which needs to be removed”.

The twisting of Rouhani’s words turns them into an echo of President Ahmadinejad’s declaration in 2006 that “the occupation regime over Jerusalem must be erased from the page of time”.

One example of the Iranian distortion of Rouhani’s statement was in Mehr News. Its English-language Twitter feed had an accurate summary:

#Rouhani: Occupation of Palestine is a wound on the body of Islam and Muslims. #Quds_day

However, the Mehr website originally had the President-elect calling for the destruction of Israel, before it changed its story:

@GEsfandiari @mattduss in Mehr news it quotes Rouhani as Israel wound tht mst b destroyed http://t.co/2rAC7h1GnF in video he only says wound

Rouhani is actually remarkably mild, compared to others in Iran. Local media should be more careful with how they quote their leaders…

The Associated Press, using a distorted article from the Iranian Students News Agency, fed the exaggeration — despite having a Persian-speaking correspondent in Tehran:

Ahead of his inauguration, Iran’s new president on Friday called Israel an “old wound” that should be removed, while tens of thousands of Iranians marched in support of Muslim claims to the holy city of Jerusalem.

The Jerusalem Post immediately jumped on the original Mehr article as an example of Rouhani’s extremism:

Iranian President-Elect Hassan Rouhani on Friday referred to Israel as a “wound” that has afflicted the Muslim world for years and must be removed, Iran’s Mehr News Agency reported.

“The Zionist regime is a wound that has sat on the body of the Muslim world for years and needs to be removed,” Rouhani said at a demonstration in Tehran marking Al-Quds (Jerusalem) Day, an annual show of support for the Palestinian cause. The speech also came just two days before Rouhani, described by pundits as a “moderate,” was set to be sworn in, replacing Mahmoud Ahmadinejad as Iranian president.

So did the American Israel Public Affairs Committee:

"Moderate" Rouhani: "The Zionist regime is a wound that has sat on the body of the Muslim world for years and needs to be removed" – Reuters

In contrast, Haaretz — citing an accurate summary from State outlet Press TV which complains of “reports by some news agencies distorting the President-elect’s remarks” — headlines, “Rohani’s Comments on Israel Were Distorted“.

And Iran’s Fars News not only pulled back the exaggerated remarks but criticized fellow Iranian news agencies for the original, inaccurate reports: “As a result, all of the Western and Zionist media were able to maneuver on the issue.”

Fars even Erdbrink’s tweet chastising, “Local media should be more careful with how they quote their leaders.”

Another translation of Rouhani’s remarks (hat tip to Thomas Erdbrink):

In our region, a sore has been sitting on the body of the Islamic world for many years in the shadow of the occupation of the holy land of Palestine and the dear Quds.

This day is in fact a reminder of the fact that Muslim people will not forgot their historic right and will continue to stand against aggression and tyranny.