Iran, July 3: No Justice for Slain and Tortured Protesters? 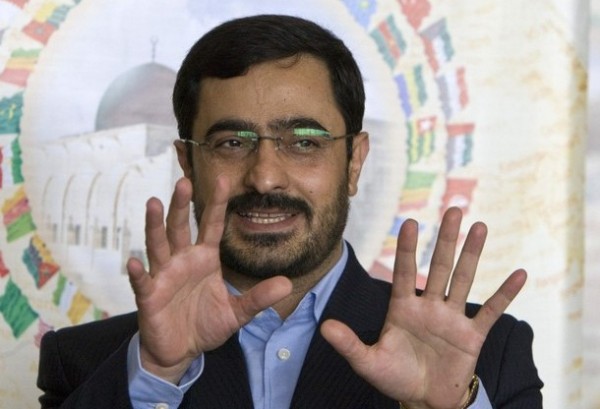 Two weeks after the Presidential victory of Hassan Rouhani, news was overtaken on Tuesday by an ongoing story from the disputed 2009 election — the abuse and killing of post-election protesters in the Kahrizak detention center.

Reports in semi-official media claimed that President Ahmadinejad’s senior advisor Saeed Mortazavi — who avoided prosecution for years in the case — may have escaped with little more than a reprimand and fine.

Mehr News Agency said Mortazavi, the Tehran Prosecutor General in 2009, was found innocent of complicity in the murder of Amir Javadifar, Mohsen Ruholamini, and Mohammad Kamrani. He was fined 2,000,000 Rials (about $160 at official rate; $65 at open-market rate) for “giving a false report”,

Mortazavi, his then-assistant Ali Akbar Heydarifar, and a senior judge permanently dismissed from the judiciary for illegal arrests, and barred for five years from public employment.

The three men killed in Kahrizak were among hundreds transferred to the facility, interrogated, and abused. The Supreme Leader ordered the closure of the center months later, but no senior figure faced accountability for the affair until early this year.

And the push by President-elect Rouhani is not just on “freedoms” this morning — his office give a Twitter endorsement to a story in Al Monitor predicting a forthcoming initiative on Iran’s Syrian strategy.

The article has nothing of substance, but Rouhani’s office give it an interesting frame:

And, on the domestic front, Rouhani’s staff look favourably on a Washington Post story:

Rouhani Makes His Move on Social and Media Freedom — Continuing

President-elect Hassan Rouhani’s call for greater social and media freedoms is not going to be confined to an interview with a weekly youth magazine — his office’s Twitter account has put out 11 messages in English summarising the main points.

#Rouhani: If some1 doesn't comply with rules for clothing, person's virtue shudn't come under question. Our emphasis shud b on virtue.

Rouhani’s office has also reinforced his criticism of the State broadcaster:

#Rouhani: When #IRIB airs birth of panda in China but nothing abt unpaid workers protesting, obvious that ppl & youth will ignore it

#Rouhani: Freedom of #expression solution to many issues #hope #prudence

Amid sanctions and the rising cost of foreign currency, Iran has increased the prices of domestically-produced drugs by 40%, according to the deputy director of the foods and drugs organization.

Shams-Ali Rezazadeh said the cost of foreign-made drugs has increased by 90%.

The Government used to provide US dollars at the official exchange rate of 12,260 Rials for the importation of drugs, but has ended this and set the rate at about 24,000 Rials.

In another notable extract from his interview with a weekly youth magazine, President-elect Rouhani has taken aim at State broadcaster IRIB:

A large population of our youth are ignoring the [state] television because in it they haven’t seen the honesty, morality, justice that it merits.

When the state TV shows a programme about the birth of a panda in a Chinese zoo but doesn’t broadcast anything about workers staging a protest because they haven’t been paid for six months… it’s obvious that people and the youth will ignore it. The solution is to have freedom of expression.

If a day comes that our television shows more news coverage than foreign networks such as BBC, then people will reconcile with it.

An EA source in Iran adds that Rouhani has been even more critical in private meetings and has said that Ezzatollah Zarghami, the head of IRIB, can plan on looking for another job.

President-elect Hassan Rouhani has used an interview with the weekly youth magazine Chelcheragh to put out ideas on relaxation of social restrictions, including an end to segregation of sexes in society, reduced censorship, and a halt to Internet filtering.

“Some of the principles of our constitution have been emphasised while others were neglected and this is why we are facing an imbalance as a result,” Roouhani said. “The freedom and rights of people have been ignored but those of the rulers have been emphasised … Restricting [the right] to criticise will only stifle and lead to inefficiency.”

In the age of digital revolution, one cannot live or govern in a quarantine….

There are political reasons. They have fears of the freedom people have in online atmosphere, this is why they seek to restrict information. But filtering is incapable of producing any [useful] results.

“Supporters of internet filtering should explain whether they’ve successfully restricted access to information? Which important piece of news has filtering been able to black out in recent years?…

Widespread online filtering will only increase distrust between people and the state.

Rouhani specifically referred to social media, invoking his mentor, “I remember that [former President] Ayatollah Hashemi Rafsanjani once called social networking websites such as Facebook a welcome phenomenon. Indeed they are.”

He also pledged to ease restriction of artistic and cultural works, “We should not tighten the red lines all the time, we should show that censorship is not our goal.”

And the President-elect pointed to a more tolerant approach to the mandatory wearing of hijab to cover women’s heads,
“If a women or a man does not comply with our rules for clothing, his or her virtue should not come under question … In my view, many women in our society who do not respect our hijab laws are virtuous. Our emphasis should be on the virtue.”