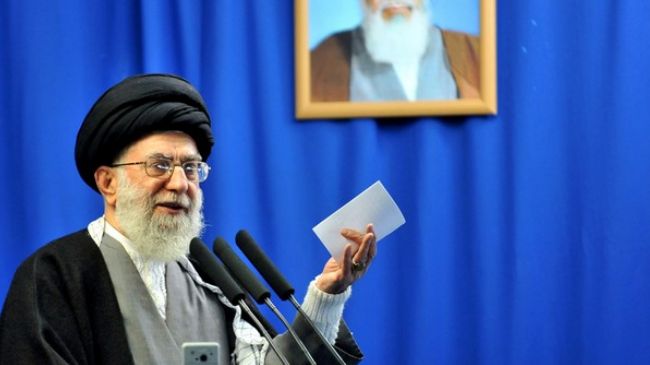 The Supreme Leader advised poets on Tuesday night that they should write about jihad “to build a Islamic society, to reform lifestyle and to strengthen national power”.

Speaking to Persian-speaking writers from Iran, India, Tajikistan, and Afghanistan, Ayatollah Khamenei offered more suggestions for topics: “The great movement of the Iranian nation, the Islamic Revolution, and the resistance against the international domineering powers”.

Or poets might find muses in “the 8-year Sacred Defense [the Iran-Iraq War], Jihad for building the Islamic society, the Islamic Awakening, and the Palestinian issue”.

The Supreme Leader also proffered writing tips. He noted, “Human feelings, yearnings and wisdom of the poet constitute the three founding blocks of a poem”, adding the caveat that “the first two should not be given too much attention at the expense of the third”.

Khamenei is not the first Leader to advise poets, suggesting that they express State ideologies in their artistic works.

Joseph Stalin, in his famous advice to creative intellectuals in 1946, suggested that artists “create such literary hero fighters of communism with whom Soviet people would equate and whom they would imitate”.

The Supreme Leader has not written poetry like Stalin — who left moving words about the flora of Georgia, such as violets — but both leaders have been the subjects of poetic eulogies.

Last year, a group called The Mehdi’s Cultural Charity in Isfahan issued an open call for poets to submit works praising Khamenei in the competition “Describing the Flower”:

The helm of the Islamic revolution’s ship following the celestial death of His Holiness Imam Khomeini, has during 22 years been in [Khamenei’s] hands. His vision and common sense and courage have widened the eyes of the world in awe.


Unfortunately, the Supreme Leader’s love of poetry and literature has had to contend with cultural censorship — not only of literature but also of music, cinema, and other forms of art — which has increased following the disputed 2009 election of President Ahmadinejad.

For example, at Tehran’s International Book Fair in 2010, the regime banned the sale of any books that had received publishing approval before 2007.

Facing economic problems and paper shortages as well as the restrictions, many of Iran’s leading publishing houses have curbed or halted operations.

There may be some hope, following June’s victory of President-elect Hassan Rouhani, that the censorship of the arts will be eased.

In a recent interview with Chelcheragh magazine, Rouhani said he wanted to minimize censorship, asserting that the State should protect artists and writers, rather than interfering with their work.