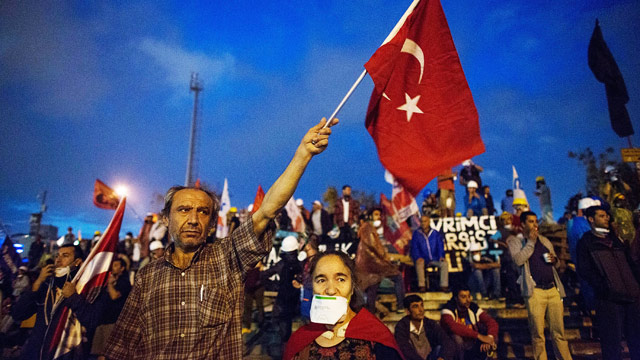 Turkey’s protest leaders, after meeting for several hours with Prime Minister Recep Tayyip Erdogan at his home in Ankara overnight, have said that there may be a tentative agreement to end two weeks of nationwide demonstrations.

The 11-member group said just after 3 a.m. local time that Erdogan agreed that the Government would not start construction in Istanbul’s Gezi Park until a court case over re-development plans had concluded. The Prime Minister added that, if the court ruled in favor of the Government, the matter would be put to a referendum in Istanbul.

“The prime minister said that if the results of the public vote turned out in a way which would leave this area as a park, they will abide by it,” Tayfun Kahraman, one of the protest delegation, told reporters. “His comments that the project will not be executed until the judiciary makes its decision is tonight’s positive result.”

The Government’s plan to turn Gezi Park, one of Istanbul’s last green spaces, into a replica Ottoman-era military barracks — hosting a shopping malls — had sparked a sit-in in nearby Taksim Square in late May. An aggressive police response, with tear gas and water cannon, led to nationwide demonstrations. 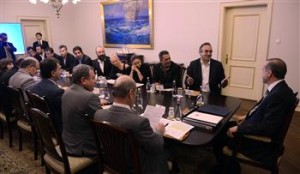 “Tomorrow, we are going to discuss all of this with the people in Gezi Park and hear their say,” said Sami Yilmazturk, a member of Taksim Solidarity. “We are not in a position to impose anything on them, but we’ve reached our goal here.”

“For the first time,” Yilmazturk added, “the government responded to us positively.”

The breakthrough came after a sharp change of course by Erdogan on Thursday. Early in the day, he had warned that police — who had cleared protesters from Taksim Square earlier this week — would move into Gezi Park. However, in the evening, officials announced that the Prime Minister would meet representatives of the protesters.

Activists and witnesses say Saudi security forces arrested dozens of people this week during protests by families seeking freedom for relatives detained on security charges. Witnesses said police quickly surrounded around 100 mostly male protesters at a demonstration in the city of Buraidah in the central province of Qassim on Tuesday and made some arrests. Some of those detained were later released. A day earlier, women and children staged similar protests in several Saudi cities to demand the release of jailed relatives, but these were dispersed by police. On Tuesday, activists posted YouTube footage showing about 50 male protesters in Saudi national robes, most of them covering their faces with red headdresses, surrounded by baton-wielding security men. The crowd, which included some veiled women in black clothing, chanted, “There is no god but God and the unjust is an enemy of God” and then “Peaceful, peaceful” as the security forces surrounded them. Saudi Arabia says it has detained a total of 11,000 people on security grounds during the last decade but that only about 2,700 remain in custody. Saudi human rights activists have said they believe the real numbers are higher and that they include people detained only for demanding political change.