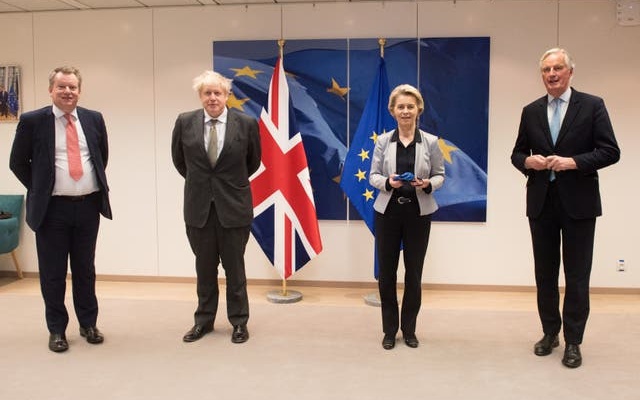 Originally written for the Centre for Brexit Studies:

There was no “Meal Deal” for the UK and EU after Boris Johnson dined with Ursula von Der Layen in Brussels on Wednesday, with the latter saying, “We gained a clear understanding of each other’s positions. They remain far apart.”

Sunday is the next “final” deadline. It may finally be ‘final’ this time, although given the number of deadlines that have come and gone I wouldn’t bet against talks still going down to the wire over Christmas. Think turkey, tinsel and trade.

And it remains very difficult to predict what will happen given differences over fisheries and so called ‘level playing field’ provisions. On the latter, the UK wants the power to set its own rules, while the EU feels that UK firms cannot have tariff free access to the European market unless they follow comparable standards to those in the EU.

Negotiations are still ongoing but the end of the transition is near. There is no guarantee that if & when an agreement is found it can enter into force on time. We have to be prepared including for not having a deal in place on 1 January. Today we present contingency measures ⤵️ pic.twitter.com/FQ4Urn9YUC

A “non-regression clause” is standard in trade deals, meaning that country A won’t reduce say labor or environmental standards and hence gain a competitive advantage over country B. That has pretty much been sorted out between the UK and EU.

Rather, the sticking point is how the UK and EU will manage divergence over time in the future, given their common starting point with exactly the same regulations and standards.

Speaking earlier in the week, Prime Minister Johnson told the House of Commons that a “good deal” could still be done, but that he would not accept a deal that could see the EU impose trade sanctions if Britain were to shift from shared rules:

Our friends in the EU are currently insisting that, if they pass a new law in the future with which we in this country do not comply or do not follow suit, they should have the automatic right to punish us and to retaliate … I do not believe that those are terms that any prime minister of this country should accept.

“Talks on Life Suppport — But Not Dead Yet”

In essence, the UK Government sees Brexit as about sovereignty and that phrase “Take Back Control” on laws, borders, and fishing waters. It fears that the EU is trying to bind it into the bloc’s (changing) rules indefinitely.

The EU meanwhile fears that over time the UK will undermine European competitiveness by diverging on labour and environmental standards and offering more “state aid” to British firms. This threat of being a “Singapore-on-Thames style” low-regulation rivalm right on the EU’s doorstep, worries a number of the 27 members, hence the demand for “level playing field” provisions.

German Chancellor Angela Merkel stressed this week that there was still a chance of a deal, but that this may not happen. She reiterated the importance of defending the EU’s Single Market:

One thing is certain: the integrity of the single market has to be maintained…. We must have a level playing field not just for today, but we must have one for tomorrow or the day after, and to do this we must have agreements on how one can react if the other changes their legal situation.

Given the talks impasse, the EU is now stepping up no-deal contingency planning.

Brexit trade talks may now be on life support. But they are not dead quite yet — both sides still seem sincere on wanting to reach a deal if possible, despite the very different viewpoints.

There is a potential landing zone but neither side is yet willing to make the necessary compromises to get there. The UK’s position on sovereignty is understandable in the wake of the 2016 Referendum, but the counter argument is that any trade deal today involves some sort of sacrifice of sovereignty, to reduce non-tariff barriers to trade by harmonizing regulations and standards.

A compromise deal might involve the UK avoiding tariffs now on exports to the EU. However, Britain faces tariffs down the line if the Government chooses to exercise sovereignty and diverge from EU standards over time, subject to an agreed dispute settlement procedure.

Heading for A Hard Brexit

As Boris Johnson flew to Brussels and back for his Wednesday dinner, lorries were snarled in big traffic jams, amid efforts to import goods ito the UK ahead of December 31. Firms are again stockpiling to avoid disruption and higher prices in a No Deal and tariffs.

The port of Calais and the Eurotunnel are struggling to cope with the flow of traffic. Honda has had to suspend car production at its Swindon plant, with its finely-grained component supply chain became stuck in the jam.

Failure to reach a trade deal by the end of the month will likely bring much greater disruption in the New Year, with tariffs on imports and exports.

And even with a limited trade deal, Brexit will create additional financial and other costs for sectors such as manufacturing. Prepare for tariffs, customs declarations, customs delays, certificates’ costs, and audits to prove that rules of origin requirements are met.

Either way, the UK is heading for a hard Brexit – a thin trade deal that barely avoids tariffs and quotas, or the even more economically damaging No Deal. 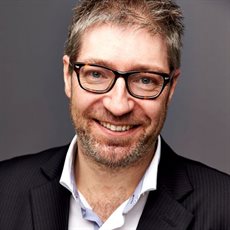