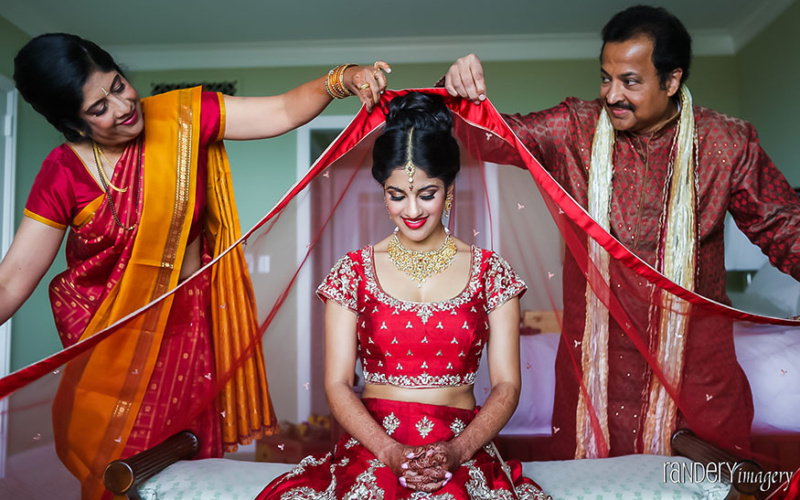 An Indian bride and her parents in southern California (Randery Imagery)

An experienced engineer, 34-year-old Ajinkya has lived in New York for more than five years.

I have been searching for a well-educated bride for the last three years. I have met so many of them and even like a couple of girls. But they declined it, owing to my current visa status. I shall now look for my prospective bride in Canada or the United Kingdom.

Ajinkya is not the only Indian expatriate in the US in this situation. There are thousands like him.
In 2015, the Obama Administration authorized work permits for spouses, who otherwise could not be employed, as H-1B visa holders sought permanent resident status.

But soon after Donald Trump took office, his Administration scrapped the majority of the Obama visa rules, including the work permits for the spouses of the H1-B visa holder.

Many highly-skilled, professional Indian women benefited from the permits: the Migration Policy Institute found that of the more than 70,000 spouses allowed to work, more than 90 percent of whom were Indians.
Now they found themselves unemployed. So the demand for US-based Indian husbands declined. The valued IT engineers and physicians began to lose their elite status in the “Indian Marriage” market.

In India, marriages are a big affair. Lavish and flamboyant ceremonies last for two to four days with a minimum spend of $15,000 to $20,000 by the bride’s family, regardless of their social status.

Demand for US-based grooms in India was high until 2015. However, as soon as Donald Trump administration came into power in 2016, they began changing not only the laws pertaining to H1-B, but also the employment laws that started reflecting on the “Indian Spouse Market”. This eventually led to downward trend in demand for the US-based grooms.

Now the brides, who bring dowry money and other financial support are looking at other countries where the employment laws would suit their needs. Nagpur-based businessman Vishwas Kumar, who has a 26-year-old daughter, explains:

I used to look for Non-Resident Indian (NRI) matches, especially in the US, but after the laws were altered, I started focusing on other countries. My daughter is educated and wants to work after marriage. I hate the idea of pushing her into a state of unpredictability post the change in immigration rules.

Ramkumar Pradhan from Meerut said he stopped searching for grooms based out of the US after 2018: “Marriage is an extensive process and takes four-six months of ceremonial preparations. I would like my daughter to get married and settle down in either Australia or Canada.”

Gourav Rakshit, CEO of Shaadi.com, one of India’s largest matrimonial websites, said, “The percentage of women looking for life partners in the US has been declining rapidly, especially since November 2017. Germany and Singapore are also witnessing a rise in demand for the grooms for Indian brides”.

Anjali is a Mumbai-based matchmaker with more than 25 years of experience, specializing in upper-middle class marriage alliances.

Now she has lost one of her key markets: “In my experience, I have never seen such a decline in US-based grooms. Today, women are very open about their expectations. Even though the parents approve, daughters might not.”

Indian expatriate grooms typically marry late, often in their 30s. Usually they ask for a bride who is in her mid-20s. The delay caused by the new US rules means that women, having worked in India for a few years, will have to give up on the prospect of an American-based match.

Saniya, 27, has just finished her Master’s degree and is presently working with a US-based company in San Francisco. She explains the significance of the visa changes: “I’d like the person to be a U.S. citizen. If he is a citizen, I can work as his spouse. However, if I marry someone on H1-B visa then I shall not be permitted to work.”

“I arrived in 2012, and due to the H1-B visa rules, I couldn’t work. I was recruited by a food company in 2015 where I served merely for eight months. Unfortunately, because of the new laws, I was fired.” Akanksha, 35, a mother of two vents out her frustration.

She is an Indian university gold medalist in bio-nutrients. However, now she is rendered unemployed.

Several such developments in the H1-B laws over the last four years have given rise to concerns about future security for young immigrants, who come to the United States either as a student or on work visa. They are now looking at alternative opportunities globally. This has also contributed towards monetary losses for the relevant political groups not only in terms of taxes but also the vote banks.

A Change to Come?

The Democratic nominee for Vice President, Kamala Harris, is the daughter of an Indian mother, renowned breast cancer researcher Shyamala Gopalan, and a Jamaican father, economist Donald Harris. She has spoken often about her parents, the contributions of immigrants to the US, and the opportunities that she and her sister have had.

It is a powerful story, including on the campaign trail. But with the imminent prospect of a Vice President Harris in a Biden Administration, will the story change for the would-be Indian grooms in the US and the women who might join them? 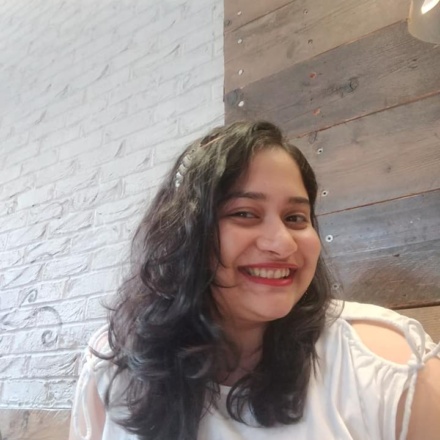 Pratiksha Kamat, a graduate of Glasgow Caledonian University, is a blogger based in Dublin, Ireland.