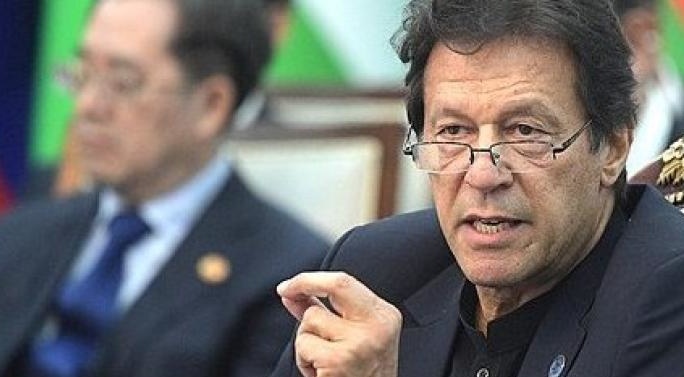 Nearly two years have passed since Imran Khan’s Pakistan Tehreek-e-Insaf (PTI) party was voted into government. The hallmark of Khan’s tenure has been a marked improvement in Pakistan’s global image and in its foreign relations.

The government continues to face significant challenges on the home front. The economy remains fragile and the state of governance is still, at best, mundane. Still, Khan’s government is here to stay: with the full support of the country’s powerful army and a weak opposition, the political odds are heavily in the Prime Minister’s favor.

The Politics of Imran Khan

Imran Khan’s political struggle of more than 20 years can be compared with his cricket record in test matches, full of twists and turns. He started with a bang but failed to make much headway. The first decade of this century was politically tough, and Khan’s party failed to make any significant headway; his decision to boycott the general elections of 2008 pushed him into oblivion.

However, the bad governance and corruption of the Pakistan People’s Party and the Pakistan Muslim League-Nawaz created space for a third force, an opportunity which Khan seized. In the 2013 general election, his politics gradually was bogged down in a monotonous crusade against the ruling PML-N government. But luck then smiled on him: the Panama Papers scandal and the subsequent removal of Prime Minister Nawaz Sharif by the Supreme Court gave fresh energy to PTI, eventually resulting in its success in the 2018 general election.

Khan’s government has performed relatively well in the foreign affairs arena, bolstered by the Prime Minister’s charisma on the international stage and his close coordination with the national security establishment.

Bilateral ties with the US have improved, benefiting from a personal chemistry between the leaderships on both sides and Pakistan’s close cooperation with Afghanistan to further the peace process in Afghanistan. Donald Trump’s offer to mediate between India and Pakistan over the issue of Kashmir and US Secretary of State Mike Pompeo’s acknowledgement of Pakistan’s role in US–Taliban talks can be considered diplomatic victories for Islamabad. Pakistan has rejuvenated its ties with the Gulf states, notably Saudi Arabia, while positively engaging with Iran.

The PTI government may have improved the country’s standing on the foreign front, but eventually governments in Pakistan are judged for their domestic performance. Ministers have failed to substantially deliver on promises of good governance and structural reforms in government institutions. Economic indicators showed some improvement but high inflation has been damaging. The incompetence of public office holders; the recurring focus on short term development projects, such as roads and drains to entice voters, rather than on the underfunded health and education sectors; and a failure to enforce a strict tax regime on the country’s mercantile classes has dismayed a significant chunk of the government’s voting base, the salaried middle class. The effects of the Coronavirus pandemic will further complicate this set of problems.

This domestic situation ominous, but it is not the harbinger of Khan’s political demise. Economic and governance woes have been a constant fixture in Pakistan politics for the last twelve years, yet they were never enough to alter the fortunes of the last two Pakistani governments. Even the civil–military tensions during the governments of President Asif Ali Zardari and Prime Minister Nawaz Sharif did not lead to the removal of an elected administration.

Under Imran Khan, the executive branch and the military have developed a symbiotic relationship, reinforced by the personal chemistry and trust between Khan and Chief of the Army Staff Qamar Javed Bajwa. With civil–military tensions non-existent, the political variable challenging the government’s grip on power is the political opposition.

The PTI remains exceedingly fortunate in this regard as well. With PML-N founder and former premier Nawaz Sharif in political exile in London, the party is beset by an intra-family feud between Nawaz’s brother Shehbaz Sharif and his political heiress and daughter Maryam Nawaz. This has fragmented party ranks and hindered engagement between disgruntled MPs and the government.

The Coronavirus pandemic posed the most formidable challenge to Khan’s government. However, as the infection rate moved to a downward trajectory and recoveries increase, the government appears to be in safe waters and has decided to open up nearly all businesses.

Pakistan and A Global Britain

Pakistan and the UK, with historic linkages from the time of the British Raj, remain politically and economically connected, owing to a large Pakistani diaspora community in Britain. Khan boasts a unique personal connection with the heart of British political and social life, thanks to his sporting record and his marriage to Jemima Goldsmith from 1995 to 2004.

London’s engagement with Islamabad can revitalize these bilateral ties. Khan has eased the country’s visa regime, facilitating tourism by UK citizens. However, this can only be fully exploited when high-level official visits are exchanged and a serious political dialogue commences.

Meanwhile, it is geopolitics that drives links. Chinese influence has been on the rise within West Asia and the Middle East. The China–Pakistan Economic Corridor is one of the flagship projects of the Belt and Road Initiative. Iran is claiming that a 25-year deal with Beijing, worth $400 billion, is on the table. US plans to depart Afghanistan has implications for the politics and regional security of the Middle East, Central Asia, and South Asia.

Facing these development, the UK is pressed to look for allies to increase its relevance in the region. Pakistan fits the bill because of long-standing ties with the UK. While Pakistan is pursuing engagement with China, Islamabad’s decision-makers are open to partnerships with multiple international actors, in part for leverage vis-à-vis Beijing. Strategic cooperation can further interests in the Arabian Peninsula and contri towards stability in the security environment in the Persian Gulf.

Under Khan’s premiership, there has been a focus on the tourism and housing industries. British investors and firms have ample experience in both sectors, and could further branch out into the hospitality industry and green energy projects.

The Pakistani and British militaries enjoy longstanding relations, with officers from both country as part of each other’s prestigious military institutions. Pakistan’s armed forces are looking for partners in the Western hemisphere for a modernization program that includes off-the-shelf purchases and support for research and development infrastructure. British technological prowess is important for these ventures.

Then there is the cultural dimension. The UK, particularly its Royal Family, still resonates in Pakistani popular culture, as seen in the rousing welcome given Prince William and the Duchess of Cambridge received during their maiden trip to the country.

Pakistan has put away the diarchy of military and civilian rule that defined its political spectrum from 2008 to 2018, and its foreign policy has made great strides. The country is an ideal strategic partner for the UK in Asia — but can Britain, having put away a 40-year emphasis on its place in Europe, take advantage?