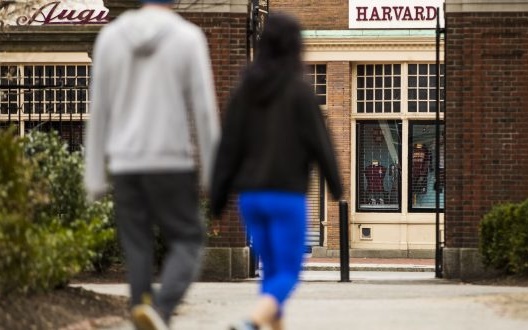 Written for America Unfiltered, the joint project of EA WorldView and The Clinton Institute:

On Tuesday, just before a hearing in Boston, federal Judge Allison Burroughs announced that the Administration had agreed to rescind the policy and allow international students to remain in the country.

About 1 million international students are enrolled in US universities. They contribute $41 billion to the economy annually and support more than 458,000 jobs.

ORIGINAL ENTRY: It has been a shocking year in the US. Coronavirus deaths have topped 133,000 so far, with Dr. Anthony Fauci warning of a “very disturbing” surge. There has been a brutal police response to protests against the killings of unarmed black men and women. Donald Trump has made a career out of writing tweets designed to foment racial tensions.

With so much going on, it would be easy to overlook the latest act of wanton cruelty from the Trump administration. While the brazen measure may seem bureaucratic and unimportant to those who are unaffected, it could have a long-lasting and far-reaching impact on the future of the US as a nation of immigrants.

On Monday, the Student and Exchange Visitor Program, part of US Customs and Immigration Services (USCIS), announced “modifications to temporary exemptions for non-immigrant students taking online classes due to the pandemic for the fall 2020 semester.” In practice, more than 1 million international students registered at US universities may not enter or remain in the country if their classes have been moved entirely online because of the pandemic. The ruling came just as many universities, among them Harvard, began announcing plans to move almost all instruction for the upcoming semester online.

You may ask: if instruction is going to be online, why should international students seek to come to the US anyway? Why not just stay at home?

Pity the student in Shanghai who will take classes in the middle of the night, and will be subject to the Chinese Government’s strict monitoring of online learning platforms. Think of the doctoral candidate from Cork, Ireland who needs to be physically present in the US in order to be eligible for the stipend that pays his way through college. Imagine what it is like for the undergraduate from Accra, Ghana who is currently in the US and has just found out that he has a couple of weeks to find another course of study, or else he will have to leave the country.

USCIS has effectively told all of them that, unless they are able to be in a classroom with other students — and are willing to risk infection to do so — they have no right to be in the country.

The ruling seems arbitrary, and confusing. After all, what harm would it do for students from other countries to come to the US and take online classes in the same time zone as their instructors?

The obvious explanation for the decision is that the Trump Administration decided this week to go on an all-out offensive against schools and universities, forcing them to reopen for in-person instruction even in the face of a worsening pandemic. 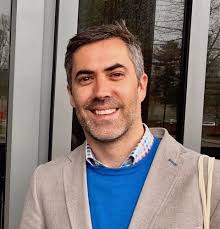 Cóilín Parsons is Associate Professor of English and Director of the Global Irish Studies Initiative at Georgetown University.