Race, White Privilege, and Coronavirus in the UK 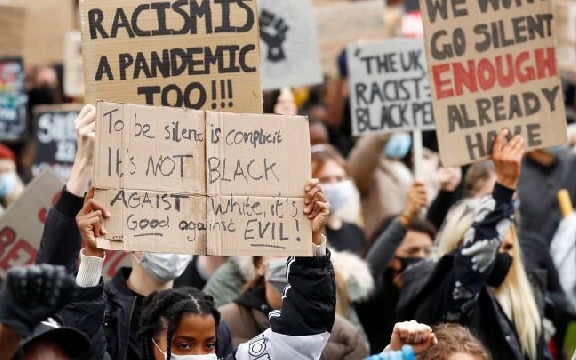 A demonstration at Parliament Square, London in solidarity with the US Black Lives Matter movement, June 6, 2020

The number of Coronavirus deaths in the UK among members of the Black and Minority Ethnic community is far higher than those from white and other backgrounds. A report published by Public Health England confirms the gap.

The global pandemic is accentuating disparities that are already present in society. Marginalized and poor communities from BME groups are being further disadvantaged, as government responses to COVID-19 mirror the same inequalities that inform all aspects of social policy.

This is no accident. It is an extension of the structural and institutional racism in a neo-liberal society. Those commentators who are bewildered by evidence of the virus having a greater effect on BME groups? Frankly, they are unaware of many aspects of daily life in the UK: unaware that BME groups are more likely to be employed by the NHS or in care work, that they are more likely to live in poorer housing and experience overcrowding. BME people experience poorer health outcomes as a general rule, rather than as a consequence of the current exceptional circumstances.

Richard Delgado and Jean Stefancic summarized the everyday experience of racism in all aspects of life as “ordinary, not aberrational – ‘normal science’, the usual way society does business”. The disproportionate impact of COVID-19 on the lives of BME people is an ordinary consequence of our welfare state and of the priorities that inform the provision of healthcare, employment, and education.

For more than 25 years, I have researched the ordinary and everyday racisms present in Britain. The most startling conclusion is not the extent of racism. Rather it is the ease with which it is acknowledged within policy and the abiding sense that nothing ever really changes. Five years, or ten years from now, we will face a new crisis and we will read the same media commentators expressing their bewilderment in the face of BME people dying unnecessarily.

Last year was the 20th anniversary of the inquiry into the killing of Stephen Lawrence. The identification and eradication of structural “institutional racism” at the heart of institutional life was the cornerstone of its recommendations. With very few exceptions, these were widely accepted within public and private institutions.

Sadly, or in a literal sense criminally, these recommendations have been part of the rhetoric of public life rather than actions. The evidence for this failure is abundant — in the numbers of Black men stopped and searched by the police, in lower GCSE and A-Level results and degree classifications for BME students, and in the persistent inequalities in employment and earning outcomes.

We don’t have to look hard to find this evidence. It is out in the open and always has been.

It’s hardly surprising that Black groups are disproportionately dying from COVID-19. The predominance of whiteness and white privilege perpetuate and reinforce the powerless position of BME groups.

A denial of the processes of structural and institutional racism that manifests in different ways — education, the labor market, health, and poverty — perpetuates the myth that racism is no longer a problem. COVID-19 has shown us, once again, that this is not the case because racism is so very “ordinary”.

If we are serious about addressing such inequalities and how white privilege works, we must look to improve the lives of BME communities. We must address deeply entrenched structural and institutional racism so we can work towards a society which values equity and social justice for all of its members, rather than the privileged few. 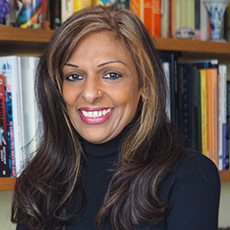 Kalwant Bhopal is Professor of Education and Social Justice and Director of the Centre for Research in Race and Education at University of Birmingham.