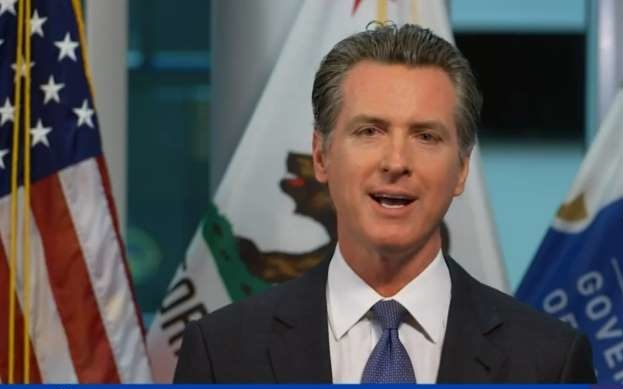 Originally published by the University of Edinburgh’s Centre on Constitutional Change:

The US approach to Coronavirus has been disjointed in many dimensions, but none as apparent and destabilizing as the effects of the crisis on American federal arrangements. Last week Donald Trump held a press conference with legally-unfounded claims about his own powers over the states, which he was then forced to roll back.

Governor Gavin Newsom is the figurehead of California’s resistance against the Federal Government’s Coronavirus policies, so much so that Twitter was calling for #PresidentNewsom. However, he has spurred an even more ambitious idea: a Californian nation-state.

Newsom has used three key strategic tools to promote both himself and the state of California: the use of the term ‘nation-state’, charismatic leadership, and the politics of competence. The Coronavirus crisis has enabled these maneuvers, but they are part of a wider pattern promoting the state’s autonomous role in domestic and foreign politics.

Welcome to the Nation of California

The Governor has argued that commentators were ‘a little literal’ about his use of the term nation-state. But for Newsom, maintaining ambiguity about the term is politically advantageous.

He initially used the term to encourage a collective Californian ‘national’ identity while announcing the shelter-in-place order:

A state as large as ours, a nation-state, is many parts. But at the end of the day, we’re one body. There’s a mutuality, and there’s a recognition of our interdependence that requires of this moment that we direct a state-wide order for people to stay at home.

Newsom’s call for ‘mutuality’ obscures how the virus exacerbates the state’s inequalities on economic issues and how these challenges map onto race. California is also home to the US’s largest homeless population, precipitated by a housing crisis in Los Angeles and the Bay Area. Calling the state a ‘nation’ allows Newsom to encourage, even invent, a sense of unity.

The term nation-state, understood from an American lens, distinguishes California from the federal level in referring to its size and influence. Globally, however, nation-state is traditionally used by sovereign states, or movements seeking independence in territories such as Scotland or Catalonia.

Although Newsom is clearly not calling for a sovereignty movement, he can promote a Californian nation-state to subtly advocate greater autonomy within the US federal system. He told MSNBC:

Newsom plays on the common refrain that California, with the 5th-largest economy in the world, can compete with sovereign states. Administrations of both political parties have exploited the state’s global influence for years. For example, former Republican Governor Arnold Schwarzenegger engaged in international negotiations surrounding climate change and declared, ‘We have the economic strength, we have the population and the technological force of a nation-state.’

Under Newsom, California has regularly challenged the Trump Administration, for example, over regulation of automobile emissions. The Federal Government’s lack of coordination on the Covid-19 crisis is a useful moment to go further than resistance. This approach is not simply to negate the Trump Administration but to develop a proactive, if symbolic, understanding of California’s power in the US federal system.

The Politics of Competence

Competence, although less grand than declarations of nation-statehood, is a priority for sub-state nationalist movements. Proving the competence of the sub-state administration to govern is a key argument underpinning claims for more authority. In Scotland, it has been a key factor in the Scottish National Party’s continued success.

Newsom has taken Coronavirus as an opportunity to prove the state’s competency to rule itself more fully. By focusing on the technical aspects of the response such as masks and protective wear, the Governor has emphasized the Californian administration’s ability to provide basic goods. While his actions may have shown up the Trump administration, he has attempted to avoid the image of politicization: ‘This is not political. This is not in any way, shape, or form usurping or undermining.’

Still, once the dust has settled on Coronavirus, Newsom will be seeking to promote his Coronavirus policy successes. California’s response has already been compared favourably to New York’s, where outcomes have been far more deadly.

The Californian ability to push its own solutions to other states, and thus practice power in the federal system through policy influence, is built into the American system. The idea of policy learning is drawn from a tradition of American states as ‘policy laboratories’, for example, on smoking, health policy, and climate change.

The pushes for personal power and for territorial power are rarely independent of one another. For example, both the Catalan and Scottish independence processes were furthered significantly by controversial and high-profile figures: Artur Mas and Alex Salmond, respectively.

Similarly, Newsom’s political ambitions are not only for his state. The Governor presents himself as embodying characteristics of his imagined Californian nation. Born in San Francisco, he portrays himself as a proud technocrat with strong links to Silicon Valley companies, upon whom he has relied to solve technical issues during the Coronavirus crisis.

Like Silicon Valley’s leaders, he seeks a younger, more casual image. He has also managed to sit on the fence in internal Democratic debates, initially supporting California’s US Senator Kamala Harris in Presidential primaries but not making any further endorsements. This technocratic, entrepreneurial style allows him to take an ambiguous political position within his own party.

Newsom’s push for power during the Coronavirus, while ideologically opposed to the Trump administration, has not been explicitly partisan. He has not used his own platform to draw a spotlight to the Democratic Party. He even announced a purchase of surgical masks on the left-leaning Rachel Maddow Show before informing California legislators, including those in his own party.

Newsom has a history of pushing institutional and party boundaries. As Mayor of San Francisco, he unilaterally implemented same-sex marriage, a move that put him into conflict with state and federal courts as well as the Democratic Party. And his ambitions are not necessarily within those boundaries: he reportedly called himself ‘the future ex-mayor of San Francisco’ while still mayor, a reminder to himself to keep looking ahead to new offices and new political projects.

The state of California, given its position in the global economy, has long been a vocal player in the American federal system. During the Coronavirus crisis, it now has further opportunities in an American federalism allowing for differentiated approaches and engendering both cooperation and clashes between Washington and states.

Enabled by the challenge of Covid-19, Newsom’s assertive approach has moved beyond resisting the Trump Administration. With his promotion of a united and powerful Californian nation-state, he is being both strategically ambiguous and strategically ambitious.