Super Tuesday Analysis: How “Comeback Joe” Succeeded — and Can He Succeed Again? 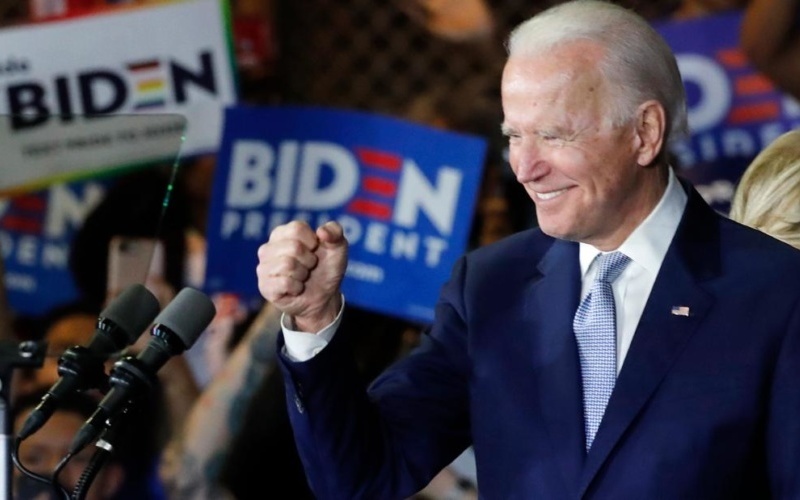 Don’t call it a comeback! I’ve been here for years….

Even if Joe Biden has not heard of LL Cool J, the lyric fits a fightback successful beyond expectation on Super Tuesday in the Democratic race for the White House.

Where Biden was expected to win, he won big. And where he wasn’t expected to win, he still pulled out victory. Southern states — Alabama, Arkansas, North Carolina, Tennessee, and Virginia — were always likely triumphs.. But Texas could have gone either way, and Biden also showed he can succeed in other places: Massachusetts, Minnesota, Oklahoma, quite possibly even Maine.

Sanders took his home state of Vermont and did better out west. He took Colorado and Utah, and is comfortably on course to win the big prize of California, as expected. The Sanders lead there is shaping up to be comfortable but not the mirror image of some of Biden’s blowout victories.

Elizabeth Warren and Michael Bloomberg were on the ballots and performed variably, but for the purpose of nomination, they were nowhere. Warren got above the threshold for delegates in her own state of Massachusetts, but if that’s the highlight of your night then you know it was bleak. It’s clear most voters decided ahead of time that this was a two-horse race nationally: so whatever the merits of Warren’s well-run campaign, they decided to be tactical one way or the other.

Sifting Through the Numbers

What voters gave Biden his win? His foundation was African Americans, who have backed him and stuck with him — indeed intensified their support — even when it seemed his campaign was on the rocks. Those above 40 and those who identify as other than very liberal/progressive were also significant. Interestingly, he won especially big among late-deciding voters.

Sanders cleaned up among younger voters, dominating among under-30s, and also did well among Hispanics, an improvement in diversity from 2016. His campaign’s problem is that the electoral strategy is premised on getting an unprecedented amount of young people to turn out, when historically they participate less than older voters. Although turnout has been good in most of these Democratic primaries, it doesn’t appear to be disproportionately the young who are showing up, and it may be that Sanders’ viability is serving to counter-mobilize older voters who don’t care for him. You might say this is healthy intra-party politics in action: if Bernie fails to win the nomination, it will be because his theory of the changing electorate that would give him victory in the general election has proven incorrect. Better to run that experiment in the primaries than in November.

Some exit polls showed a demographic skew by gender, with Sanders performing significantly stronger among men than women. To the extent that the ideologically progressive vote consolidated behind Bernie, this imbalance may be because women were more inclined to stick with Warren.

There will most certainly be some aggrieved takes from Sanders supporters saying Warren hurt Bernie by staying in teh race. There will also be counter-takes asking why it is that the Sanders campaign is struggling to bring over even ideologically sympathetic voters, especially women, from rival campaigns.

One caveat to the assumption that Warren’s withdrawal would have unequivocally boosted Sanders is that her voters are actually quite different in some demographic regards, especially in being more likely college-educated. Many of her supporters actually had a second-preference for Buttigieg. As Mayor Pete endorsed Biden, will liberated ex-Warrenites follow his signpost or follow their left economic agenda to Sanders? If you’re a Sanders fan and that Warren-Buttigieg sequence of preference makes you curse voters for following identity cues over policy agendas, remember that lots of Sanders voters say their second preference is Biden, presumably because they’re both old white men who talk about the virtue of blue-collar toil. Voters don’t always think in the way that the hyper-engaged would like them to.

How Did We Get Here? Where Do We Go?

Joe Biden was Vice President in the last, highly-regarded, Democratic administration. He is a well-liked and well-connected figure of decades’ standing in the party. Bernie Sanders was the not-that-distant runner-up to Hillary Clinton four years ago, and he retained an organisation and intense base. Both men showed up early at the top of national polls, aided by name recognition, and stayed there.

Knowing these facts, you’d expect Biden and Sanders to be the most competitive candidates. The confounding factors have been that (a) both are super-old, probably too old if we’re being prudent, for a Presidential run, and (b) Bernie is well to the left of even his more liberal Democratic colleagues, which creates fears on both substantive and electoral grounds.

Biden always knew he’d struggle to compete in the first two states on the nomination calendar, Iowa and New Hampshire, with their overly-white electorates unrepresentative of the Democratic Party at large. Nevada, the third contest, is a caucus state that lends itself to the type of enthusiastic volunteer ground organization Biden did not possess. So his campaign was premised on a huge risk: accept you’re going to get whipped for the first three contests — and get written up in the media as a terminal flop — while praying that you can pull it all back via a South Carolina springboard.

The losing part went to plan: truly abysmal performances in Iowa and New Hampshire, a distant second place in Nevada, political obituaries across the political media’s spectrum. Sanders racked up wins and momentum, and — after his surprisingly commanding performance in Nevada, spanning a wider demographic support — claim thathe had expanded his base into a winning coalition. It also allowed others who wanted to run in Biden’s ideological moderate lane, specifically Pete Buttigieg and AMy Klobuchar, to get votes on the board and a round of media coverage to make their case. Great suspense followed to see if all this would lead Biden’s South Carolina platform to crumble. He wobbled in the polls, and lost his national front-runner status.

But South Carolina came in huge for Biden (see my post on Sunday for analysis of that. That proved he still had his support, and it killed stone dead any hope that the competing ideological moderates, Buttigieg and Klobuchar, could expand beyond their narrow white northern base and usurp Biden’s place. They saw the writing on the wall, pulled out, and endorsed him on the eve of Super Tuesday

With Nevada’s script was that the nomination was Sanders’s to lose, it woke both party and nation that he might lock it up within days. That rewarded him the kind of scrutiny only accorded when people think you might win — the kind that Biden has had from the start, and that hampered Warren when she surged to the front during the late summer. There was more focus on his policy platform, his record of past statements, and his general election strategy.

With the contest winnowing to Bernie v Biden, Democratic voters asked themselves with intense seriousness: “Knowing all I know, do I think Sanders’s platform and electoral plan represent the most plausible route to beating Donald Trump,which Democrats tell pollsters is their overwhelming priority? Am I even sure I’m convinced by them?”

While asking themselves those questions, voters also received cues from a slew of current and former Democratic officials who endorsed Biden, including officials from states key to the general election and where locals think Sanders would be an impossible sell.

Both the moderate lane and the party establishment consolidated in time to give voters a relatively straight choice. There’s still plenty to play for, but Super Tuesday has fully resurrected Biden to favorite status and knocked Sanders off course.

It’s a very good day for Joe Biden today, and well-earned after riding out weeks of being told that he was a hopeless loser. But he’s still the same candidate he was during those weeks, with all the same flaws that made people doubt him.

Biden is too old. His mind is noticeably foggier than it was just a few years ago. He often mangles his intended sentences. His epic track record in front-line politics is full of positions, votes, and statements that are unhelpful for 2020. He enthuses young liberal voters about as much as a plate of chopped liver.

On Tuesday, many Democratic voters seemed to decide that they support running against Trump on the basis of a center-left program and a “return to normal” message rather than a left-populist “political revolution”.

That means that the idea of Joe Biden is what they are looking for. Joe Biden the actual man, however, is at best an imperfectly approximation.

If Biden wins in November, he will have proven so many people wrong that he will deserve congratulation. If he loses, the left will say that Bernie would have won. But there will also be some legitimate pondering on the moderate side about whether Biden was the best candidate to have grabbed and held the Obama mantle

Should opting for the safer bet feel this risky?