Facing Up to the Age of Loneliness 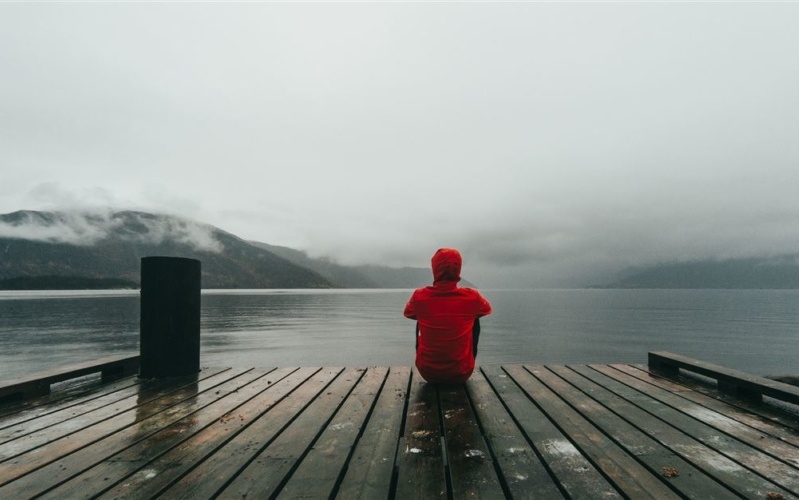 Last month Mark Gaisford, in a video on LinkedIn, spoke of his struggle with loneliness: “I have no friends, it’s a scary thing to admit that.”

Gaisford mentioned work colleagues and acquaintances, but said he had no one close with whom he could have dinner or go on “long country walks”. He noted the importance of bonding in friendships is “more likely to lower a man’s stress levels than a night out with his partner or time spent with family.”

He is not on his own. A study published in July found that the majority of Britons feel they don’t have enough friends, with two in three admitting that they regularly feel lonely. In another survey, 18% of men said they had no close friend and 32% said they have no one considered as a best friend.

Plenty of women also commented. One YouTube user said: “I’m the same. I have gone a whole 46 years with no friends.” Another admitted she had not had best friends since she was five or six. She is now 51.

A YouGov poll in October established that young Britons are much more likely to suffer from long-term loneliness than their elders. Among those aged 18 to 24, 88% said they experience loneliness to some degree, with a quarter (24%) suffering often and 7% saying they are lonely all of the time. (In contrast, 63% of those 55 and over said they never feel lonely.)

The main barrier to dealing with loneliness is reluctance to reach out and seek help, with 75% of respondents saying they did not tell anyone, even a friend upon whom they could rely.

As a paperboy in the mid-1990s in my hometown of Walsall, I met Reg, a retired painter in his eighties who had lost his wife and son. His contact with the outside world was only with his nephew, who would visit him once a week, and our everyday encounter: he would wait at the window for me to drop off his papers. I chatted with him about Walsall Football Club and his late wife. He just wanted someone to sit next to and talk with.

While the Government has launched a campaign to tackle the stigma around feeling alone, led by Government minister Mims Davies, but the “Age of Loneliness” — the title of a 2016 BBC documentary — will be with us this holiday season.

The eyes of the nation welled up when BBC Breakfast host Dan Walker visited Terrence, who has spent Christmas Day alone for the last 20 years. When Terence mentioned that he did not have a Christmas tree, Walker and staff of Oldham College surprised him with one.

But the feel-good story does not get to the issue for many others: why are we so lonely?

Communities have changed as people move away from traditional support networks, often to ensure they have a livelihood. The concept of a life partner is becoming obsolete, and family relationships are changing. And with longer lifespans, the chance of years without a partner is increasing.

We boast that the UK is the world’s sixth-largest economy with social networks through whom we can meet people – yet it seems that, despite the technology and opportunities, our society has retreated from the basic concept of communication and friendship.

In 2014 George Monbiot wrote that “the age of loneliness is killing us” as we slept-walked into the problem:

Ebola is unlikely ever to kill as many people as this disease strikes down. Social isolation is as potent a cause of early death as smoking 15 cigarettes a day; loneliness, research suggests, is twice as deadly as obesity. Dementia, high blood pressure, alcoholism and accidents — all these, like depression, paranoia, anxiety and suicide, become more prevalent when connections are cut.

In Arabic there is the concept of Jamaah, “congregation” not only in prayer but also in society. In the UK this has been replaced by the individual. Meanwhile, factories close and community centers have been shut down. We are in our little worlds, listening to a podcast or music, as many of us travel on our own instead of by public transport. Streams on demand TV and YouTube replace family viewings.

No More Going It Alone

For more than 40 years, our life-denying ideology has celebrated and even enforced the individual rather than the collective: “self-starters”, “self-made”, “going it alone” and “take back control”. But then some say, “I’m destined to be on my own”. And many others do not want to talk about the feeling — or believe they have no one to talk to.

So what can be done? There is no quick solution, of course. But in Mark Gaisford’s case, it was the decision to join a meet-up group at a pub: loneliness can’t end just by joining others; however, it is a start.

As Bob Hoskins said in the famous BT advert,”It’s good to talk.” In the era of social media, there is merit in stepping back to listen and reach out.

And maybe we just have to work harder at being kind to others and creating new support networks to replace the traditional ones which are now lost.

[Editor’s Note: For more information, see the page set up by Mind, the mental health charity, on how to deal with loneliness.]