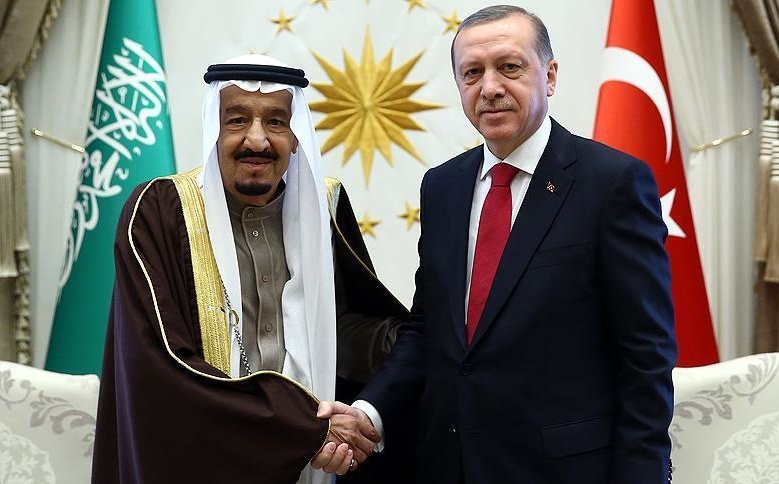 Ties between Turkey and Saudi Arabia were challenged, to say the least, by last October’s assassination of Saudi journalist Jamal Khashoggi in Riyadh’s consulate in Istanbul — a killing reportedly involving the approval of Crown Prince Mohammad bin Salman.

Some recent developments suggest that the Turkish side has tried to reach out to Saudi King Salman in a possible bid for a rapprochement. But the Saudis are leveraging their financial muscle to pressure Turkey and its leadership, as Ankara faces a difficult economic situation and an increasingly contentious domestic political sphere.

From Relationship to Rift

The bilateral relationship reached a historic high in the first years of the 21st century, when the political and economic partnership between the two sides took on a strategic dimension. Personal ties between Saudi King Abdullah and Turkish leader Recep Tayyep Erdoğan, with the Saudi Government bestowing upon Erdoğan the King Faisal Prize for Service of Islam.

In the Arab Spring, Turkey’s backing of revolutionary forces, mainly the region’s political Islamist, set it against the Middle East’s status-quo powers led by Saudi Arabia. A decisive rift never occurred, owing to similar threat perception within Ankara and Riyadh vis-a-vis Iran and its involvement in Syria. Any impasse in bilateral ties created by Saudi support for the July 2013 coup in Egypt was resolved as King Salman ascended to the throne 18 months later. Partnership war renewed as Turkey fully supported the Saudi-led military campaign in Yemen.

But as Russian military intervention in the Syrian Civil War decisively tipped the balance of power in favour of the Assad regime, the one structural variable keeping the Turks and Saudis together was no longer in play. The decision by Saudi Arabia, the UAE, Bahrain and Egypt to boycott Qatar in June 2017, and the subsequent dispatch of Turkish military personnel to the defesce of the latter, drove a political wedge between Ankara and Riyadh.

The murder of Khashoggi stretched tensions to breaking point, while the Turkish government’s tactics avoided a total rupture. The drip-by-drip leak of information to the media ensured that the Khashoggi story remained in the public eye, keeping pressure on the Saudi side, but it spared Erdoğan a direct confrontation. The Turkish strategy was to put just enough pressure on Saudi King Salman and Riyadh’s allies, particularly the US, to clip the wings of Crown Prince Mohammad Bin Salman if not removing him from power.

But the Crown Prince had no intention of being curbed. With the rise of hyper-nationalism in Saudi Arabia, the country’s media landscape has been a theater of politically-correct performance to bolster MBS. Ankara has its role on the nationalistic-patriotic stage, through opinion pieces and articles in both Arabic and English-language outlets discouraging tourists from visiting Turkey, primarily on the grounds that the country is unsafe for Saudis. Meanwhile, holidaymakers are encouraged to discover the Kingdom and other Muslim countries.

The highest-profile endorsement of the “boycott Turkey” campaign is in a video of Riyadh’s governor refusing to accept a cup of Turkish coffee served to him, a sign that public displays of anti-Turkish animus are being encouraged and appreciated within Royal circles. A subtle campaign is also being waged on the economic front, with the head of Riyadh’s Chamber of Commerce and Industry warning Saudis against doing business in Turkey because of supposed investment risks and the volatile security situation.

The Turkish government appears to be cognizant of these Saudi tactics. It has tried to defuse the situation through olive branches. Yasin Aktay, an advisor to the Turkish President who publicly blamed the Saudi Crown Prince for Jamal Khashoggi’s murder, wrote an open letter to King Salman in the pro-government outlet Yeni Şafak.

Aktay explained that Turkey did not hold any ill will towards the Saudi King and only wanted justice to be served in the Khashoggi case, “even if it involved punishing loved ones”, a veiled reference to the Crown Prince. There was also a mild protest against the Saudi treatment of Islamist religious figures.

But Riyadh treated the approach as a futile attempt to provoke dissent in Saudi ranks and distance the king from his son. An op-ed, written by the well-connected Saudi Gazette journalist Jameel Al-Theyabi, lambasted Turkish government circles for dreaming of a “Caliphate of the Brotherhood” and meddling in the internal affairs of Saudi Arabia and other Arab countries.

After President Erdoğan did not participate in 2019’s Organization of Islamic Cooperaton summit in Mecca, where he was supposed to hand over the chair to the Saudis, he tried to make amends by sending Eid felicitations to King Salman. Saudi authorities held their line, with a temporary blockade of Turkish exports from entering Saudi ports and a memo being sent to government departments to look into the nature and scale of Saudi investments in Turkey.

The political cycle initiated by the Khashoggi episode, despite Turkish signals for an easing of hostilities, seems far from over. As an emboldened opposition challenges President Erdoğan’s domestic position on the back of recent victories in local elections and amid continued turbulence for the Turkish economy, Saudi Arabia will continue to use various assets within its economic arsenal to weaken the embattled leader.

Turkey’s decision to upgrade its presence in Qatar to a full military base will only raise the Saudi perception of threat. Barring any shift in the Turkish stance towards the Muslim Brotherhood, a seismic change within Turkish politics, or a dramatic change in the Saudi power structure, rapprochement is still a distant possibility.