Calling the UK Media: Be Responsible in Your Reporting on Muslims 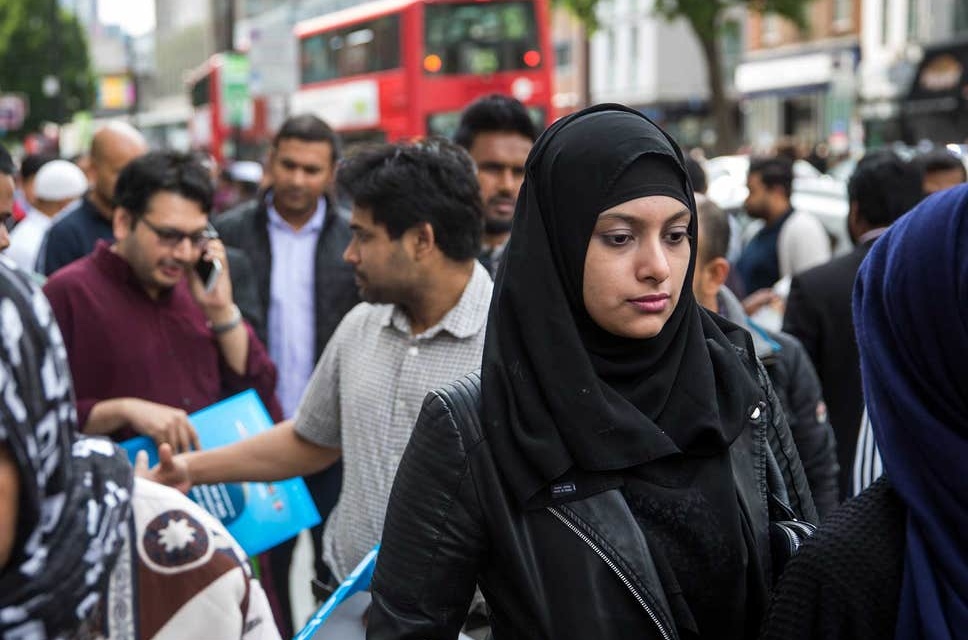 The shock headline was just another example of a UK media outlet, in this case The Times, stoking up anti-Muslim sentiment. The newspaper eventually forced into an admission of error, but the damage of bigotry had already been done — and the article, with an unchanged headline, is still on-line.

Boris Johnson, columnist and candidate for Conservative Party leader, writes in The Daily Telegraph that Muslim women who wear the niqab are “letterboxes” and “bank robbers”. Almost a year later, he converts the insult into a “strong, liberal defense of the right of women to wear the burqa” — after it has been used to justify Islamophobia and hostility towards Muslim women in public spaces. Only 3,000 to 5,000 women — less than 1% of the female British Muslim population — wear the niqab, but all are given another burden to justify themselves.

The Times may apologize and Johnson may dissemble, but public understanding and tolerance has already been corroded. In a recent YouGov survey of members of the Conservative Party, 56% thought Islam was “generally a threat” to the British way of life, with only 22% believing it is “generally compatible”.

Last year Miqdaad Versi of the Muslim Council of Britain, monitoring the press, identified more than 40 stories on issues related to Islam and Muslims which had to be revised in mainstream national newspapers after complaints. The findings have led to the creation of The Centre for Media Monitoring, seeking to improve the quality of reporting through constructive engagement.

At its launch in the House of Commons, the CfMM summarized its study of 100,000 articles and clips on Muslim during the last three months of 2018.

*More than a third of all articles misrepresented or generalized about Muslims, with terrorism the most common theme.

The Spectator carried the statement, “There are Muslims who want to come and get me for my Jewish blood.” Christian Today headlined, “The European Church is sleeping while Islam is Creeping In, says African bishop”, and used an image of Khalid Masood, who drove his car into pedestrians in Westminster in March 2017, at the Hajj pilgrimage.

Even though the portrayal of Muslims was somewhat better on TV than in print and digital formats, 43% of all broadcast clips associated Muslims with negative behavior, with national coverage more culpable than regional counterparts.

The CfMM notes that when news programs give a platform to the far right, they often allow the propagation of false stereotypes about Islam and Muslims to go unchecked and unchallenged.

Can the UK media wake up to its responsibility?

The co-author of the report, Faisal Hanif, says that “CfMM hopes that by highlighting examples of coverage on Muslims and Islam, this can serve as a valuable resource for journalists and editors alike”.

Professor Paul Baker of Lancaster University, who verified the methodology of the report, adds:

What I find most impressive about the Centre for Media Monitoring is that they’re doing what we couldn’t – they’re looking at each article individually, and so far they’ve read and analysed 10,000 articles about Muslims and Islam. Their analysis is both detailed and large scale.

Importantly, they know how to do this. They’re aware that bias can be both gross and subtle and the analysis scheme they’ve developed takes into account these different types. So for the first time, we can get a complete sense of the picture of media reporting on Islam in the UK.

And in holding the media accountable, the Centre is ensuring that incorrect or unfair articles are corrected accordingly, each change adding to a growing record of negative bias that becomes increasingly hard to ignore.

C.P. Scott, the long-time editor and owner of The Guardian, set out the maxim: “”comment is free, but facts are sacred.”

We face that challenge almost 90 years after Scott’s death. In many cases of reporting on British Muslims, journalists have taken the approach of comments are sacred, but facts depend on what sells.

CfMM’s remit is to publish quarterly reports for a broad evidence base, including documentation of inaccurate and biased stories. Doing so, its goal is not to name and shame but to engage with the media for better coverage of the Muslim community — and of the rest of us in the UK.

As Miqdaad Versi writes, “This is not a question of freedom of speech. It is about the choices of editors to tolerate, if not encourage, bigotry in our newspapers.”