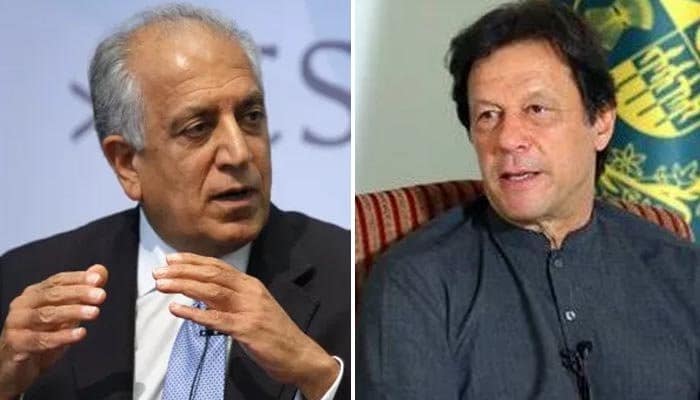 Pakistan’s relationship with the US has seen a series of highs and lows since the start of the War on Terror. Islamabad’s decision to support the US-led war in Afghanistan came with significant consequences for the country’s national security. There was a surge in terrorist incidents and eventually military action had to be taken to neutralize terrorist outfits and clear their areas of control.

Within Afghanistan, the influence of the Taliban has been steadily on the rise for several years, with a recent report indicating it controlled just under half of the country. This situation has contributed to a sense of distrust between Pakistan and the US, with the latter repeatedly accusing Islamabad of providing the Afghan Taliban with safe havens. At the start of this year, things took a turn for the worse as US President Donald Trump went on a tirade against Pakistan, canceling US security aid while his Administration considered taking unilateral steps in areas where Washington’s and Islamabad’s interests clashed.

This was the state of bilateral affairs with the changing of the guard in Pakistan following the elections of July 25. Both sides attempted to make a new start and US Secretary of State Mike Pompeo pledged to reset ties with Islamabad. As a gesture of support for US-Taliban peace talks, Pakistan released Mullah Baradar, the former deputy to Taliban leader Mullah Omar.

The development suggested that the US was actively seeking an end to the hostilities in Afghanistan, and had finally accepted that there remains no military solution to the conflict. But the brief upturn in bilateral ties was disrupted by a Trump interview and subsequent Twitter polemic accusing Pakistan of taking US money and not doing anything in return. This was followed by Pakistani Prime Minister Imran Khan’s exceptionally bold and scathing quid pro quo response, accusing the US of being ungrateful for the sacrifices of Pakistan in the War against Terror. Although the strategic outlook of both sides on Afghanistan had moved closer, there still remained significant hurdles for any meaningful US-Pakistan rapprochement that could further the goal of a political settlement to the Afghan conflict.

Khan was not the only person to respond to Trump. He was fully backed by the Army Chief of Staff Gen. Qamar Bajwa, who issued a sharp rejection in a personal capacity. This well-coordinated and synchronized rejoinder to the American administration confirmed the notion that, under Imran, the civilian-military relationship is characterized by a high degree of respect and trust. For the first time in the last 10 years, the civilian leadership appears fully cognizant of the military’s concerns regarding national security.

The Pakistani stand was followed by the unexpected news of a Trump letter to Khan, in which Trump seemingly backed off from his hostility. He requested that Pakistan facilitate a negotiated end to the Afghan war and, critically, acknowledged the costs incurred by both countries in the war. The sharp reversal signalled a realization within the US administration that the traditional strategy of pitching civilians against the military in Pakistan would not work this time.

As the Pakistani side acknowledged the receipt of Trump’s letter and its content, officials continued to talk tough, with Human Rights Minister Shireen Mazari advising US Special Representative Zalmay Khalilzad to come to Islamabad with a “less arrogant and hostile mindset”. The suggestion was that the first interactions between Khalilzad with the Pakistani leadership had not been sufficiently pleasant and that, since the tone of the US President had changed, the Special Representative should follow suit. This was the state of affairs in which Khalilzad’s most recent visit took place.

Both sides now appear to accept that they need each other to achieve their respective strategic objectives within Afghanistan. That common interest lies in a political settlement and the departure of international troops, but differences remain on how to fulfil the political bargain.

Reports of the presence of a Taliban delegation within Islamabad during Khalilzad’s visit indicate Pakistan’s willingness to coordinate this attempt at a political resolution through exertion of its influence on the Taliban leadership. Meanwhile, Khalilzad tried to address Pakistan’s concerns by assuring that the US is not trying to achieve a resolution of the conflict that undermines Islamabad’s interests.

This way forward to a joint political end goal in Afghanistan can only be paved through continuous engagement between the two sides, supported by confidence-building measures to rehabilitate the loss of trust in bilateral ties.