Pakistan’s Toes a Neutral Line on the Saudi-Qatar Crisis 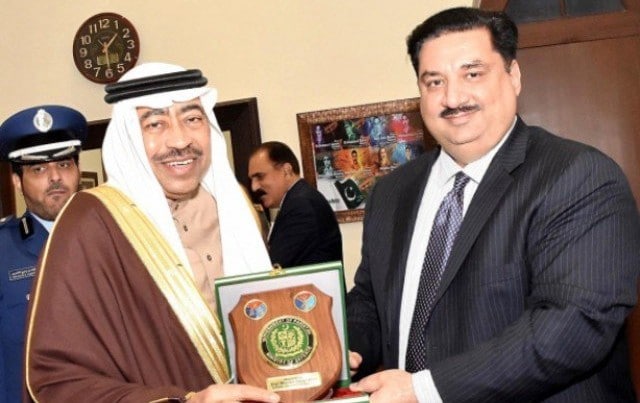 Pakistan is playing a delicate game in the Gulf. Can it navigate between competing interests while looking after its national interest?

Given that Pakistan’s links to the Gulf states in the Anti-Terror Quartet – Saudi Arabia, Egypt, Bahrain, and the United Arab Emirates (UAE) – are much deeper than those with Qatar, the following question is legitimate: why has Islamabad remained neutral in the Gulf Cooperation Council crisis?

One must analyse Pakistan’s neutrality in the Qatar crisis within a greater context, taking stock of Islamabad’s decision in 2015 to sit out the intervention by the Riyadh-led Arab coalition in Yemen. Islamabad’s refusal to enter into this conflict was attributable to factors ranging from Pakistan’s sensitive sectarian relations at home, which resulted in violence in the 1990s, and the Pakistani military’s already extensive engagement along the Afghan and Indian borders.

From certain GCC states’ perspectives, Islamabad betrayed the Saudi and Emirati leaders by staying out of the coalition. The reaction to Pakistan’s decision in the UAE’s press, in which the commentary against Islamabad was particularly harsh, was telling of this growing tension in GCC-Pakistan relations.

GCC states had always invested in building strong links with Pakistani civil and military elites but their failure to directly engage with the country’s population resulted in public opinion opposing them, which was hard for parliament to ignore.

The Qatar crisis represented another instance in which Pakistan chose to embrace a neutral stance rather than back Riyadh and Abu Dhabi. Islamabad’s position on the GCC dispute has much to do with the Qatari royal family’s relationship with former Pakistani Prime Minister Nawaz Sharif and Qatar’s extensive engagement in Pakistan’s energy sector.

Sharif is facing a judicial investigation regarding his significant property portfolio in London. This is largely based on a letter by the former Qatari prime minister Sheikh Hamad bin Jassim al Thani, who allegedly maintained that the properties were a gift from him to the Sharif family. Siding against Qatar at this crucial juncture would have ended Sharif’s only hope to exonerate himself from the investigation.

The energy sector is another important dimension in Pakistani-Qatari relations. Qatar’s Liquefied Natural Gas exports to Pakistan – despite creating significant controversy in Pakistan due to price issues and the fact that the terms of the Qatari-Pakistani LNG deal is non-negotiable for the next ten years – have been crucial in partially averting Pakistan’s long-standing energy woes.

The Pakistani ambassador to Qatar recently praised Qatar’s ability to deal with internal and “external” threats and expressed confidence that the two countries could increase trade and tourism ties. Doha recently announced that Pakistanis would be granted visas on arrival in Qatar.

As illustrated by Pakistan’s refusal to adopt the Saudi/UAE position on the Yemeni conflict in 2015 and the Qatar crisis six months ago, Pakistan is carefully balancing between Doha and the ATQ without taking sides and even has tried to mediate, albeit with limited success. Pakistan’s policy has been to broaden its strategic engagement with multiple political actors in various regions including China, Russia, and Turkey rather than limiting it only to Islamabad’s traditional allies in the Arabian Peninsula.

Pakistan’s internal politics have contributed to this nascent neutrality vis-a-vis political conflicts involving Saudi Arabia. From the perspective of the Pakistani leadership, there are risks of sectarian problems at home stemming from a foreign policy that is aligned too closely with Riyadh’s.

Given the anti-Arab, pro-Iranian, pro-Bashar al Assad, and pro-Houthi rebel sentiments in certain sections of Pakistani society, Islamabad’s support for Saudi Arabia’s foreign policy initiatives naturally create controversies within Pakistan’s domestic political arena. Undeniably, Iran has maintained a significant degree of clout over Pakistan’s Shia minority, and its policy of maintaining cordial relations with Pakistan’s parliament and media has contributed to its projection as a positive force that does not interfere in Pakistan’s internal matters. Furthermore, various sections of Pakistani media and intelligentsia have accused Saudi Arabia and other GCC states – not Iran – as being proponents of extremist ideologies and entities in the country.

Despite friction between the ATQ and Pakistan, the South Asian country will remain an important ally to Riyadh and Abu Dhabi. As the Muslim world’s second-most populous country and only nuclear state, Pakistan which has a formidable military, plays an important role in the Arabian Peninsula’s security landscape, with approximately 15,000 of its troops deployed to Saudi Arabia during the 1970s and 1980s.

Although the Saudi and Pakistani governments have different interpretations of the terrorism threat and do not share perceptions about which state actors are guilty of sponsoring extremism in the Muslim world, the two countries maintain deep levels of military co-operation, rooted in King Faisal’s reign.

That Pakistan’s former army chief of staff General Raheel Sharif was appointed the founding commander-in-chief of the Saudi-led 41-member Islamic Military Counter Terrorism Coalition (IMCTC) – formally known as the Islamic Military Alliance to Fight Terrorism (IMAFT) – is telling of the role that Saudi Arabia sees for Pakistan in the region. Yet what remains to be seen is how much commitment Islamabad makes to IMCTC and what the anti-terror coalition requires of Pakistan militarily. Naturally, IMCTC is a controversial issue in Pakistan, as is Islamabad’s role in the coalition, and it is unclear how Pakistan’s participation will play out in practice.

Clearly, Pakistan – like other Saudi allies in the Muslim world such as Kuwait, Oman, Indonesia, Malaysia, Morocco, Turkey, and Sudan – is refusing to back Riyadh’s confrontational foreign policy vis-a-vis Qatar. From Islamabad’s perspective, the costs of cutting off ties with Doha would quickly outweigh any benefits. Rather than standing by its close ally Saudi Arabia, Pakistan is likely to continue approaching the Qatar crisis independently.

Riyadh, based on its deep strategic relationship with the Pakistani military and Pakistan’s stature as a strong Sunni political actor and a possible balance against Iran, has not reacted in an aggressive manner towards Pakistan. Nonetheless, the crisis has invariably contributed to new complications in bilateral ties.