After Year of Trump, US is Still Stupefied and Transfixed 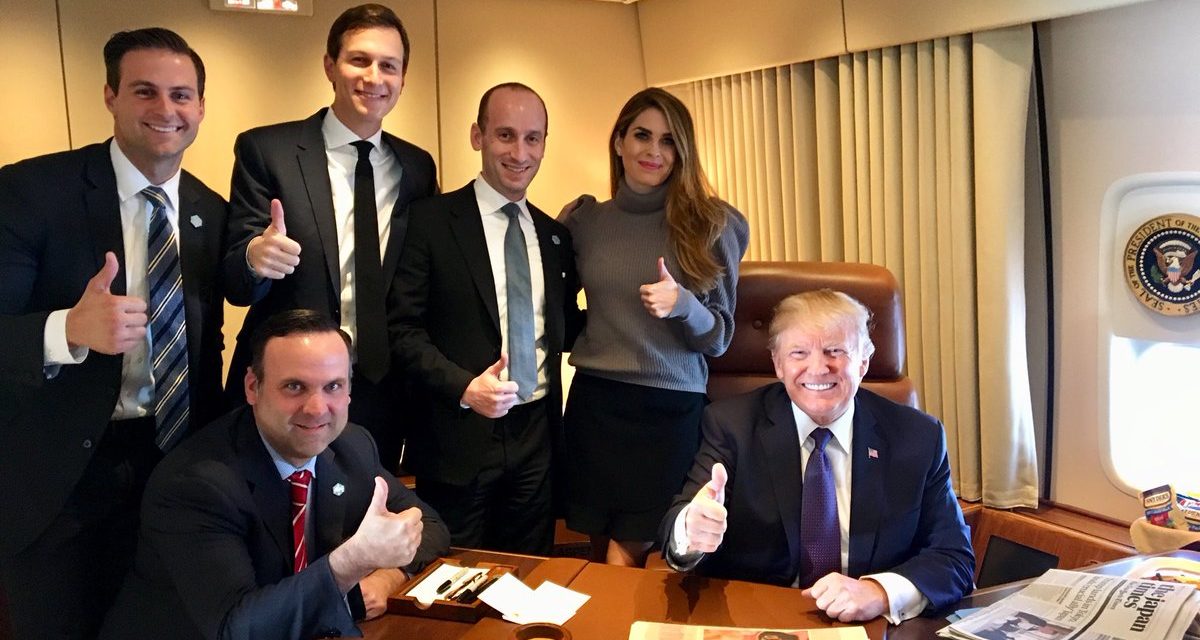 Liam Kennedy, of the Clinton Institute of University College Dublin and The Trump Project, writes for The Conversation:

In the small hours of November 8 2016, in a state of some bewilderment, I wrote a piece on the result of the US election titled: “After poisoning and dividing America, Donald Trump has won an ugly victory.” And come his inauguration on January 20, I asked how to make sense of the Trump era. A year after he won the election, I’m still struggling – and so is nearly everyone else.

Like his campaign, Trump’s presidency is a reality show, one driven by disruption and distraction. As a political spectacle, it is nothing short of stupefying; it transfixes the US and much of the rest of the world alike. But if we can only tune out the noise and understand how this is happening, we can begin to pay attention to what’s going on outside the frame.

It’s tempting to view Trump’s election as a sudden rupture, a shocking schism in politics, culture and society that will in time be read as a defining break in American history. To be sure, it has all the shock value that would suggest, but deep undercurrents of discontent were detectable long before Trump channelled them to the surface.

In the years before Trump took centre stage, many commentators were trying hard to take the temperature of the body politic. Almost all agreed the patient was unwell, with a strong odour of malaise, but they couldn’t agree on a precise diagnosis. The most common refrain was that the “unwinding” of the social contract was reaching crisis point. Yet they struggled to fully pinpoint or clearly name this malaise or what it betokened for American politics and comity. Today, we might simply state it betokened Trump, but he remains only a symptom, not the pathogen.

The zero-sum politics of a hyper-polarised America are only just coming into focus. The strange thing about this political culture is that it’s not principally political; it reflects a form of partisanship that divides Americans even more sharply than the indicators of identity politics would suggest.

A recent Pew poll found American public opinion “more divided along partisan lines than along the lines of race, religion, age, gender, and educational background”. This may be new, it is certainly much more pronounced than in the recent past, and it is worrying for the future of a functioning democracy in the US.

The Pew report also showed that Americans’ social and cultural identities and interpersonal relations are more and more entwined with partisan beliefs. This tallies with growing evidence that Americans are associating more and more along tribal lines, clustering geographically in like-minded communities and taking comfort in shared worldviews. Trump is the perfect candidate for such an emotionally partisan era: a demagogue of the gut rather than of ideology.

While many liberal commentators worry about the stress Trump is placing on democratic institutions and values, some are tentatively confident that they are holding and that they will constrain and outlast the excessive energies of this presidency. Some dare to dream that the constitution holds the answer to their nightmare: that in the end, Trump can and will be impeached. But set against the reality of the new partisanship, this is a liberal fantasy, and yet another example of stupefaction.

Many onlookers and pundits are summing up Trump’s first year with more than a little schadenfreude, revelling in his failure to deliver on big campaign promises. Far fewer are detailing his incremental victories, most of which are being won offstage. Trump is making serious headway on low-key regulatory matters; federal rules are being remade, and regulations on the environment, the justice system, and immigration rewritten. This is revolutionary work being done in the shadows. As The Atlantic reported in August:

These less heralded, less noticed, and sometimes obscure changes to federal policy are more fragile than major legislation; just notice how many of them involve reversing Obama-era decisions that were implemented solely through the executive branch. But their effects are no less real, and in many cases they’re drastic.

The bedrock of constitutional democracy is being steadily crumbled, and the process will continue for a generation. This may be the endgame the Trumpists who survive Trump are dreaming of – a steady progress toward what sometime White House adviser and radical far-right nationalist, Steve Bannon, called the “deconstruction of the administrative state”.

On with the Show

With Trump’s ascendancy, entertainment and politics are converging as never before. Indeed, they may now be inseparable. Far from being changed by the office as many hoped he would be, Trump has stuck to the conventions of showbusiness, and with an apparently flat learning curve, every day in his White House is Groundhog Day. Perhaps this is the secret of the Trump show’s unquestioned ratings success, its repeated stumbles, outrages and insults stupefying the nation.

The Trump show would not be possible, or certainly not a ratings hit, without the revolution in social media that subtended it and which Trump’s advisers manipulated much more effectively than the Democrats. Again, this is part of a much longer-term process, one that’s radically transforming the public sphere: conviction is increasingly being promoted over fact, fuelling distrust in the authority and veracity of mainstream journalism.

While the Trump show has been perfectly scheduled to tap into a submerged but deeply popular and populist mood, it shows few signs of having peaked. Indeed, there are signs Americans are adapting to the bizarre “new normal” on daily display. While Trump’s approval rating dipped to a record low of 32% at the end of October 2017, his hold on the Republican base is as tight as ever: among Republican voters, he enjoys a 78% job approval rating. That’s enough to keep the show on the road for some time yet.

A year after his election, it is no longer correct to view Trump as an aberration, disrupting a broad consensus on the norms and values of the American public sphere. He was and is what we might call an “unknown known” of American public life, supported even as he is disavowed. As some of his more high-profile Republic target=”_blank”an detractors start to flee their party, 78% of Republican voters know exactly what they are voting for.