Syria: Motorcycle Mujahideen — Diary Of A Chechen Jihadi in Aleppo 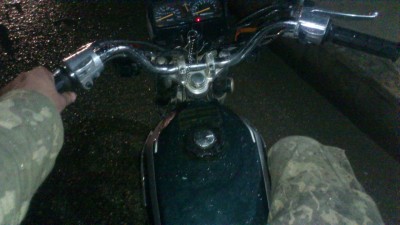 Amid Chechen and North Caucasian participation in the Syrian conflict, many fighters have written about their activities and beliefs, addressing countrymen back home and Russian-speaking Muslims elsewhere in the former USSR.

Most of the major jamaats (groups of jihadis centered around a particular leader) have a website or video channel.

One jihadi — a young Russian-speaking man embedded with Sayfullakh Shishani’s jamaat fighting alongside Jabhat al-Nusra — is keeping a photo diary on the internet about lfe as a fighter and media mujahideen in the northern Aleppo suburbs, likely close to Hraytan.

The young man, who describes himself as a journalist, muses about his everyday experiences: cooking, motorcycling around the Aleppo countryside at night, chatting to store owners when buying supplies in a mini-market, taking photographs of war-torn Aleppo, chatting to folks back home via social media, and eating with other jihadis.

Sayfullakh Shishani, killed last month during a retreat from a failed attack on Aleppo Central Prison, had gathered around him a group of mostly Chechen or North Caucasian fighters who were attracted by his charisma, who did not want to join the Chechen Umar Shishani in the Islamic State of Iraq and as-Sham, or who did not want to join the Chechen-led Jaish al-Muhajireen wal-Ansar, which is part of the Caucasus Emirate.

The diary offers insights into the conflicts, splits, and alliances of the various Chechen groups. For example, the young diarist writes that he is opposed to the fighting between ISIS and other factions. He also notes how independent Chechen jihadi leader Amir Muslim Abu Walid Shishani, a veteran of fighting in Chechnya and Dagestan, regularly eats with Sayfullakh’s jamaat even though he maintains a separation from it.

The diary is also used for outreach, PR, and fundraising purposes, with the author asking for contributions made by a VISA Qiwi wallet.

In these extracts, I have preserved the flavor of the original as much as possible — note that the writer uses lower case to refer to Assad:

This is a minimarket, this man explained to me in Arabic that in Aleppo had used to have a massive supermarket but there’s a war there now, and therefore he opened a minimarket in a safe place. 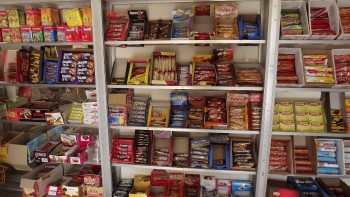 Salam Aleikum, sorry that I disappeared — yesterday we had a wedding one one guy from Kyrgyzstan got married and there was a lot of dawat and we just sat around. Yesterday and today the whole day I ran errands on my motorbike, at night we went around the Aleppo suburbs, or more precisely we looked at what was up there. It’s gotten cold here and yesterday and today it rained. 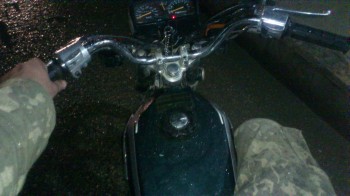 Many people know the word war but don’t understand what it actually is. War is terrible, harsh. History really has not witnessed such a murderer of our people like bashar assad. There are loads of infidels and they have the best weapons but they don’t have faith. Allah is with us and we will win because we have something to fight for — for Allah’s satisfaction. (The photos are of destroyed sites in the recent bombings in the Aleppo suburbs.) 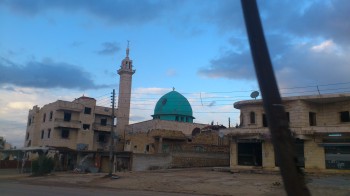 Yesterday night I got really hungry and made myself a modest supper. This is mujahideen fast food. At least we eat this food, at least we have something to eat. But it’s painful to eat even this food, when in Yarmouk (in Damascus) and other besieged areas they are starving our brothers and sisters and little kids who dream about a bit of bread 🙁 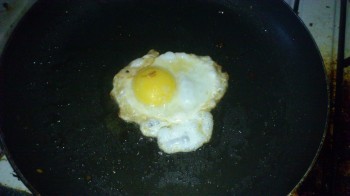 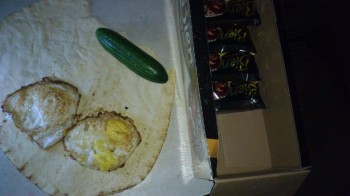