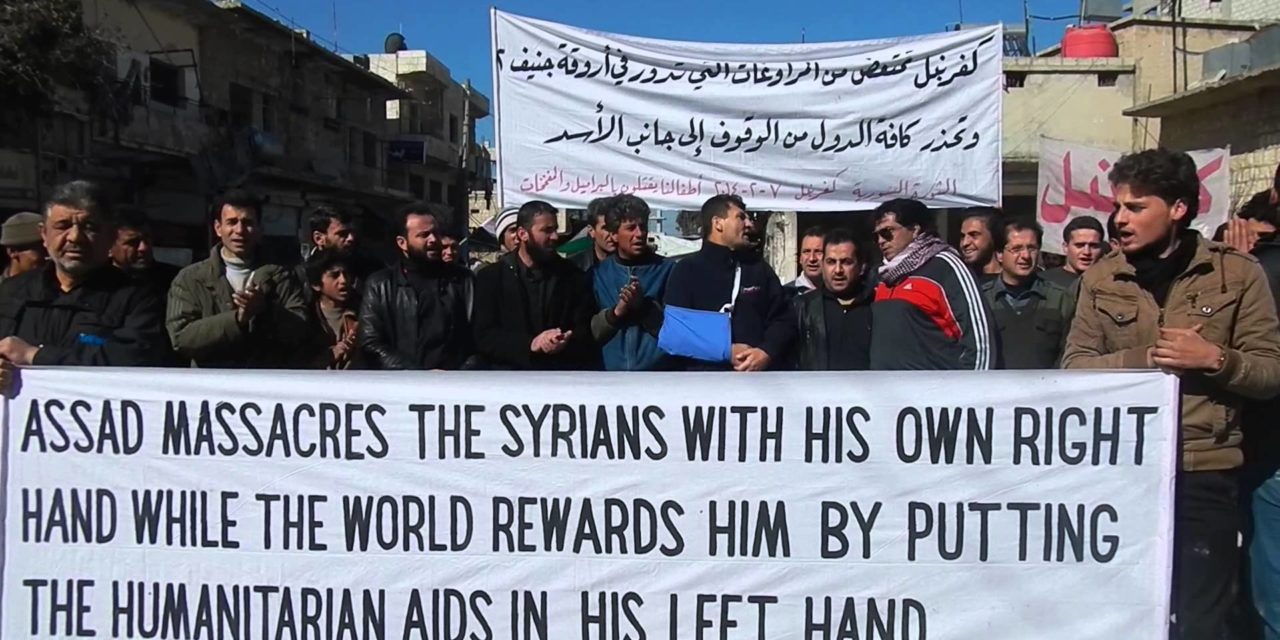 Friday protests in Kafranbel in Idlib Province on Friday slammed the international community, accusing the West of rewarding Syrian President Bashar al-Assad even as he kills his own people.

The protest banners criticize the Geneva II conference, and the Assad regime’s offers to evacuate civilians even as it drops barrel bombs on the areas where they live.

Prominent at the protests was media activist Raed Fares (arm in sling), who was shot twice by assailants last month:

Raed Fares in the square on a Friday protesting oppression with a smile. THIS is resistance. #Syria #WelcomeBack pic.twitter.com/K2rYnvokkD 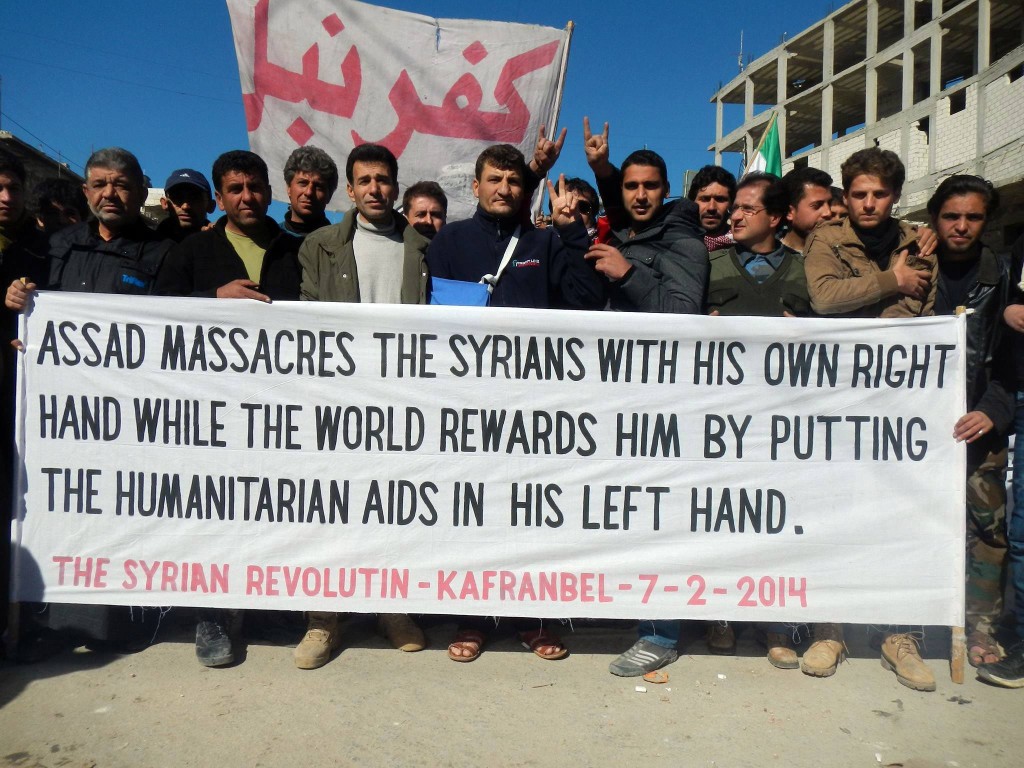 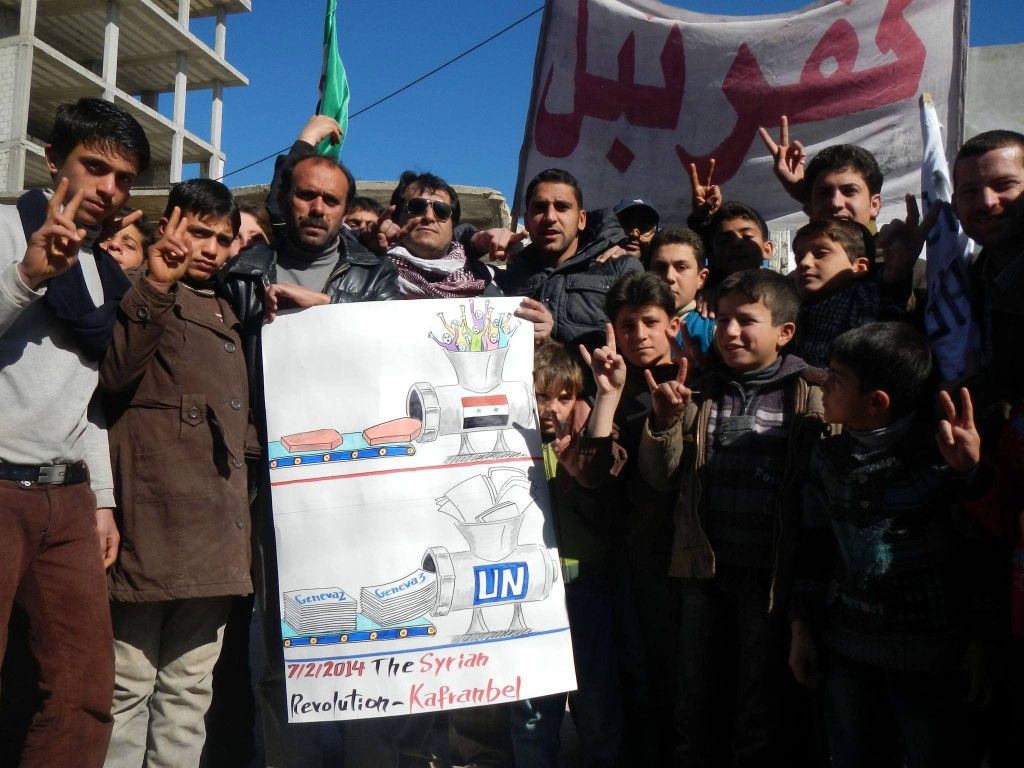 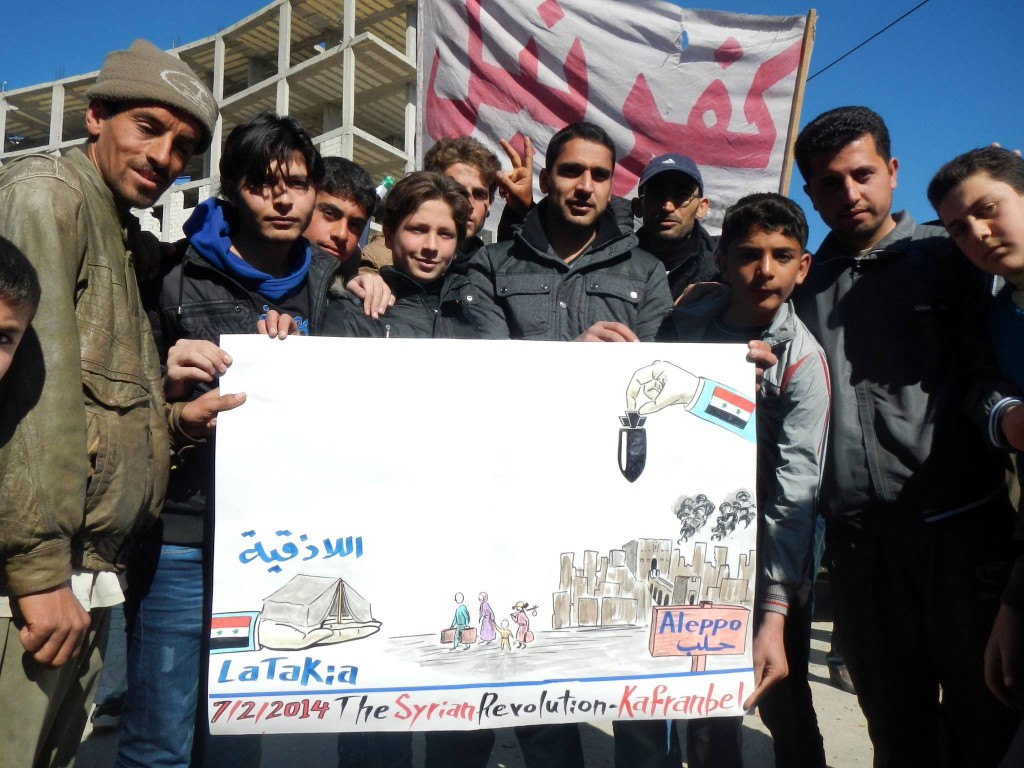