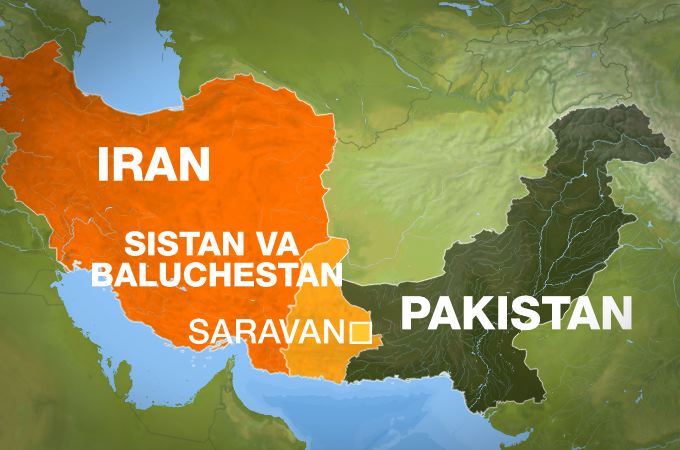 In a new statement, the Sunni insurgent group Jaish ul-Adl (“Army of Justice”) has explained the reasons for its insurgency against Tehran and declared that it will not target Iranian civilians. While emphasizing local issues, Jaish ul-Adl is also calling on the Islamic Republic to end its support for Syria’s President Assad.

Salahuddin al-Farouqi, the leader of the movement, invokes “jihad” but in the context of a local conflict, setting out some of the specific grievances that the Sunni population has against the Shia regime. He extends these grievances by accusing Tehran of oppressing other ethnic and religious minorities, including Kurds and Arabs.

Al-Farouqi insists that Jaish ul-Adl does not intend to strike Iranian civilians, but is acting against military and economic targets to weaken the Islamic Republic.

Jaish ul-Adl started carrying out attacks shortly after its formation in 2012, but there was little discussion of it outside Iran until it claimed responsibility last month for a larger-scale attack against Iranian border guards in the Sunni-dominated province.

In his statement, al-Farouqi links the conflict in Iran to the civil war in Syria, accusing the same authorities who are oppressing Sunnis in Sistan-Baluchestan of taking part in the oppression of Sunnis in Syria.

Farouqi is not invoking Syria as an entry point to situate Jaish ul-Adl’s struggle as part of “global jihad”. Instead, he complains that the international media have ignored the oppression of Iranian Sunnis, while “not hiding from anyone” the oppression of Sunnis in Syria by the Alawites. If the press is making so much noise about Iran’s role in the Syria conflict, then why can’t they do the same about the conflict in Sistan-Baluchestan?

We have translated the interview from the Russian version on the pro-Jihad website Umma News.

In the name of Allah the most Gracious and the most Merciful.

“Permission [to fight] has been given to those who are being fought, because they were wronged. And indeed, Allah is competent to give them victory.

[They are] those who have been evicted from their homes without right — only because they say, “Our Lord is Allah.” And were it not that Allah checks the people, some by means of others, there would have been demolished monasteries, churches, synagogues, and mosques in which the name of Allah is much mentioned. And Allah will surely support those who support Him. Indeed, Allah is Powerful and Exalted in Might. 22: 39-40

Verily, the oppressed have been granted permission from Allah for Jihad. Because they have seen and tasted sorrow, and Allah has made them a gift, allowing them to rise up with weapons [to wage] Jihad against the oppressor, they were expelled from their homes, have been subjected to torture in their homes — and not because they committed some offense, but because they were worshipping Allah alone, who has no associates.

If Allah had not ordained self-defense and resistance against the oppressor, they would have destroyed Christian churches, Jewish synagogues, and the mosques of Muslims. He who helps Allah and obeys His orders, Allah will certainly help him, and there is no force that can match His power.

If we abide by the orders of Allah in the Battle against the oppressors, aggressors, and criminals, then the aggressors will certainly cease to display their hostility and arrogance in the land and to appropriate the qualities which are worthy only of our Almighty Allah.

We congratulate each Shahid Sunni in Iran, who gave his pure soul to defend his religion and beliefs. Who were killed by the hands of the most notorious enemies of this Ummah —- the criminal Safavids. [Ummah News adds — “The Safavids were the Iranian Shah’s dynasty, which ruled from the beginning of the XIV century. Its founder was Ismail al-Safavi, 1501-1524. At first they put forward a plan for Shiism as the state religion, and it is in their the era that Shiism established itself as the dominant current in Iran.].

I hereby give a good farewell speech to our free Battalion, the Jaish ul-Adl, in their last organized, successful operations against the armed forces of the Government of Iran. And I hope to God that our Mujahideen continue to act against this clear enemy, and that they will continue to expand in consideration of this struggle.

We have created Jaish ul-Adl on the basis of correct belief to protect the Ah Sunnah in Iran in general and the oppressed Baloch people in particular, and to repel the invaders and those who wage war against our religion.

Protecting our honor, our religion and our land is a legitimate right and a religious duty — and all human laws justify these actions.

The Iranian army is one of the most wicked of armies on Earth, and its relation to the Ahl us-Sunnah in Iran is truly fascist. Their anger against us is so overt that they have even started to call us enemies, Wahhabis and other terrible nicknames, and it is all because of their hostility to us.

To put an end to our religion and our beliefs, these criminals are willing to give everything that is dear. To extend their wayward religion, they are willing to violate all religious and human principles.

Thousands of young Baluchis, Kurds, Ahwazi Arabs have been killed by Khomeini’s criminals.

Hundreds of Sunni scholars have been eliminated either by murder or by execution by hanging. Sunni mosques are not exempt from the oppression and tyranny of Khomeini. Most of the famous religious schools in Balochistan have been destroyed, out of which came hundreds of students and Qur’an scholars, who flocked there from all over the Sunni regions of Iran. The mullahs in Tehran and their criminal forces make fun of our religion, our pride, and our honor.

Moreover, because of the hatred toward the Ahl us-Sunnah and other ethnic groups, with the exception of the Persians, they began to change the identity of Sunni areas in Baluchistan, Kurdistan and Ahvaz. They fully occupied these lands and changed their identity from Sunni to Shia.

They exploit the poverty of the non-Persian peoples, especially the Sunnis, to turn them into Shiites. In the richest lands of Iran, you will see the poorest people. In Ahvaz the government confiscates the natural resources of natural gas and oil, and you’ll see that the people of Ahvaz are even poorer than the people of Africa. In Balochistan the government confiscates natural minerals, uses its land and water borders, and you will see how the people of Baluchistan suffer from a lack of water! This practice is done only to convert people to Shiism in these areas and to erase their religious and cultural identity. How criminal they are!

These countless crimes would not have occurred if it were not for our inaction and silence about them. Today, praise be to Allah, our young people stood under the banner of Jaish ul-Adl to oppose criminal Safavid enemy. They proved to the world their determination, that they will not surrender to the enemy, even if the whole world leaves them without help.

Whatever we may say about the people, our youth — praise be to Allah — are ready to sacrifice their souls, until the help of Allah comes.

And Jaish ul-Adl promises this cruel regime and its gang that it will continue, Allah willing, its struggle and resistance.

The hands of the government and his gang stink of blood. They decrease Ahl us-Sunnah, not only in Iran, but all over the world, and for thinking people today this is not a secret.

We tell the world that Jaish ul-Adl does not have civilian targets in Iran. Praise be to Allah, since its inception — more than a year — it has never attacked civilian targets.

Our objectives are clear — they are the military, political, economic, and all objects that will damage this regime.

Jaish ul-Adl is the servant of every Sunni in Iran. As for our brothers in Syria, protecting their honor from Khomeini’s tyrant-fire-worshippers is our legitimate right. We therefore call upon the Iranian government not to interfere in the conflict, either economically or militarily, to kill women and children. This position of every Muslim and of every person who has a heart.

Truly, many Muslims have not heard about the oppression, persecution, and murder of Sunnis in Iran, and this is all because of the misguided Persian media and the international media.

But what is happening today in Syria, is not being hidden from anyone. They [Alawites] are among the followers of Khomeini. The very same followers that are in our country, and their leader is located here.

I ask Allah to facilitate our mutual relationship with our brothers in religion around the world. I, a poor servant of Allah, I ask you, O Ahl us-Sunnah, that you refrain from believing the lies of the system and do not be led astray by their media hype.

We of Ahl us-Sunnah must unite, otherwise we will never win. Allah has ordered us to strengthen our ranks, to unite and help the oppressed. That is why we rebelled against them.

I demand that the Iranian armed forces do not harm the Ahl us-Sunnah, that they do not cause damage to innocent people and that they do not participate in killing the Syrian people, or we, Allah willing, are ready to respond to you at any time. And we, thank Allah, are not afraid of recriminations, and we do not fear death on the path of Allah.