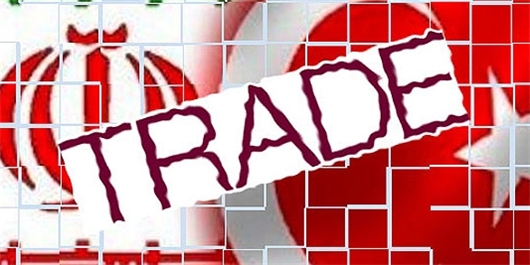 Iran is already reaping diplomatic dividends from Sunday’s interim nuclear deal, with a visit to Tehran by Turkish Foreign Minister Ahmet Davutoglu leading to proclamations of a common approach to the Middle East.

Ties between Tehran and Ankara have strained by the ongoing tensions over Iran’s nuclear program and their differing alliances in the Syrian conflict, with the Islamic Republic backing the Assad regime and the Turks supporting the opposition and insurgency.

However, on Wednesday, Davutoglu and Iranian counterpart Mohammad Javad Zarif united in calls for a halt to the fighting and a conference to resolve the civil war.

“All efforts must be directed at ending the conflict and [establishing] a ceasefire in Syria even before the Geneva II conference,” Zarif said.

Davutoglu declared, “We should not wait until these two months (and let) the Syrian people suffer a worse situation. Even before Geneva II, the ground should be prepared for reaching a ceasefire which will lead to success at Geneva II.”

The reconciliation has been furthered by the easing of sanctions in Sunday’s nuclear agreement. Provisions allow Turkey, one of Iran’s largest trading partners, to resume payment for oil and natural gas with the transfer of gold.

Speaking on Tuesday at the meeting of the Economic Cooperation Organization in Tehran, Davutoglu linked the political reconciliation with the resumption of trade, especially in the energy sector:

In my point of view, when Turkey and Iran join hands, this will not only benefit both countries, but also become the backbone of regional stability….

Turkey’s annual energy demand is $60 billion. Turkey is a corridor country, Iran is a producer country. If we fuse both potentials, Turkey could become the corridor of energy provider Iran.

At a place and time where some try to instigate sectarian conflicts, the dialogue between Iran and Turkey is the most important dialogue in the region.

According to Iran’s Fars News, Davutoglu said at Wednesday’s press conference with Zarif, “We hope that the value of the two countries’ trade transactions will increase to $30 billion in 2015 and $100 billion in 2020.”

Turkey’s trade with Iran was $22 billion in 2012 before the full impact of US-led sanctions. Ankara’s ministers said this summer that, despite the restrictions, they hoped the level would rise to $30 billion.

Commander of Border Force “We Have Insurgents Under Relative Control”

The Commander of the Border Guard Forcem General Hossein Zolfaqari, has insisted, “The country’s Southeastern borders have come under relative control, and internal securities have also been harnessed through the measures taken.”

The general said that the control had been re-established, even though had been 33 armed clashes on the border with Pakistan.

Rouhani Talks to Assad About “Restoring Stability and Peace”

As Iran presses for its involvement in any international conference on the Syrian conflict, President Rouhani has spoken by phone with Bashar al-Assad.

According to Iranian State media, Rouhani declared, “There is no military solution to the crisis in Syria, and restoring stability and peace in the friendly country of Syria is one of the objectives pursued by the Islamic Republic of Iran.”

Rouhani praised Assad’s cooperation with the Organization for the Prohibition of Chemical Weapons to hand over and destroy its chemical weapons following the Syrian regime’s attacks of August 21 near Damascus.

The Iranian President reportedly denounced “terrorist activities carried out by foreign-sponsored militants and Takfiri extremists in Syria as a threat not only to Syrians but also the whole region”, while expressing concern over humanitarian conditions.

Rouhani said, “We will exhaust all our potentials to provide political and international assistance and humanitarian aid for the people of Syria.”