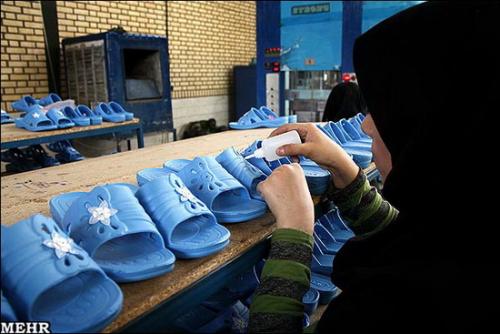 Readers who have visited Iraq, Afghanistan, or the United Arab Emirates may have noticed a cool new sartorial trend — baby-blue plastic flip-flops accessorized with a charming flower on the front.

The flip-flops are manufactured in Iran’s Qom Province, which has proudly exported $90 million of the open-toed summer footwear must-haves, according to the latest “good news” story circulating in Iranian media.

The report contains a defiant, upbeat message from the head of the Chamber of Commerce in the holy city of Qom, Abualfazel Haki: “Qom’s exports will not stop and nothing can hinder export from Qom Province.”

Speaking to Tasnim News, Haki said Qom’s exports had risen a whopping 50% in the first half of the Persian year.

“This shows that nothing can prevent exports from Qom,” the Chamber of Commerce head added.

Haki said that Qom’s biggest exports were shoes and flip-flops, most of which were exported to Iraq but also to the United Arab Emirates, Central Asia, and Afghanistan. However, he emphasized that Qom also exports Persian rugs, detergent, oil, and oil products.

Those concerned that Iran’s imports and exports could be linked to its controversial nuclear program may rest assured — it would be difficult to conceal fissile material inside these open-toed sandals.

Have you seen a pair of the Fabulous Qom Flip-Flops? Send us a picture — preferably of you wearing them!