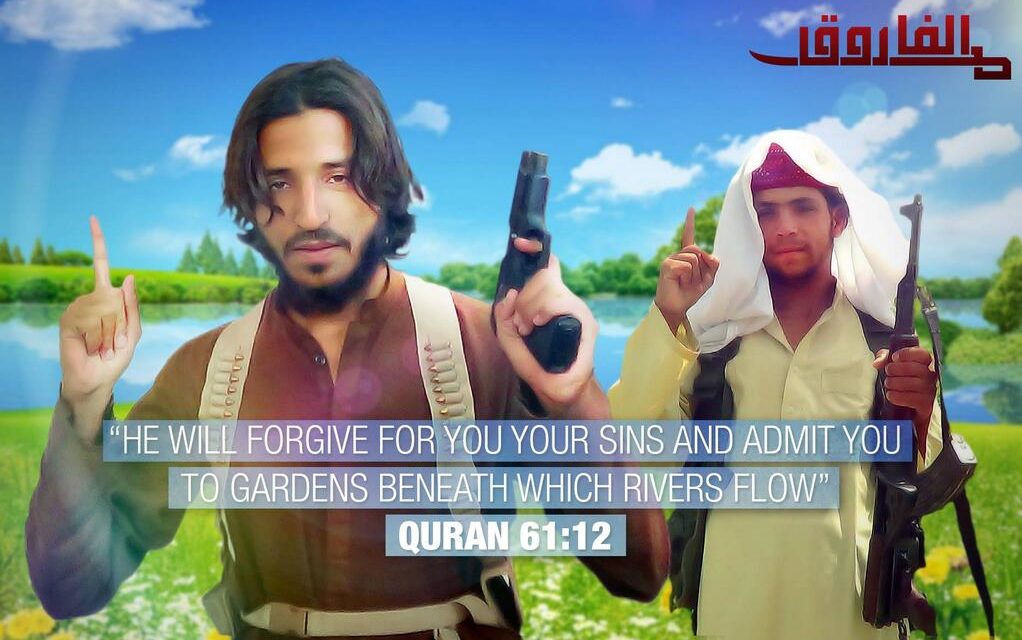 Harakat Ansar Iran (HAI), a separatist group based in Iran’s predominantly-Sunni province of Sistan and Baluchistan, threatened on Friday to carry out further attacks on the port of Chabahar.

The insurgents compared their actions with those of the early Muslims to emphasize that this was part of an economic war against Iran.

Earlier this month, HAI claimed that they successfully carried out an attack in Chabaharm on Iran’s southeast coast, on July 9. The regime claimed that the attack was foiled by its security forces, who managed to shoot dead the would-be suicide bomber.

In a series of tweets on Friday, HAI’s English-language spokesman linked the group’s attacks on Chabahar to the actions of the followers of the Prophet Mohammad, who attacked caravans belonging to the powerful Quraysh tribe as part of an economic war against Mohammad’s enemies:

We attacked Chabhar twice bcoz it is important for Iran's economy, much like Rasul Allah bled Quraish's economy by attacking its caravans.

@AnsarIran_eng And we will continue to attack it. So prepare for the next Badr Insha Allah! pic.twitter.com/SVqLtoVge8

Earlier this month, HAI’s Arabic-language social media spokesman — who tweets in Arabic under the name of HAI’s leader, Abu Hafez Al Baluchi — claimed that Iranian security forces were using helicopters and ground forces to comb the area around Chabahar, a sign that Iran incurred losses in the suicide attack.

On Friday, HAI said that, by sending Revolutionary Guards forces into the mountains to search for their fighters, Iran was stirring up more sectarian dissent and increasing the insurgency’s popularity among local people in Sistan and Baluchistan:

Dont the Iranians know that sending revolutionary guards into our mountains to terrorize our innocents only raises popular support for us?

The IRGC are not capturing 'terrorists' in our mountains. They are giving our people even more reason to support us.

Each time we struck Iran, the gov. responded by deploying troops & tightening security. Operations that were cheap 4 us cost Iran millions.

The resurgence of Sunni separatism and sectarianism in Sistan and Baluchistan poses more than just a local security issue for Tehran. The regime has expended great effort to establish “security” by suppress the movement in Sistan and Baluchistan, boasting that it had succeeded in destroying HAI’s predecessor, Jundollah, when it publicly executed its leader Abdolmalek Rigi in June 2010.

On Friday, Iran’s English-language Press TV noted that Chabahar is of “immense strategic and economic significance for India”, asserting that New Delhi has suggested it could invest as much as $100 million into developing the port, improving its berthing facility, and expanding its container terminal.

Press TV quoted India’s Ambassador to Afghanistan that the Indians preferred Chabahar to Pakistani territory for transit: “He added that New Delhi stands firmly committed to the development of Chabahar Port in cooperation with the Islamic Republic. [He] said the transit of Indian goods through the Iranian port will benefit India, Afghanistan and Iran.”


Fars News — close to the Revolutionary Guards, cited Afghanistan’s Ambassador to Iran, said on Friday that Kabul is “interested in making investments in Chabahar Free Trade Zone in the Southeastern province of Sistan and Balouchestan”.

India and Afghanistan could be deterred from that investment if groups like HAI succeed in creating instability in the local area.