6 Killed in Shelling of Afrin in Northwest Syria 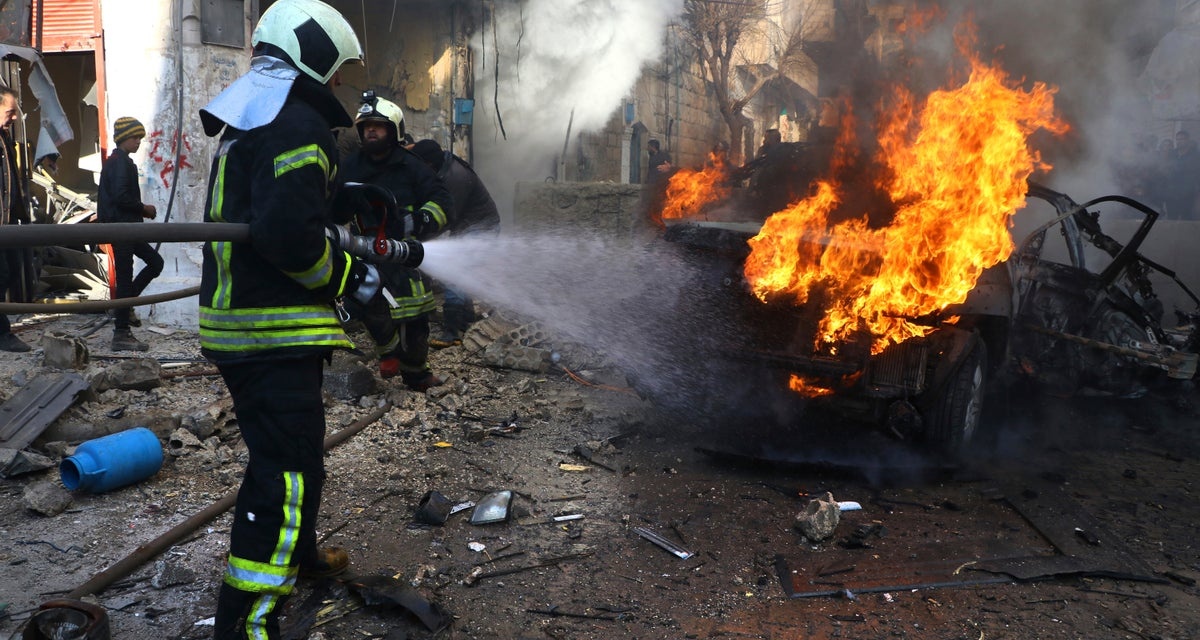 Six people have been killed and more than a dozen killed in shelling of the city of Afrin in northwest Syria.

The attack reportedly came from an area where both the Kurdish militia YPG and Assad regime forces are present.

The White Helmets civil defense said residences were set on fire, and posted video showing the retrieval of a burnt body from a damaged building.

Painful displays show #WhiteHelmets teams' response to the massacre caused by missile strikes fired from SDF and regime-controlled areas on residential neighborhoods in #Afrin city, north of #Aleppo where 6 civilians were killed and 24 others were injured.#WhiteHelmets pic.twitter.com/papjALiGBC

ORIGINAL ENTRY, JAN 14: At least three people have been killed in a series of bombings in northwest Syria near the Turkish border.

A civilian was killed after an improvised explosive device was detonated in a vehicle near a transport office in the city of Azaz, close to the main border crossing.

Hours later, three people were wounded in a suicide bombing in a marketplace in the town of al-Bab. Moments after that, a suicide bomber struck a roundabout in the city of Afrin.

The bombings were the first this year in an area regularly attacked by bombers.

Displays of the teams' response to an unknown explosion that led to the death of a person and caused material damage in #Karaj_AlNaqil in #AlBab, east of #Aleppo#WhiteHelmets pic.twitter.com/nelLTLL3sS

Turkey intervened in August 2016 alongside anti-Assad factions in the northwest, initially to push out the Islamic State and then to take almost all of the Kurdish canton of Afrin. Ankara blames the Kurdish militia YPG for the attacks. The YPG accuses Turkey of killing civilians in drone strikes.

There are an estimated 4 million Syrians in the opposition-held portions of Idlib and Aleppo Provinces.