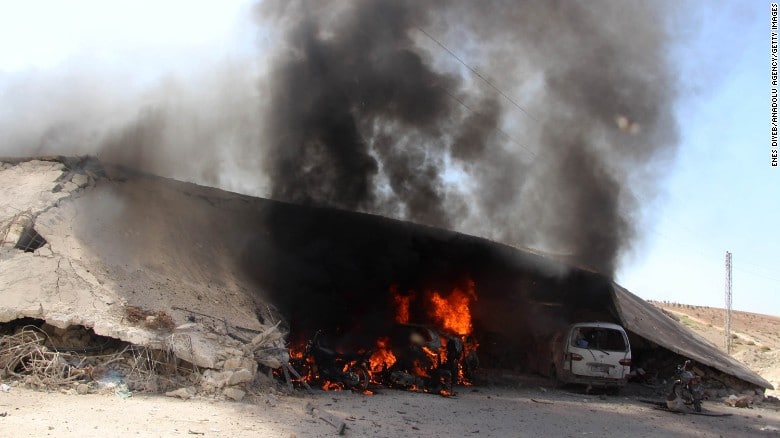 The anti-Assad operations began just after dawn, following pro-Assad assaults across the area in recent days despite a Russian-proclaimed “de-escalation zone” and the arrival of reinforcements for their own offensive. Rebels and HTS struck near a series of villages and towns, with the focal point near the fortified town of Ma’an:

Pro-opposition media say that both sides are using artillery, rockets, and mortars in today’s fighting, and that regime warplanes have carried out airstrikes over the town of Morek and the village of Atshan.

But rebels claimed they inflicted heavy casualties on pro-Assad troops, including “lots of foreigners, especially Iranians and also Russians — both Wagner [private contracted personnel] as well as army”.

One well-placed local source declared, “Russia and regime let their troops die by the hundreds on the actual frontlines, because their jets targeted civilian infrastructure in idlib instead of attacking rebel forces.”

Another source assessed, “I don’t think the Hama counter-offensive (as well as attacks in the al-Ghab Plain and Aleppo) aims at gaining ground. It’s all about killing and wounding as many regime troops as possible — and spoils of war, of course.”

Regime and Russian warplanes carried out scores of attacks on Idlib Province in northwest Syria throughout the day, with flights from the Hama and Shayrat bases in Hama Province, T4 in Homs Province, and Hmaimim in Latakia Province.

A doctor sent this video of Rahma hospital in Khan Sheikhoun. You can see ambulances destroyed by the bombing. pic.twitter.com/YB7VLueuec

The regime’s line, spread by al-Masdar, was that the attacks were on “rear-area targets belonging to Al-Qaeda in order to limit the ability of terrorist forces to resupply and reinforce their offensive”.

The site claimed more than 100 attacks, half by regime jets and half by the Russians.

A damaged ambulance amid the rubble of Tawlid Hospital in al-Tah: 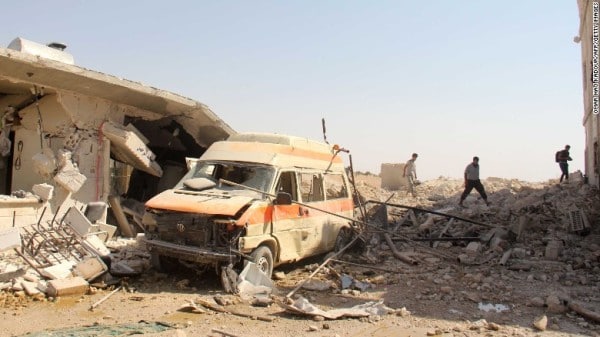