Syria Daily, May 6: Will Iran Prop Up Assad With Another $1 Billion? 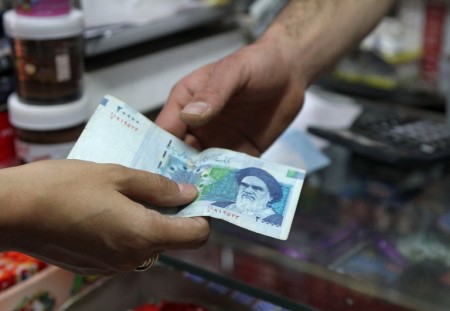 The head of Syria’s Central Bank says that Iran is considering the provision of another $1 billion line of credit to prop up the Assad regime.

Adib Mayaleh claimed Tehran has given preliminary approval for the credit line.

Iranian State media are recycling Mayaleh’s statement without adding any news about the Islamic Republic’s decision.

In July 2013, Iran extended $3.6 billion to Damascus, mainly for the purchase of essentials such as energy products and food. The Assad regime has been trying for months to assure another line of credit when the initial funding runs out.

Shortages are becoming more serious, as the Islamic State has captured most oil and gas fields and food production has been restricted by the four-year
conflict. The Syrian currency has lost more than 80% of its value. Prices are rising to the point where a month’s salary in Damascus equals the purchase of 25 kilograms (40 pounds) of bananas. Housing is close to unaffordable, unless a home is already owned in full.

Mayaleh insisted that the regime still has money left from the July 2013 agreement, which he said was only $1 billion.

The Iranian regime, facing its own economic difficulties amid US-led sanctions and sharply reduced oil exports and prices, has appeared reluctant to provide another line of credit. Syrian officials have been negotiating, including visits to Tehran, for the extension since last November.

The Central Bank Governor accused Turkey, Qatar, and Saudi Arabia of waging an economic war on Syria and also blamed Syrians for their trading in foreign currency: “These speculators are just like the armed gunmen.”

In recent weeks, the Assad regime has ordered exporters to sell all foreign currency to the Bank, and security forces have raided commercial premises and even residences looking for any holdings.

Mayaleh insisted the Bank has not used its foreign reserves, relying on inflows of $10 million daily from personal transfers and exports to fund imports.

Turkish authorities arrested four prosecutors and a gendarme officer on Wednesday over an attempted search of Syria-bound trucks belonging to the State intelligence agency.

The prosecutors and officer suspected the trucks were carrying arms to Syrian rebels.

Local media said the arrests were part of a crackdown by President Recep Tayyip Erdoğan on followers of the US-based Islamic cleric Fethullah Gulen.
Private broadcaster CNN Turk said the five were charged with attempting to “topple or incapacitate” the government through use of force or obtaining and exposing information about the security and political activities of the state.

The MIT intelligence agency, considered loyal to Erdogan, refused to allow the search of the trucks in the southern province of Adana last year, and the vehicles eventually moved into Syria.

In a notable example of news selection, Syrian State news agency SANA is headlining an Amnesty International report criticizing Saudi Arabia while overlooking a report saying that the Assad regime is committing war crimes with its attacks in Aleppo.

The website says nothing about Amnesty’s 61-page report on Tuesday detailing the killing of more than 3,000 civilians in Aleppo by regime bombing and shelling from January 2014 to March 2015.

Claimed footage of a Free Syrian Army attack collapsing a building with regime forces in the al-Rashidin section of western Aleppo city:

Over the last month, rebels have been pressing Syrian forces with shelling and a series of ground attacks in several areas of Aleppo.

Video indicates rebels have taken the last hill, Tal Ma’ar Tab’i, controlled by the regime near the town of Ariha:

Rebel fighters claimed all high ground around Ariha, one of the last towns held by the regime in Idlib Province. Its fall would further bolster a rebel offensive which has cut off Syrian forces south of Idlib city and moved across southern Idlib and northern Hama Provinces.

The rebel faction Jaish al-Islam has announced the recapture of the town of Mayda’a, northeast of Damascus, after a weekend offensive by the regime.

Jaish al-Islam said its counter-attack had taken the key positions of the village of Tal Asfar and the Spedaj factory outside Mayda’a.

Syrian forces were hoping to take Mayda’a to cut off rebel-held Damascus suburbs, including the key position of Douma, from al-Dumayr further to the northeast. The Syrian military claimed “full control” by Sunday, but pro-rebel outlets countered that the offensive had been repelled with heavy losses to the attackers.

Syrian State media has not responded to the rebel announcement.

Hezbollah’s Nasrallah: “We Are Confronted by Psychological War Against Syria”

The leader of Hezbollah, Hassan Nasrallah, has backed up the Assad regime’s declaration of “lies and rumors” against Damascus in a speech on Tuesday: “We are in front of a psychological war which seeks to affect the determination and struggle of Syrians and to achieve, through rumors, what it has failed to gain during the 4-years universal war on Syria.”

Last week, Syria’s Information Ministry responded to recent rebel victories with the claim “lies and rumors regarding the security, military, economic, and political situation” were being spread “to affect the morale of the Syrian civilians and soldiers alike”.

Nasrallah, saying that Hezbollah “will remain assuming our responsibility in Syria”, acknowledged that not all news of rebel strength was a lie: he said the threat of “terrorist groups” in the Qalamoun region, where fighting escalated this week, is “real and imminent”.

Pre-empting an anticipated offensive by Hezbollah and Syrian forces in Qalamoun, which borders Lebanon, rebels attacked on Monday. They claimed they took a series of villages and inflicted heavy losses on Hezbollah and Syrian troops, while pro-Assad outlets insisted the rebels had suffered defeat and widespread casualties.

Two Hezbollah commanders, Tawfeeq Najjar and Ali Ulayyan, have reportedly been killed in the fighting.