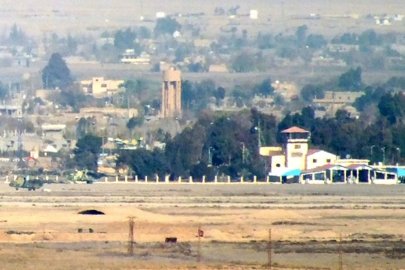 Heavy fighting was reported on Saturday in the Islamic State’s offensive on Deir Ez Zor military airport in eastern Syria.

Each side claimed that the other had suffered significant casualties. Unconfirmed claims circulated of a chlorine gas attack by the Syrian military, which has been using aerial bombardment in an attempt to check the five-day assault by the jihadists.

The airport is one of the last regime bases in the province near the Iraq border, most of which has been occupied by the Islamic State this year. The jihadists have taken several nearby villages this week, and have carried out suicide bombings on the main entrances to the airbase.

Fighting has also been reported in Deir Ez Zor city, with the Islamic State trying to push the Syrian military into a small corner.

Syrian State media declared on Saturday that regime forces had repelled the Islamic State in several areas: “Scores of the terrorists were killed in the operations, with their vehicles and weapons getting destroyed.” It aired footage of Syrian troops standing near bodies of dead fighters.

The Oryx blog has a detailed report on Syrian Army deployments and the fight for Deir Ez Zor city.

The Army said the town of al-Dimas, near the Lebanese border, and Damascus International Airport were struck. It claimed material damage to some facilities.

The General Command claimed Israel was trying to “raise the morale of terrorist organizations, including the Al Qaeda-affiliated Jabhat al-Nusra and ISIS [the Islamic State], following the consecutive strikes directed against them by the Syrian Arab Army”.

Israel’s jet have occasionally hit Syrian targets during the 45-month conflict, including the “Syrian Scientific Studies and Research Center” — reportedly Syria’s main facility for chemical and biological weapons — and convoys of missiles in Lattakia Province in western Syria and en route to Lebanon.

Video: Kafranbel Protests “It Seems We Do Not Deserve to Live on Earth”

The Friday protests continue in Kafranbel in Idlib Province in northwest Syria, known for its iconic posters. The most recent rally highlights the announcement of the World Food Programme that food aid to 1.7 million Syrians will be suspended because of lack of funds:

The Homs Media Center has posted the names of 82 of the 131 prisoners reportedly executed in an Intelligence Branch prison because they were suffering from pneumonic plague.

The Intelligence Branch allegedly killed the prisoners rather than accepting the advice of a medical committee for treatment and better conditions.